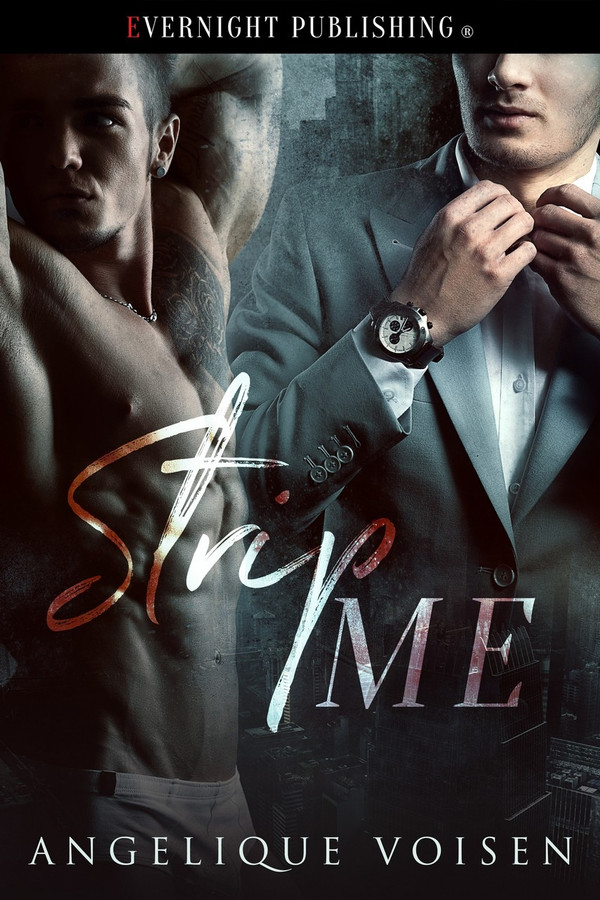 How can the normal guy and the sexy male stripper make it work?

Dirk Thompson thought he found his one and only…then his husband cheated on him. Heartsick, lonely, and full of anger, Dirk can’t find the courage to move on until he meets Ken.

It’s not like Dirk to take a wild ride with a stranger, but Ken strips him bare and turns his world upside down.

“I said I’ll help you forget your pain.” Ken waited, testing Dirk’s reaction. He didn’t think surviving Dirk’s potential rejection was possible, though, not after all he’d done to lure him here.

With his teeth, Ken caught Dirk’s bottom lip, nipping at it. His breaths hitched when Dirk settled one arm around his waist. Dirk’s other hand cupped Ken’s ass, pinching one cheek through the thin fabric of his briefs.

“No reason. Can’t we just be two strangers who happened to meet and fall in love?”

Dirk’s harsh laugh jarred Ken’s insides. “Love? Give me a break. The world doesn’t work like that.”

Grabbing Dirk’s left hand, Ken traced the line of discolored skin where Dirk’s wedding band had once sat. Somewhere between the park and the club, the man had slipped off that infernal ring, likely placing it in one of his pockets. The fact that Dirk hadn’t tossed the band off the bridge, though, had told Ken enough. Dirk hadn’t moved on from his bastard of a husband. But Ken had meant every word he’d told Dirk earlier—if Dirk would eventually be his to keep, the thought of sleeping with other men would never occur to him.

Releasing Dirk’s hand, Ken pressed his head against the man’s chest, closing his eyes. Dirk’s chest rose and fell against him, his heart beating as fast as Ken’s, uncertain yet excited about the unknown.

“Sorry,” Dirk murmured. He shifted his hand from Ken’s ass to stroke the length of his spine, his touch possessive, yet unexpectedly gentle.

“You apologize too much,” Ken stated.

To shut Dirk up, he kissed him. Unsurprised, Dirk clasped the back of his neck, and Ken melted against the man’s heat, yielding to the demanding press of his mouth. Stop talking, start fucking. Ken had always said those words to his hook-ups, but Dirk wasn’t a mere distraction.

For as long as Ken remembered, he’d switched men as often as he’d changed condom flavors. Relationships never interested him. They took too much work and crushed the soul. Wanting something more than casual sex frightened him.

Sometimes finding “the One” ends in tragedy – when that guy turns out to be a cheating loser, for example. This is the situation Dirk is facing, except a dishonest ex isn’t all he has to deal with: there is his lack of self-esteem, anger issues only made worse by the ex and the ex’s new boy toy, and a general reluctance to move on and try again. What Dirk needs is a wake-up call, or maybe a reason to take the next step, and he finds exactly that when he meets Ken. Ken and Dirk are very different men, and this story proves, yet again, that can actually be a good thing. Ken is impulsive, loves life, and is a stripper. Dirk is organized, somewhat predictable, and works in an office. But there is a spark between them from the very first, and it was fun and entertaining to watch them fan it into a flame. A lot of their initial attraction is physical, and Dirk feels as though he is being pulled along by a tornado, but their differences can work out to their advantage and as soon as that becomes apparent, they manage to find a new equilibrium. If you enjoy short, hot reads with lots of innuendo, humorous banter, and insta-lust, if you think men from the opposite end of the impulsiveness spectrum can figure out a way to be together, and if you’re looking for a short, light read, then you might like this novella.

Love Me Broken by Angelique Voisen