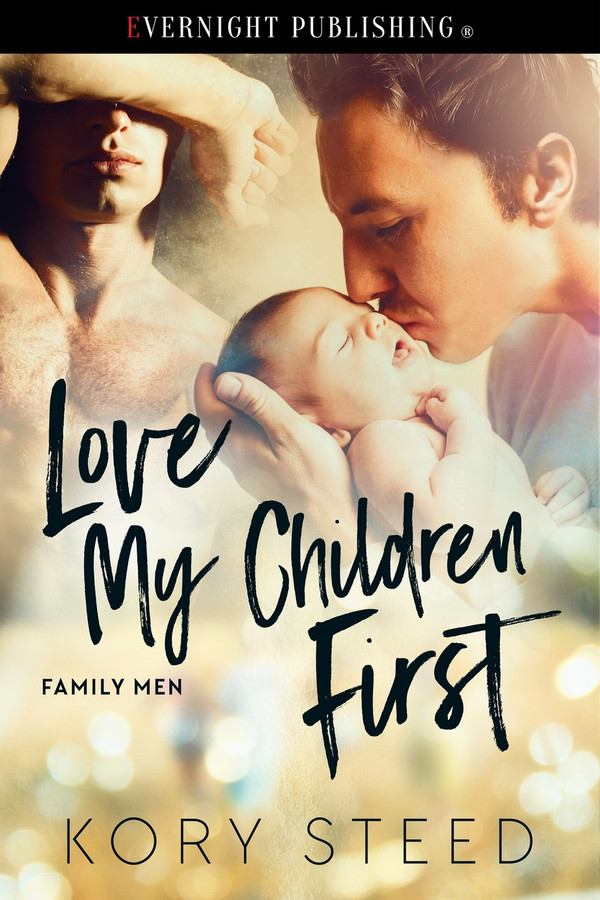 Toby Jacobson is a happily married father of four with a fifth child on the way, but a sinister illness lurks in the shadows. A month after the birth of his daughter, the unimaginable happens when his wife, Sydney, dies after suffering a brain bleed. Facing a future without her, Toby searches unsuccessfully for a live-in nanny to care for his children. Then a friend recommends a highly qualified but inexperienced former classmate. There is a catch, though. Cliff Turnbull is a man.

While managing life-threatening emergencies, emotional outbursts from grieving children, antagonistic parents, a meddling mother’s interventions, and memories of Sydney, images of a gay, youthful fling return to Toby. Physical yearnings begin to surface in Cliff. In the ensuing weeks, as a smoldering physical attraction begins to grow between them, Toby and Cliff travel a tumultuous path while they try to regain some semblance of order and a build new life for the family. Through it all, Cliff remains steadfast in his support of Toby and the children as they slowly discover a depth of love that no one could have believed possible and a passion than neither could have imagined.

Toby stepped forward and rested his left hand on Cliff’s shoulder. “You said you wanted to kiss me.”

Cliff looked down at his shoes. “I did.”

“We could start with that.” Toby reached his hand to the back of Cliff’s head and pulled it down farther. He brushed his lips across Cliff’s and then kissed him at the corner of his mouth. “Is this okay?” He whispered as he brushed their cheeks together and then nibbled Cliff’s earlobe.

Toby drew his cheek back and slowly brushed his lips past Cliff’s again and kissed him gently on the other corner of his mouth.

Cliff followed his mouth and met his lips with his own. His mouth opened as he let out a moan.

Toby slid his tongue in and held Cliff’s face in both hands as he pressed their lips together. As he moved away, he gently grasped Cliff’s bottom lip with his teeth and pulled it with him.

“Oh! Oh! Toby!” Cliff pulled his head away and reached for his groin.

“Toby when you did that, my body … I’m getting…” Cliff pressed his hand down against his growing erection. “Toby, I’m sorry. I can’t stop it.”

“I’m not going to hurt you, Cliff. You can tell me to stop at any time, and I will. I promise.”

Toby reached down and traced the outline of Cliff’s swelling penis. It extended well down his left thigh. When Toby squeezed, Cliff gasped. “Oh! Oh, my, G … G … God!”

Toby slid his hand along the growing member’s length as he worked it up behind the pocket until it rested just below the belt, then squeezed the head.

Cliff’s knees buckled, and he began to drop to the floor.

“Let’s move you to the sofa,” Toby said, as he grabbed ahold of him. He led Cliff by the hand and sat him down. “Unbuckle your belt and unbutton and unzip your pants.”

“Okay. Toby, I’m so nervous.” He fumbled with the buckle.

Toby moved in front of Cliff and pushed the coffee table back. Then he kneeled down. “It’s okay, Cliff.” He reached for the belt and undid it, then unzipped his fly.

“Now, lift your butt and pull your pants down to your knees.”

Once he’d done it, Toby pulled them down to his ankles.

“I can see that. Now, pull your shirt up to your chest and raise your butt.”

When Cliff lifted, Toby began pulling his boxers down, but the head of his penis got stuck in the elastic. Toby reached his hand in and freed it.

“Toby, the sensations… When you touched me… I can’t believe how it feels. I … I…”

Toby pulled his boxers down to join the pants. He reached around and turned up the volume on the monitors for a moment. There was no sound from the children’s rooms other than loud static, so he turned them back down.

“Now, pull off your shirt and slide your hips forward until your butt is at the edge of the sofa. Then put your hands behind your head and interlock your fingers.”

“Okay,” Cliff squeaked again. As he slid forward, he was forced to spread his legs apart, around Toby’s body.

“Now lean your head back and close your eyes. I want you to focus on what you’re feeling. You don’t have to do anything.”

Cliff did as he was told.

“I’m not going to hurt your, Cliff. I’m going to touch you in different places and in different ways. This can be intense the first time because the pleasure sensations can be overwhelming, so try not to cry out.”

Toby placed his hands against Cliff’s groin, surrounding his penis and lifting his scrotum with his thumbs.

Toby moved his fingers down to beneath Cliff’s nearly lemon-sized balls. When he rhythmically raked the tips of his fingers beneath his sack, Cliff’s shaft lurched upward. Toby watched the shaft pulsate as it filled with blood until it stood erect, hugging Cliff’s abdomen.

Toby drew his fingertips up Cliff’s thighs, up his hairy, rigid abdomen, until he reached his chest.

“Your six-pack, Cliff … it’s so hard, like it’s made from cobblestones and your pecs are solid masses of muscle.” He circled his fingers around Cliff’s nipples and allowed them to linger there as he gently pinched them. One at a time he licked them, leaving a tendril of saliva to his mouth as he blew on them.

When Toby drew his fingernails across his nipples, they swelled and hardened, forcing Cliff to grunt with pleasure.

Toby stood up and kicked off his shoes. Then he dropped his pants and briefs and kicked them away. He was semi-erect. He kneeled onto the sofa and then scooted up and slid his butt along Cliff’s thighs. Ending in his lap, he thrust his groin up and down the rigid shaft as his own manhood continued to engorge with blood.

When Toby drew his fingertips out to just beneath Cliff’s armpits and down his flanks, Cliff moaned again. Then he slid the back of his right hand against Cliff’s belly and drew it forward until his palm pressed against the massive, turgid rod. Focusing his contact along the shaft, he slid it up from the base while pulling it slightly toward him until it pressed against his own.

By the time his hand reached the glans, it was well above Cliff’s belly button just beneath his breast bone.

“It’s quite large, Cliff.” Holy fuck it’s a monster, Toby screamed to himself inside his head. “There’s a lot here to … how do I say it … to handle. Are you doing okay?”

The bead of pre-cum rose up as more began to ooze beneath it. Toby lightly pressed his palm over the forming globule and moved it in circles, spreading Cliff’s natural lubricant over, around, and under the bulbous head.

Again, Cliff’s torso lurched forward. He reached for his cock, but Toby pushed his hands away and then blew a tight stream of air across the glistening slit. Once he had completely coated the head, he wrapped his hand around the glans and slowly slid it downward along both of their shafts.

Cliff’s teeth closed over his upper lip. He grunted as his hips bucked up involuntarily, shoving his shaft through Toby’s barely clenched fist and against Toby’s erection.

As Toby slid farther down, his fingers began to splay apart. Their shafts were simply too thick to be encased by one hand alone.

“Are you okay, Cliff?” Holy fuck! Toby thought. How am I going to get my mouth around him?

This was a really heart wrenching, lovely story. I&#039;ve never read a book by Kory Steed and I was not disappointed. Toby and Cliff&#039;s love story is intertwined with the love and care of Toby&#039;s heartbroken children (who lose their mother at the very beginning of the story). Throughout the story you meet all the secondary characters (true friends and colleagues who do extraordinary caring acts) who help with the road to healing for Toby and guidance for Cliff to learn who he is and what he wants. I am looking forward to reading the 3 book series that tells Jason and Aaron&#039;s story.