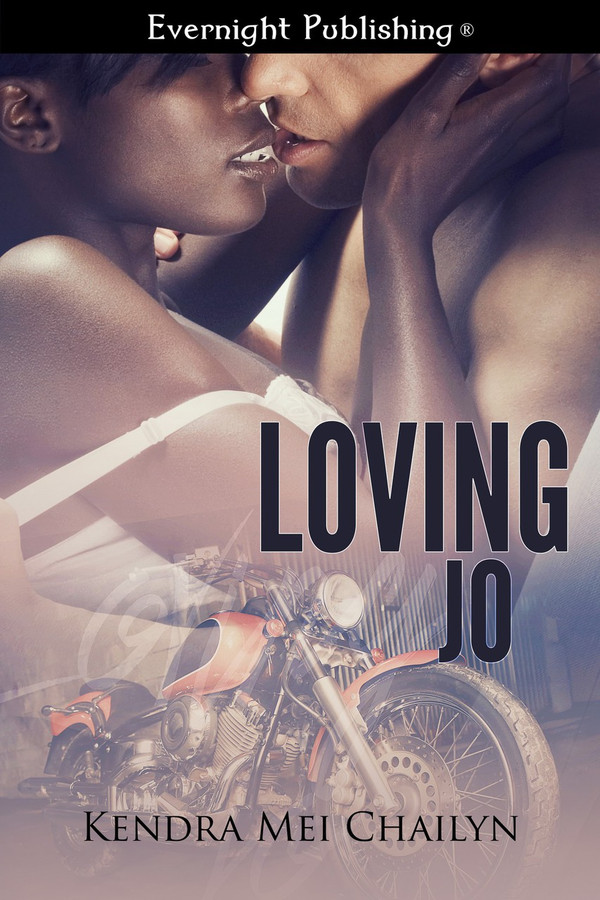 Jo Corrigan spent her entire life trying to be noticed. Now all she wants to do is disappear within the small town. But as a stranger in a small town, all eyes are on her—especially Mathieu Logan’s.

You know you’re in a one-horse town when most of the things you need to find are not on the GPS.

With a frown, she turned on the ignition, pushed up the stand and turned the cycle onto the street. The GPS carried her as far as the last turn off and then it went blank. Jo switched it off and pulled onto a gravel road.

Gravel crunched beneath the tires of the Harley Davidson Fat Boy so she slowed down to almost a crawl, navigating her way across the uneven surface. When she finally emerged from the tree-lined cove, a sprawling ranch house came into view. She drew to a stop and let one booted foot hit the ground.

Horses frolicked to her right, and to her left was a smaller house, then sprawling greenery for as far as she could see. Just taking in the space around her, Jo found she was breathing deeper, feeling healthier.

There was something very special about being on a ranch—something so peaceful, and Jo instantly felt at home. Still, she pulled the motorcycle into the centre of the yard and turned off the ignition.

The gravelly voice startled her, but Jo climbed off the bike and removed her helmet. When she had it tucked under one arm she faced the speaker while getting the ad from her pocket with her free hand. “Morning,” she greeted him. “I’m here to apply for the job?”

“Um … which job?” The man crinkled his brow.

Jo didn’t answer. She pulled out the ad and handed it to him. She watched while he unfolded it and read. When he looked up at her, she saw disbelief in his eyes.

“I just want to work,” she said simply.

He glanced around her to the motorcycle. “A woman who can afford a hog like that don’t need a job mucking out stalls and things. You running from the law or something?”

She laughed softly. “No sir. Nothing quite so adventurous.”

“Yes sir,” Jo said, stepping out of the way so he didn’t have to keep looking around her. “It’s a Harley Davidson Fat Boy.”

Loving the Boss by Shawn Lane

Loving the Partner by Shawn Lane

Loving a Vampire by Sam Crescent

Made to Love You by Kendra Mei Chailyn