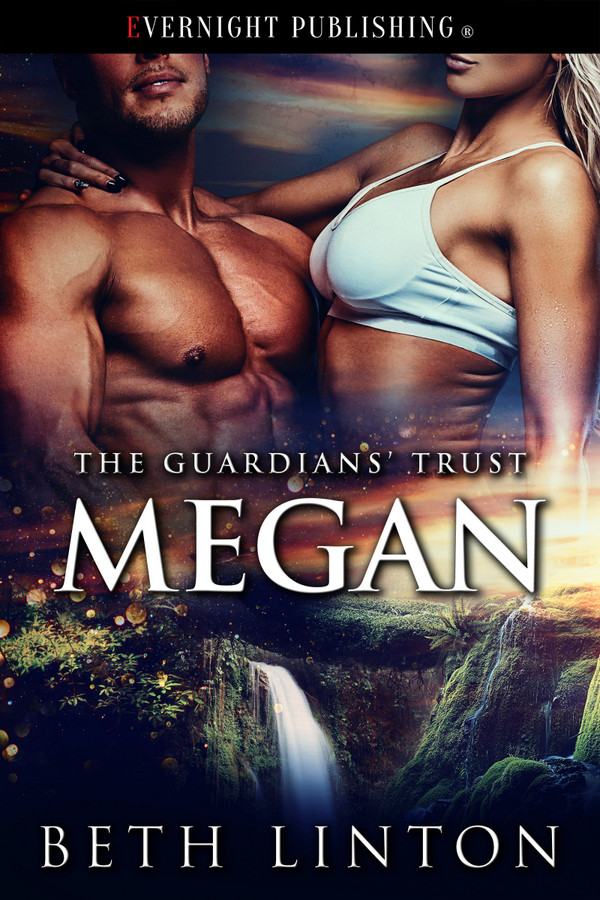 Some women are born identical—one in the human world, one in the jungle of the Other Realm. It is their fate to change places and marry the men born for them.

ENEMIES TO LOVERS
Upon leaving her war for the peace of the Guardians’ Trust, Megan agrees to marry the man arranged for her—but she never imagined she’d be moved to violence every time he opens his mouth. Maxen may be seriously attractive, but how is she supposed to be his wife when his arrogance infuriates her?

LUST AND LOVE
Motorcycles, rock music, and swimming are Maxen’s passions, but when he finds himself engaged to a knife-wielding warrior who seems to hate his guts, he can’t make up his mind whether to wrestle or kiss her. Can they build a marriage on lust alone, or will they find a way to give love a chance?

Megan pulled off her helmet and whooped. “That was brilliant!”

He grinned at her enthusiasm. “Better than horses?”

She’d handled the quadbike with confidence, and despite it being her first time, she’d swiftly managed to grasp the finer points of driving.

Climbing off the quad, she arched her back as though to ease muscles unfamiliar with this mode of transport. His gaze followed her movements as he, too, stretched, and he rubbed his chest as he took her in. She looked tussled and sexy and, after the ride, his blood was definitely up.

“You ride a lot back home?” he asked. He knew horses were their only form of transportation in the Other Realm, but he didn’t know how often she left the safety of the Sanctuary.

She eased her fingers through the silver of her hair, freeing the plait she’d made to keep it out of the way.

“When venturing off our mountain, horses are the only way to travel at speed. It took four days and nights on horseback to reach the gateway.”

“You ride day and night? For that long?”

“The lowlands, the jungle that lies between the mountains of the Sanctuary and the Retreat, used to be relatively safe, but it’s no longer possible to take our time. When on the move, we move.”

Maxen sobered. “Your realm is dangerous.” And his baby sister was leaving to live there in a couple of months.

“The Other Realm is a wonderful place. Our culture is rich, and we fight to preserve it. The Exchange means we are several steps closer to reclaiming our land. Griffin will be defeated, and all of our people will be free once more.” Perhaps wanting to lighten the mood, she gestured to her quadbike. “I think traveling on one of these through the jungle would have been fun, but I’m not sure it lends itself to stealth.”

“You handled it well.”

When she lifted a pale brow, he added, “It’s just that looking at you, I wouldn’t expect you to be so…” Badass, he thought. “Capable,” he said aloud. “You’ve no experience of human technology, and you’re small and have this angelic look with your silver hair.” He loved the contrast between her looks and the strong woman inside. “But you handled the quad like you’d been driving for years.”

“This is a surprise? That I’m more than a pretty face?” Her hands found her hips. “For the Mother’s sake, Maxen, you live with several highly capable females, some human, some Other.”

He remembered the knife against his throat and the fire in her eyes as she’d threatened him. He also remembered her naked body in the swimming pool, the bob of her breasts as she’d trusted him to help her float.

Megan’s brows reached for the skies. “What?”

He groaned when Megan stalked closer to fist his shirt. She pushed him back toward a tree, her green eyes promising death as she looked up at him.

His back hit the trunk. “You are seriously hot. I never know whether to try to kiss you or wrestle you.”

Megan’s gaze dropped to his lips. “You are welcome to try.”

His lust kicked up a notch. “Which?”

She cocked her head to the side, her silver-blonde hair spilling over her shoulder. He itched to fist it and pull her close.

“I haven’t decided,” she told him. “Pick one and see where it gets you.”

His hand rose and he twined his fingers through her hair. He tugged, not hard but insistently, and her lips parted on a gasp. He shifted suddenly, spinning her so that it was her back to the tree, him who was subduing her. Her eyes flashed, but he suspected it was with more than annoyance. When she went to shove him away, he grasped her hand and pinned it by her head against the trunk. They were suddenly both breathing hard.

He lowered his head, his lips an inch above hers, and waited for her face to tip up, her lids to lower, and then the devil pricked him.

“You know,” he said, casually, and he lifted his head with arrogant laziness. “I think I’ve changed my mind.”

Megan’s eyes popped open. Clearly furious, she fisted her free hand and rammed it into his gut. He groaned in pain and she ducked, darting around him.

“You know, I think I have too,” she said frostily. Stalking back to the quadbike, she climbed on. She started the engine and revved. “But it’s no loss to me. I was thinking about kissing you.” She looked pointedly at his crotch, making it clear exactly which part of him she’d thought about kissing. “But I’m glad you made me see sense, that you reminded me that I don’t like you. No point starting something when you most likely wouldn’t have been able to satisfy me. I like it hard,” she told him as she revved the engine again. “I like it hot and sweaty, uninhibited and passionate.” She drew out the word. “So, thanks,” she said glibly, and, with a little wave, she gunned the engine and took off.

Maxen watched her skid expertly around a tree and head off into the forest as though she’d been riding all her life.

Completely hooked on this series, and this one was smoking hot and all about the characters. Eagerly awaiting the next story...and the next, and the next. Beth has created a fantastic world readers will become invested in!

Oh man this was a fun read It starts out with Meghan, who is kicka$$ and awesome and tough and a little closed off Maxen is her somewhat arranged husband and he can&#039;t figure out why she doesn&#039;t like him lol. The sparks are definitely there though. I really enjoyed this fantasy romp. I received a free copy of this book via Evernight and am voluntarily leaving a review.

Admittedly, I shot myself in the foot here, but it was a good read nonetheless. I started this series with this book....8 books in is probably not the best place to come in. I will say that even coming in blind, I found the story fascinating and exciting. I&#039;m curious about the start and have so many questions about the Others and the Exchanges. I can&#039;t wait to get into book 1. I received a free copy of this book via Evernight and am voluntarily leaving a review.