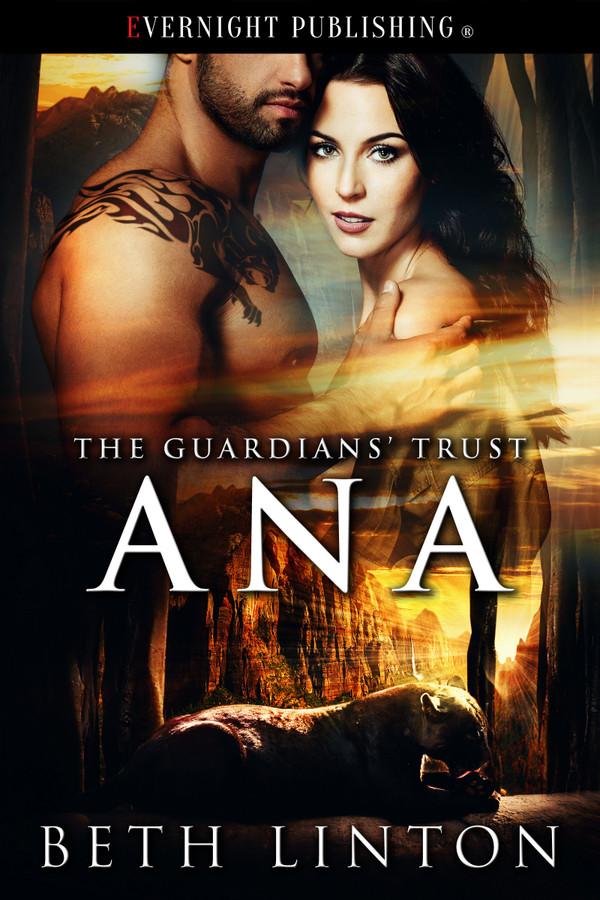 Some women are born identical as Doubles—one in the human world, one in the jungle of the Other Realm. Their fate is to change places, to embrace their future with the men born for them.

Dr. Ana Jones learns her destiny is to leave the human world and cross into an Amazonian realm, a fate that is akin to stepping back in time. There, she will join the Resistance, those who are fighting for survival. As a Double, she must pass through the gateway and marry a stranger.

He’s a warrior, and leading the Resistance is Brenin’s life, but Ana is his future. Brenin embraces his pending marriage and the shapeshifting gift their mating may bring, but will her love be enough to help both man and panther survive the war?

Maddox laughed. “Not extra-terrestrials, no.” His expression sobered, his belief in his next words evident. “But Others.”

“Others?” Ana squeaked. Glancing around, she was relieved to see the kiosk worker was still there. A handful of tourists mulled around, too. She wasn’t alone—her skepticism would have done Scully proud, if not Mulder. “Look I saw the X-Files, who hasn’t? But Others? If the Trust is some sort of cult or something, I’m really not up for recruitment.”

Pryce almost smiled. “We are largely what we appear to be. A family who works in the Trust the Gatekeeper’s replacement formed centuries ago to keep our land safe.”

Ana frowned. They had both seemed so normal, and good-looking. It was such a shame. “And these Others?”

“I am an Other,” Maddox said calmly. “Or rather my parents were. I was conceived in the Other Realm and came here when still inside my mother’s womb.”

“The gateway between the two worlds is one of those secrets we spoke of,” Pryce said.

Ana stared from one to the other. How could two such respected businessmen be quietly bonkers and the world hadn’t noticed? “Next you’ll be telling me you are three hundred years old as well,” she scoffed.

“I, on the other hand,” Maddox said, “am six hundred eighteen years old. My father’s Double was the Gatekeeper. I was born to take his place. I am the Caretaker of the Guardians’ Trust.”

“Given my youthful good looks,” Maddox said and smiled roguishly, “I can see why you’d doubt me, but every word we have said is true. We protect the land and the secret gateway it holds.”

Ana searched for something to say. She felt like a character in one of those novels where an impossible secret was told and the heroine was just supposed to swallow it. She glanced around warily. Perhaps she was being filmed? What was that American show called? Candid Camera? Did they even still make it?

With deliberate care, Ana pushed her cup away. “I’m not sure what’s going on, or if someone put you up to this, but I think your joke is over.” She started to rise. “I thank you for the coffee, but I have work to do.”

“Tell me,” Maddox said as she climbed to her feet, “do you ever dream of a jungle?”

Ana froze, one leg mid-air over the picnic bench she’d been sitting on. “What did you say?”

“Do you ever dream of a jungle?”

Slowly, Ana lowered herself back down to the bench. “That’s impossible,” she said. “I never told anyone about my dream.”

“And yet I know,” Maddox said, his expression one of infinite patience. “The jungle in your dreams is dense and green but not flat. It coats cliffs and mountains of jagged peaks and deep ravines. There are terracotta cliffs and yellow stone rises. There is a pool of turquoise water at the base of a waterfall. I wonder, in your dreams, did you ever see an old woman kneeling at the water’s edge washing her clothing?”

“She wasn’t old.” The admission puffed through her stunned lips. “She was young and beautiful, with hair like spun sunshine.”

Ana blinked. “But how can you know? I have seen this place since I was a small girl. It is real to me, so very real, but I have searched and searched and it does not exist. It only lives within my mind.”

Maddox shook his head. “In my mind, too. It is the place where I was conceived. It is my true home. The Other Realm.”

“Then how do I know it?” Ana asked. “If you are going to tell me I am one of these Others, I won’t believe you. I already think you half-mad.”

“Other? No. You are as human as they come, Dr. Siana Jones,” Maddox said. “But you are a Double.”

Before she could ask, Pryce told her, “Throughout history, there have been people born on either side of the gateway with the same face. Usually female, one is human and one is Other. Although different people, these Doubles are identical. At two points in history, the creator has asked them to cross and switch places.”

“The creator? You’re bringing God into this?” Ana asked, appalled.

“The Mother we speak of is the ancient one. The bringer of life. Mother Nature. She created a trinity of worlds that form a whole. Usually, these worlds coexist separately, neatly, but there have been periods of unrest where the Exchange of these Doubles has redressed an imbalance. The Exchange, marriage, and mating of these Doubles has lessened growing evil.”

“Evil?” Ana felt cold. From vet to parrot in one bizarre conversation.

“The Gatekeeper was the first Double to cross, my father the last,” Maddox said. “The Gatekeeper and his Double exchanged places around 1095 after a period of civil war in the Other Realm. All was quiet for three hundred years and then the prophecy of the Last Child came to pass. The Exchange was needed again. Six pairs of women were exchanged, followed by the Gatekeeper and Cain, my father, in 1399. The Last Child was found and returned to the Other Realm and for a long time, there was peace. But no longer.”

“Wait,” Ana said, almost desperately. “Are you saying it is time for this Exchange again? That women need to swap places? That these identical Doubles, as you called them, are wandering around doing goodness knows what?”

“Not wandering around, no. More like sitting, drinking Americano, and wondering if she’s lost her mind because she’s believing an impossible story when she knows she shouldn’t.”

Ana’s brown eyes had to be as wide as saucers. Her gaze swept from Pryce to Maddox and back again. “In the words of John McEnroe, ‘you cannot be serious!’”

Ana’s head sank into her hands. “This is just so unbelievable. I’m a scientist. A vet. I like rational order, data, and proof. I don’t believe in prophetic dreams, or visions, or Other Realms, come to that.”

“Tell me. Did you see a man in your visions?” Pryce asked.

Ana’s head snapped up. “A man? No. I saw a jungle and cats: panthers, leopards, jaguars…” Her voice faded and her eyes narrowed. “Wait. You said marriage and mating. I’m supposed to marry someone over there? Like an arranged marriage?”

“And your Double is to marry me.” Pryce’s blue eyes were intent as they met hers. “As I said, it is not just your fate we discuss.”

Ana jerked as she thought of something else. “Hang on a second, didn’t you say there was some sort of civil war going on there? You want me to cross and marry a stranger and live in a war zone?”

Maddox calmly took another sip of his tea. “I never said that accepting the fate you were born for would be easy, Dr. Jones.”

After letting this sit in my TBR for far too long, I finally had the time to read, and now, I&#039;m downloading every single book in the series! A rich plot with sweet and sensual romance. I know this series will be a thrilling saga, and I&#039;m eager to binge!

To win a war, could you leave everything behind? That’s the question that Ana is asked one morning in Chester Zoo. Her answer will affect three other people’s lives, no matter which way she chooses. Now, obviously, she chooses to go, otherwise, there wouldn’t be a story! But the good thing is, she thinks about it. She doesn’t just rush in where angels fear to tread. Instead, she makes her decision and stands firm on it, whilst at the same time, thinking through just exactly what it means. I loved that. The attraction is there immediately between her and Brenin and yet, once again, they go slow. I loved how phrases were worded, nearly as much as Ana did. The pacing is perfect for the story, giving you both enough ‘slow time’ with some sexy moments between our two main characters, and also ‘fast time’ when action is the word of the day. Even characters you don’t know that well wriggle under your skin and make you feel. The ending of this book will definitely leave you wanting more… immediately! A brilliant start to a series I want more from. Absolutely no hesitation in recommending it.

Christmas Together by Beth Linton