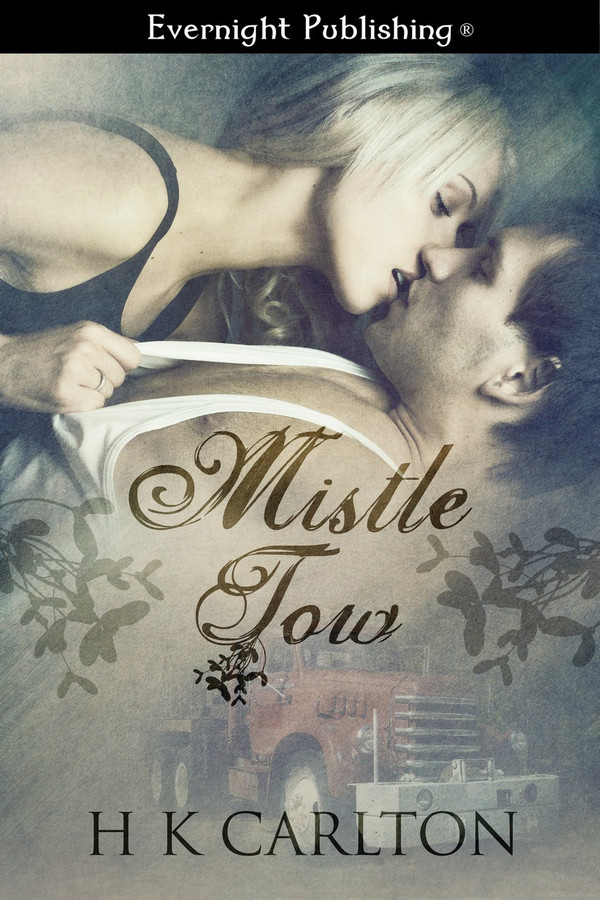 The last thing Brantley Holley wants to do this year is spend the holidays at home with his family.

In an attempt to move on from his failed marriage, Brant places the marital home on the market and also decides to clean house, ridding himself of any and all reminders. Although it wrecks him to do so, that includes selling his beloved ’66 Chevelle, which may also have contributed to the demise of his marriage.

Brant puts his baby up on the auction block at one of the premier auction houses— the auction to be held over the holidays. But instead of racking up needless extra miles on her, which might be a detriment to potential buyers, he hires a flatbed tow truck to convey his precious cargo from Philadelphia to Arizona.

But when the rollback shows up, Brant is totally unprepared for the sexy blonde bombshell in the red Santa hat who steps out of the massive red tow truck.

All of a sudden, the holidays are looking a whole lot more festive.

Once underway again, Brant started to relax behind the wheel, Kinley soon sidled up next to him. She placed her head on his shoulder and cuddled to his side.

“You gonna catch a couple hours sleep?” he asked.

“Maybe,” she said. By now he knew that tone. She slid her warm hand inside his t-shirt and caressed his belly, moving lower and lower.

“You know how when I was driving…” she said then paused and kissed his neck. “And you couldn’t seem to keep from distracting me…” She popped the snap on his jeans.

Oh boy, he was about to get pay back. At once, he was on guard and raring to go at the same time.

“Touching me…” She unzipped his trousers. The tip of his lengthening cock had already exceeded his boxers. Kinley teased the smooth crown with her fingertips. Brant shifted uncomfortably in the seat. “And teasing me?”

“I think it’s time to learn what it’s like trying to keep your concentration on driving while my hot mouth is doing the most delicious things to your magnificent cock.”

She lowered her head and very delicately licked the end of his dick, with feather soft strokes.

Brant moaned and took one hand off the wheel and placed it over her back near her tailbone.

Kin separated the two sides of his jeans and pulled his drawers down. She ran her tongue down the length of him and back up. Then she incorporated her hands. She pulled his dick up and caressed, up and down.

“Damn it, Kin, everyone down there can see what you’re doing!” He nodded down at the other traffic.

“No, they can’t. And who cares if they can? We don’t know them. And if they do see, they’re probably doing that stupid loud obnoxious man clap thing. Good for you buddy, getting some good head from a hot blonde.”

Well, there was that.

“Sit back and enjoy.” She leaned away and took a drink of her coffee. Strangely she held the hot liquid in her mouth what he thought was a long time. It wasn’t until she swallowed then immediately bowed her head. With her mouth still scalding from the coffee, she took him in her mouth.

He almost thrashed off the seat. “Oh my fuck!” He moaned at the sensation.

Alternately she sucked him gently then vigorously, even taking breaks to heat her mouth back up again with the hot brew, bringing him to the absolute edge then easing off only to torment him once more. His cock swelled to ultimate hardness.

“I can’t drive like this, I can’t think, uhhh, Kin, fuck. I’m going to kill us both.” Brant flicked on the right indicator and slowly began to pull to the shoulder of the road.

She sucked, drawing all the way to the tip, letting go at the top. She looked up at him, her full sensual lips all puffy and sexy. “But what a way to go.”

Very cute story with likeable characters and happly ever after.