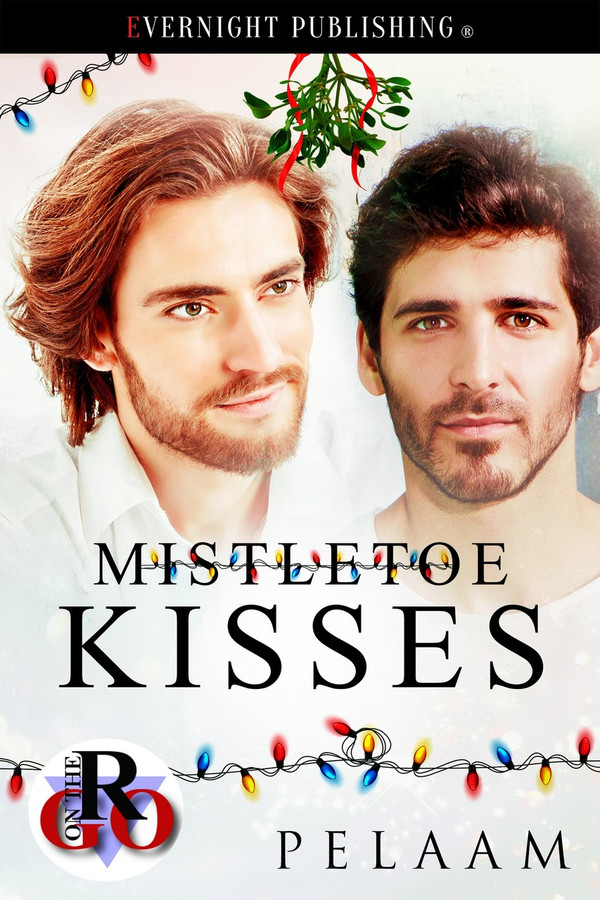 When Jackson buys a new property that needs some work, he relies on the recommendations of friends to find the right man.

When he walks, quite literally, into Ethan’s arms, Jackson thinks he may have found Mr. Right.

When shyness leaves him tongue-tied, Jackson decides to leave the talking to the mistletoe, and ensure there are plenty of mistletoe kisses.

As the agreed time for the builder came around, the sound of a vehicle approaching drew Jackson’s attention, and he walked around to the front of the house just as a car pulled up. Jackson had opted to take a few days off work, at least as far as going into an actual office was concerned. He wanted to be on hand, just while the builder was getting himself up and running.

From his vantage point at the side of the house, Jackson watched a young man get out of the car. Then he remembered that he’d been told that Ethan normally worked with his nephew. This must be the nephew.

Although Jackson considered anyone under the age of thirty too young, he had to admire the newcomer’s physique. A tanned, broad chest was only partially covered by a loose muscle t-shirt, and scuffed, torn, and paint-daubed denim cut-offs, molded to muscular thighs, displaying furred calves.

The young man noticed Jackson’s attention and smiled. “Hi. I’m Thomas. I’ll be working here. You must be Jackson.”

“That’s right.” Jackson strode forward and offered a firm handshake. “You’re not on your own, are you?” Jackson gazed around but saw no sign of any other vehicle.

“Oh, no. Don’t worry. My uncle’s on his way. He’s usually the one at a job first. But I live closer. Don’t worry. He’s a very conscientious worker, and he’s proud of his reputation. It means a lot to him.”

“I’m sure his reputation is justified. Would you like a coffee or cold drink before you start?” Jackson asked.

“No thanks. I’ll get started while I wait for my uncle. He’ll only grumble if he thinks I’m lazing around. Later.” Thomas offered a casual wave and ambled toward the back of the house.

Jackson wandered back into the house and sat at his computer, but just a few minutes later heard another vehicle. Glancing out of the window, he saw a large, dusty Ute pull up. Then Jackson simply sat and stared. This can’t possibly be Thomas’s uncle. No way.

The man who swung gracefully out of the vehicle looked way too young to be Thomas’s uncle. Jackson would tag him as his age, or maybe a couple of years older. He’s certainly no older than late thirties.

But the newcomer had the same shock of thick, dark hair, square chin, and broad chest as Thomas. Although, to Jackson’s disappointment, most of the man’s chest was hidden from view by the short-sleeved shirt he wore. His long, tanned legs were solid and toned, and thick socks peeked out of sturdy, no-nonsense work boots. Jackson groaned softly as his blood headed south.

Thomas came into view, and when the newcomer ruffled Thomas’s hair, Jackson felt a distinct jab of jealousy. Standing up, Jackson took a deep breath and waited for his lust to subside. He glowered at the bulge at his groin.

“You can just forget it, too. This is business, not playtime.” Another few seconds, and Jackson felt capable of greeting the newcomer without embarrassing himself. Sucking in his stomach, Jackson marched to the front door, pulling it open and stepping out … straight into the newcomer’s arms.

When Jackson found his dream home he snapped it up quickly. While the back deck area and garden needs a bit of work, he knows in the end the home he can create will be totally worth it. Hiring the builder who came highly recommended, Jackson is intrigued by his instant attraction to Ethan. When Ethan starts to flirt with Jackson they both are keen to see where this could lead them. I found this to be a fun and sexy short story. I enjoyed the slower way that Ethan and Jackson came together – Jackson being shy and Ethan seemingly not want to pounce. This helped me as a reader get my bearings on the two men first and come to enjoy their interactions and the progressively steamy teasing they performed on each other. When they finally came together I was more than ready for it and wasn’t disappointed with the heat they generated. This is a simple and short story but I felt it packs a lovely punch. Most of the Christmassy aspects of the story don’t occur until toward the end (it takes time for the deck and renovations to occur) so I feel readers looking for a strongly Christmas themed story might feel this falls a bit short in that respect. But I really enjoyed both Jackson and Ethan’s characters and the slow but steady and sexy progress they make as they come together and fall in love. Macho, sexy and hot, this is a fun short story that I really enjoyed.

Set in New Zealand and featuring a rather warmer Christmas than we are used to in the northern hemisphere, this entertaining story about a man who needs work done on a house he recently bought is as sweet and uncomplicated as it is short. Jackson followed his friend’s recommendation when choosing the guy to renovate his new house, and as soon as he sets eyes on the builder, he is glad he went along with his friend’s idea. Being shy means Jackson takes a little more time to approach Ethan, but it’s still pretty fast! No wonder, with the sparks flying between both men from the start! If you prefer your romances to be fast and straightforward, if you think builders can be rather attractive partners, and if you’re looking for an entertaining short story with a Christmas theme, then you might like this short story.