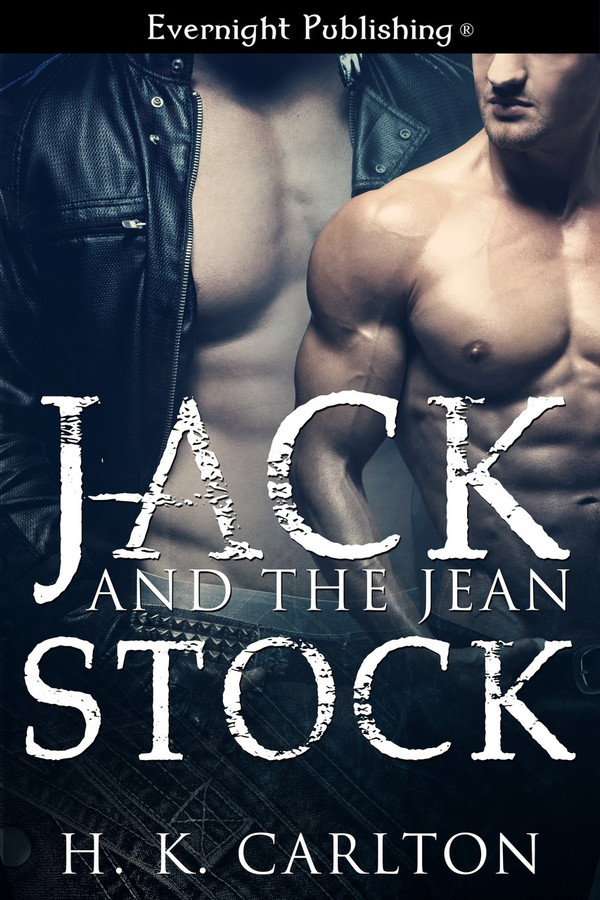 Strapped for cash and drowning in his ailing mother’s medical debt, the one bright spark in Jack Castor’s life is working his dream job for a specialty clothing manufacturer. Although his personal life is all but nonexistent, he thrives under the tutelage of his friend and father-like mentor, Cronus Gigandet, a gigantic man with a heart to match. But when Cronus dies suddenly, the company’s future is thrown into uncertainty.

Titan Gigandet, Cronus’ wayward son, a giant of a man in his own right, is furious when he learns his father has included his upstart protégé, Jack, in his will, leaving him equal shares in the family-run factory. Reluctantly, Titan rescinds his own self-imposed exile and returns to a company in turmoil.

The gloves come off, and the major players fight for control. With the shareholder’s agreement about to run out, decisions concerning the business need to be made, and quick. But Jack and Titan clash at every turn. The pair are so at odds, the quarrels rapidly become physical, but fists soon give way to angry forbidden kisses. Though the blazing new attraction does nothing to quell the antagonism or distrust between them.

While battling to save the company, Jack’s mum takes a turn for the worse.

Just when it seems all hope is lost, Titan makes a miraculous discovery.

Is this the ‘golden goose’ or just the beginning of the end to everything Jack holds dear?

The big man lay there, still as death.

“Oh bloody hell!” Jack rushed to his side. Kneeling, he took his pulse. It beat reassuringly.

He was afraid to turn him over just in case he injured him more. And he knew he wouldn’t be able to get him to the house by himself.

Jack pulled out his cell phone and was about to dial 911 when Titan groaned and rolled over onto his back. To Jack’s surprise, he smiled up at him and chuckled. In his half-drunken state, his eyes were half-mast and dreamy. And once again, it hit Jack square in the gut how handsome the man was, even if he was the world’s largest prick.

“Well, come on, Englishman, help me.” He reached up.

After a moment of hesitation, Jack took his giant hand, and after planting his feet, he braced to heave the massive man back up onto his enormous feet.

But as Titan began to sit up, the easy-going expression on his face changed and too late Jack realized he was going down.

Titan might have his size going for him, but Jack knew how to fight. It was one of the good things that had come out of his on-again off-again relationship with Sergeant Tabart. Grappling with Deputy Dimples was one of his favorite workouts.

But with the element of surprise, Titan clipped him on the jaw before he could even get his bearings, rattling his thoughts.

Titan tried to straddle his prone body, taking the dominant position, but his intoxication worked in Jack’s favor.

“You fucking bastard!” Titan roared, about to drop another fist, but Jack took evasive action and craned his neck to the side while twisting his body beneath the behemoth on top of him. Slightly off balance, Titan swayed, his knee leaving solid ground by Jack’s hip. Jack seized the opportunity and bucked the bigger man, not off— he would be so lucky, but it was enough to change the trajectory of his fist. His clenched hand landed with a thud in the grass near Jack’s chin.

“You sneaky fuck, I hate you!”

That pissed him off. Jack punched the inside of Titan’s bent elbow, knocking the joint out. The big man fell forward and Jack tried to dislodge him.

They rolled and somehow Jack ended up on top. “You’ve no right to hate me,” he yelled. “I’ve done nothing to you. ‘Til now!” Looking for a little payback, Jack punched his nice strong chin.

The next thing Jack knew, they were rolling around the front yard like a couple of twelve-year-olds fighting over all the marbles.

“That should have been my job. My inheritance. My dad!”

“He was your dad, you freaking moron. That’s something I could never take away from you. He loved you.” Jack got the upper hand and looked down at him. “He was proud of you. Don’t ask me why. You were a lousy son. You’re the one that fucked up by staying away! You can’t blame anyone but yourself for that.” Jack punched him again. “Not even me!”

Titan growled like a rabid animal; his strength surged. Another tumble and Jack was on the bottom again. He braced himself for the onslaught to come. Luckily the ginormous man was half tired out from wrestling. Jack struggled, trying to capture his wrists and control him and the situation before he did him some real harm.

It only seemed to piss him off all the more. His nostrils flared. He gritted his straight white teeth. He continued to snarl obscenities and blame Jack for everything wrong with his life. He lowered his center of gravity as they continued to grapple. Practically face to face now, Jack cringed, afraid Titan might resort to using those sharp looking chompers since he was unable to inflict pain any other way.

He howled and dropped his cheek to Jack’s. Mortified, Jack squirmed, turning his head from side to side in an attempt to get away from the angry man. Their noses hit. Whiskers chaffed.

Out of nowhere, Titan inhaled abruptly, then his full lips grazed Jack’s. By accident of course but it was enough to peak Jack’s interest. What would he do to him if he realized Jack was aroused?

Titan continued to twist his head back and forth, as if using his forehead to hold Jack down. But with every pass he managed to swipe across Jack’s mouth.

One minute they were brawling and the next Titan captured his lips in the angriest adversarial but amazingly stirring kiss he’d ever experienced.

LOVED this book… The play on an old child story really made this book different. Jack’s life is on a downward spiral, he is doing things he would never do in order to make his mom comfortable. Having a sick parent, mounting bills, and now the company he works for is in jeopardy. Titan is the troubled son of Jack’s mentor and friend Cronus Gigandet, Titan is upset knowing that Jack was more of a son to Cronus than he was. The resentment, guilt and anger Titan feels has him confused to the feelings of attraction he has towards Jack. Jack knows that the company is in trouble but he knows that their new concept will make the company a success. While dealing with Titan’s cousins Gath and Sampson, Jack feels frustrated with how out of control his life is. Jack and Titan get to know each other much better and they realize their attraction is beyond the physical. I won’t give too much away but I loved these characters and the struggle they faced head on. Sometimes the best thing to do when confronted with a problem is to face it head on. I give this book 4 diamonds and hope to read more from these characters.

I must admit to not really knowing what to expect from this naughty fairy tale, but I really enjoyed it. The story runs parallel to the original fairy story, with the author cleverly including certain key points which made me smile. Titan and Jack&#039;s relationship develops nicely and oh my word the sex is HOT!!! The sex scenes are really well written and varied. I would recommend having some sort of cooling aid nearby ;) This is a highly recommended read for me from a great author.

Before I write my review I have to say this book was a gift from the author. Not my usual read at all as I dislike anything fairytale as a rule, even the kids ones... This book was a huge shock to me in more ways than one.... I read the first few words Once up on a time and thought i&#039;m going to hate this, how wrong was I. I didn&#039;t hate it I loved it. The whole play on fairytales right down to the very creative names had me fascinated. Jack and Titan clashed on every level, Jack was out and proud, loved by all around him. Titan was deep in the closet, closed off to everyone around him. Their common bond Titan&#039;s dead dad and the company he wanted to live on after his death. The whole concept of this book is fascinating, I didn&#039;t want to put it down, I wanted to get to the end to see just where the author was going to go. The ending got me my much wanted HEA, just like in the fairytale.... Thank you HK for the gift of this book. I would recommend it to those who like a different type of read.... 5 huge stars...