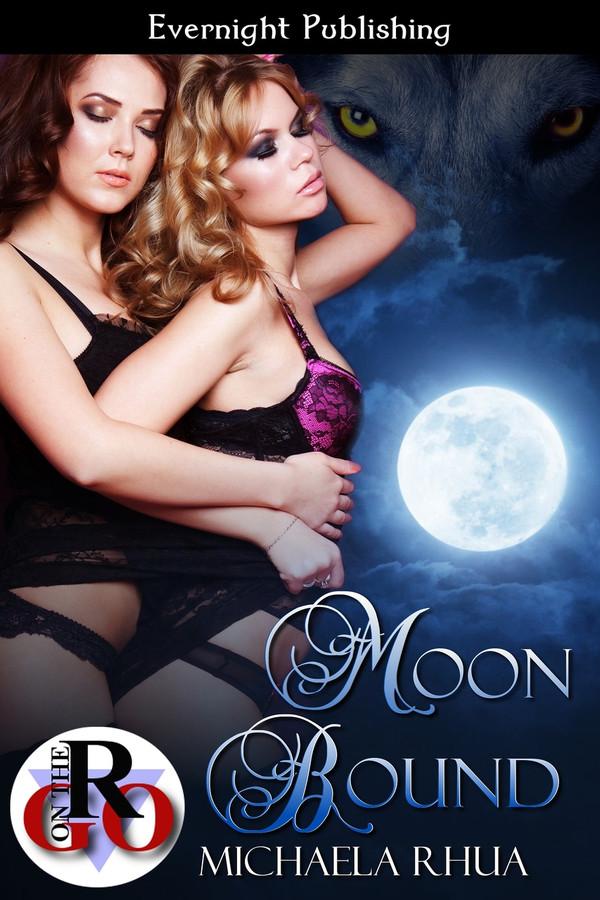 Under the glare of the full moon, friends and foes alike meet their destiny…

Wolf shifter Misty never thought she would rescue a damsel in distress, but when she stumbles across a bloodied girl on her run, she has to act fast. An action she ought to regret when that girl turns out to be a Were shifter, and thus an enemy of her pack.

Feelings cannot be denied, however, and when she meets Sofya again, the girls give into their attraction for each other. The path to true love is never smooth and tensions rise further when Sofya's father is implicated in a shifter death. Will this news tear the two lovers apart or can the moon bind them together?

"What's up? You okay?" Misty was confused about why she had suddenly stopped.

"This is weird. I feel connected to you like I want…" Sofya lurched forward, grabbed Misty's face, and kissed her with such fierce passion that Misty was knocked back to the ground. Sofya's lips were locked against hers in a way that spoke of possession. Misty was momentarily shocked into a frozen state. She was not usually the submissive one when it came to sex. However, this time, she was happy to go with the flow. Then her mind woke up and she gave her herself a kick in the butt. Get with the program. Misty pulled at Sofya's thin clothing to get her as naked as she was. Sofya obliged by moving away so Misty could take her vest top off. Underneath were two heavy breasts and curves galore that made Misty's mouth water. Dotted around Sofya's body were fading bite marks. Misty gently kissed each one to take away the hurt they had caused. Then she pulled Sofya forward to suck each erect nipple and squeeze and massage those wonderful globes of flesh. Sofya moaned every time Misty sucked her delicious nipples and those little sounds of pleasure made Misty's pussy tingle.

Sofya grabbed Misty's hair, pulled her head back and kissed her with animal passion. A low growl came from Misty, who immediately pushed down Sofya's joggers and grabbed her rounded ass.

"I can't explain this. All I know is that I have to have you right now, right here." Sofya's words caused Misty's pussy to throb with need. She couldn't believe how she longed to taste Sofya's clit. Sofya was hot as hell and Misty knew deep down she had wanted her badly, even when she was recovering in hospital.

Sofya licked and bit Misty's nipples to the point of delightful pain. Misty wove her fingers through Sofya's hair, enjoying the feeling of being pinned down under this luscious beauty. Sofya kissed down Misty's stomach to her pubic mound and stroked the thin line of hair that went to Misty's pussy. Gradually Sofya moved her fingers and went lower and lower, teasing Misty's nether lips open.

"You smell like honey. I wonder if you taste like honey too." Sofya didn't wait for a response before she moved down to lick around Misty's clit, then up and down faster and faster.

Misty spread her legs and rocked her hips to match the pace of Sofya's tongue.

"Damn you're good, Sofya. I order you not to stop," Misty said through heavy breaths.

Misty’s brain was set to explode as soon as Sofya sucked on her clit whilst two fingers slid into her wetness. Colors danced before Misty's eyes as Sofya pushed in and out of her. Sofya licked circles around Misty's clit, then covered her clit with her hot, wet mouth and let her tongue have full reign. Misty was lost and she wasn't bothered about being found ever again. Her body felt like it was on fire and her heart seemed to be beating out of her chest. When Sofya's teeth grazed her clit, Misty's orgasm exploded and her beast screamed into the night.

This second story in the ‘Moon Maidens’ series places Misty, a friend of Raya&#039;s from book one, front and center. So I am back in the community with shifter folk, weres, and vampires. There has been an uneasy truce among these three not very compatible groups. Toss in one really nasty, sneaky slimeball and the balance that was in place starts to disintegrate. However, another interspecies love affair provides quite a bit of heat and energy to try to bring this community back into a healthy equilibrium. Beautiful! Misty really enjoys her wolf mode. She gets to thoroughly relish racing through the countryside and she is a very effective combatant when she is shifted. One gorgeous night, she inadvertently breaks up a disturbing assault where the victim is severely injured. Misty is instrumental in getting the injured party&#039;s wounds immediate attention and then transport to the local special hospital. Misty senses an extremely amplified attraction to the victim which is greatly intensified since she is needed as a blood donor to solidify the recovery process. The ardency of this link is frankly beyond words. Additionally, this union adds an important re-bonding between two of three sub populations. The die has been cast. Intriguing! Sofya is the victim of the interrupted vampire assault. She is confused, but feels her understanding has been compounded by her father keeping her a somewhat in the dark about some important information. Furthermore, she is rather overwhelmed by an intense sexual buzz coming from her desire for her protector. How and why that sensation is plaguing her on multiple levels takes a bit of time to completely unravel. Nevertheless, those feelings supply a new super-heightened stimulus for someone outside her familial group. Uh-oh! Possibly because her equipoise has been troubled, Sofya&#039;s sense of stability takes a major hit in relationship to Misty. Their joining seems almost doomed before it has a chance to gel. Devastation! Will fences be mended in time to solve the mystery that flows from the first book of this series, ‘Moon Dance’ through the conclusion of ‘Moon Bound’? I suggest you read the first book; it is not essential but it will enrich your enjoyment. These two short stories were quite endearing and provocative providing a delightfully winning combination from my viewpoint. Mesmerizing!

This book pick up after the end of Moon Dance. Misty is a wolf shifter and while out running she find a girl who had been attacked by vampires. She rescues her and takes her to Amari who helps to revive the girl and take her to a clinic. But when she returns to visit, she discovers the girls family has taken her home. Sofya is a Werewolves and part of a clan that have distanced themselves from Shifters. When she wakes up she cannot forget the guardian angel (Misty) who saved her life. Their paths cross again but things become complicated when it is discovered that Sofya&#039;s family may have a hand in the death of Raya&#039;s father. Will their relationship survive the war that is brewing? I have to say I enjoyed this story a little more than the first book. We get to understand the mystery surrounding Raya&#039;s history a lot more and the sense of suspense is a lot more developed in this story. Of course Misty and Sofya together was totally hot too. These two stories can be read as standalone but I recommend buying them together and reading them back to back. A great way to spend Saturday evening.