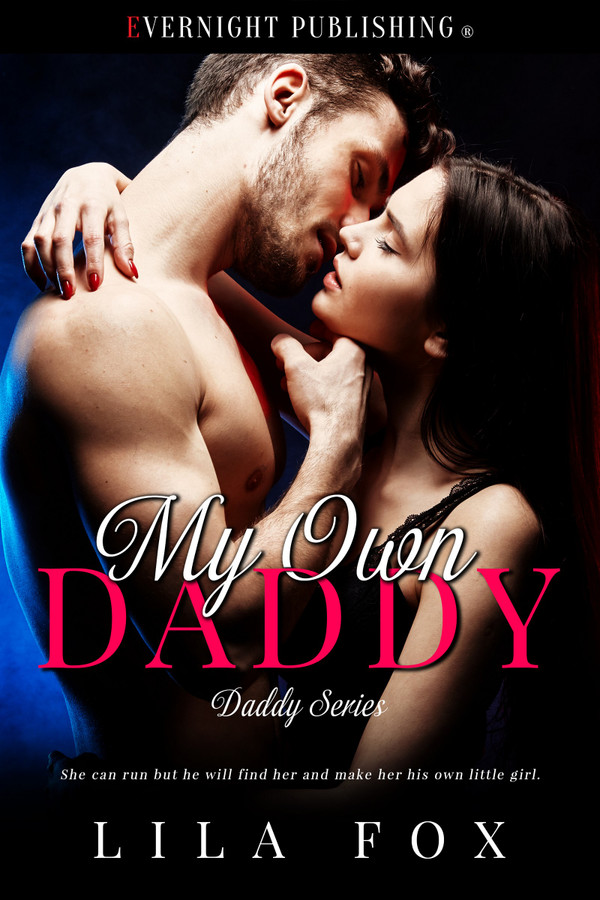 Larkin doesn’t know how to adapt to the modern world. Instead of going to bars, shopping for clothes, and meeting boys, like other women her age, she prefers things girls half her age want to do.

The one time she attempts to act her age, she wakes up in bed with a man she doesn’t know or even remember. She’s thrilled she finally lost her virginity, but can’t face him in the light of day.

Darian finds the type of woman he’s interested in when she practically falls into his lap. She has a woman’s figure and passion but is as sweet as can be. Larkin needs him to take care of her, for him to be her very own daddy. Sweet little Larkin would be his.

She can run but he will make her his own lg/little.

“Where are we?” she murmured against his neck. “Mmmm, you smell good.”

Darian rolled his eyes as he got them on the elevator and put in his code for the penthouse. “You smell good too, baby.”

She tilted her limp head back to look up at him. “Do I smell like sex?”

Darian’s head jerked back, and he frowned. “What?” he barked.

“The girls put some perfume on me and said now I’d smell like sex and finally get a man to pop my cherry.”

Darian wanted to roar as a streak of anger raced through him. He hated that her friends would make so little of her virginity. He closed his eyes for a moment to calm down, so he wouldn’t scare her. “Why do they want you to get rid of your virginity?”

“Because I’m twenty-three, and I’ve got to open myself up to new experiences, even if I don’t want too, they said.”

Darian stepped into the foyer of his condo and made his way to his bedroom. “Why do you have to change yourself? I think you’re perfect just the way you are.”

A sleepy grin crossed her face. “You don’t know me yet. I’m a hot mess.”

Darian placed her on her back on the bed and slid off her shoes. “Who told you that?”

Larkin threw her arms out to her sides. “So many people, I can’t remember all of them.”

“Because I seem to be unable to grow up.”

He saw the tears in her eyes.

“How did you determine what a grown-up is?”

Larkin reached for him and just about smacked him in the face.

Darian jerked his head back and grabbed onto her hand. “Answer me,” he said gently.

She struggled to sit up and then stand, covering her mouth with her hand.

“Shit, baby.” He raced her into the bathroom, thankful they’d just made it. He pulled back her hair to keep it out of the toilet and reached for a washcloth.

Larkin sagged against the toilet when her bout of vomiting was over. “I don’t like this,” she confessed.

Darian smiled sympathetically. “I know, baby. It won’t happen again if I have anything to say about it.”

She nodded tiredly with her eyes closed.

He stood her at the sink and handed her a few capfuls of mouthwash.

She rinsed her mouth out thoroughly. “I hate the taste of puke.” She scrunched up her nose.

Darian grinned, flushed the toilet, closed the lid, and sat her on top. “Are you steady so I can start the shower?”

Instead of answering, Larkin leaned over toward the counter, put her arm on top, and laid her head on her elbow. “Who’s taking a shower?”

He grinned. “We both are. You have vomit in your hair and down your dress.”

Darian quickly turned on the shower and shed all his clothes except for his boxers. He then started on her clothes, which didn’t consist of much. The dress she wore was slinky and red and hit several inches above her knees. After he pulled that off, she was down to barely-there panties.

His eyes scanned over her. She was perfection. She wasn’t stick-thin but had nice, rounded hips, a tiny waist, and her breasts, he predicted, were a handful for him but looked firm.

Darian gritted his teeth as he felt a drop of sweat roll down his back. “Let’s get you in the shower, and we’ll get that vomit out of your hair.”

She raised her arms to him with a trusting look in her expression that made his heart swell. He lifted her effortlessly and stepped into the shower.

First, he washed her hair with the shampoo and conditioner he used. He knew she probably needed more product, but that was all he had on hand. It hadn’t been easy, but he washed her thoroughly while holding her up with a hand on her arm.

As he turned off the water, she started to sway. He quickly wrapped a towel around her and sat her back on the toilet lid again. He grabbed another towel and squeezed the moisture out of her hair.

Darian tossed the towel and picked her up when her eyes started to droop. He deemed her hair was dry enough. It would take several more minutes with a blow-dryer to get her thick hair dry, but she didn’t seem to have the energy.

He set her on the bed. Then he whipped the comforter and blanket to the side and slid her in. After he quickly changed out of his wet boxers, he put dry ones on, sat beside her hips with one of his shirts, and managed to get her into it and close several buttons.

She was out. He knew it was for the best. She needed her sleep, but he had so many questions he wanted to ask her. Being patient was something he wasn’t familiar with, but he’d have to wait.

He turned off the lights except for the ones in the bathrooms. That way, he could see her, and if she woke up, she wouldn’t be so disoriented.

A long hour later, Darian still had her tucked against his side and was staring up at the ceiling. His mind whipped from one scenario to another, but they all had to do with keeping her. He’d looked for someone like her for years. He thought it a bit ironic that she would practically fall into his lap when he had pretty much given up finding her.

Darian still had several questions before he would make any definite plans.

In the meantime, he’d hold her close and enjoy the warmth and the silkiness of her skin.

So this is a new to me author, and was curious to read her spin on ageplay. The writing itself was well done, and the plot line was decent, however I found myself struggling to accept the heroine as a Little. Perhaps because its because throughout the book, I never once saw her indulge her little side. That being said however, I truly enjoyed the bdsm/TPE between the two main characters. Their chemistry was undeniable. I even look forward to the next book in this series.