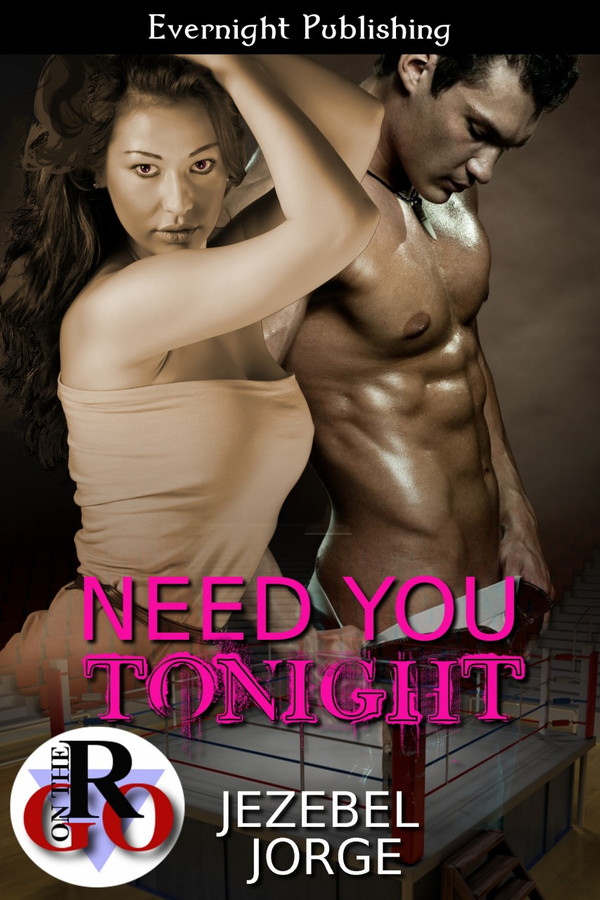 Saffron has as thing for muscled up, bad boy pro wrestlers. Going to the matches, and actually getting to hang out with the guys she sees on TV every week, is both an ego trip and an escape from her less than exciting real life. When she catches her favorite guy with another girl, she decides to get even with the cheating ex by seducing his arch rival.

Mik Daring isn't known for turning down the temptations of life on the road. He's more than willing to piss off his most hated nemesis in the ring with some action between the sheets.

The two of them are both living life for the moment and what they need tonight. Their attraction is so intense that by the next morning they both know one night of passion will never be enough.

He gave her ass another playful swat and then yanked away the pillows to resume his comfortable position propped against the headboard.

"What do you want?" She crawled up to him on all fours, her eyes sparkling with a wary eagerness that somehow put him on edge.

How far could he push her? How far was she willing to go for him?

Mik had to fight the urge to kiss her as she loosened the knot on his tie and pulled it from around his neck. He took the tie from her and for just a second considered using it to bind her hands. No, not yet. He wasn't ready to go there yet. Not with her.

"Unbutton my shirt," he said.

Like a good little girl, she did as he asked, slowly working open each button, almost as if she were teasing him by not allowing her hand to slip and touch his skin. It would be so easy to tie her up and just fuck the hell out of her. Get her out of his room and out of his head quick and easy with no unnecessary complications.

She reached to untuck his shirt and he tightened his grip on the tie.

"No." He stopped her with just the single word. "Take off my shoes."

Saffron slid her naked body down to his feet and stuck her bottom up in the air as she removed first one shoe and then the other. He knew she was working it as she straddled his legs, bending ever so slightly to give him the occasional sweet peeks of her pussy.

He got so distracted by the view that he forgot to tell her it was okay to remove his socks. Her touch was electric as she kneaded the sole of his foot with surprisingly strong hands. Damn if he felt the pleasure all the way up to his dick.

“Okay," he said, struggling to keep his composure. "That feels great, but... let's keep going."

She crawled back up to face him. Not touching him. Just waiting for his next command. He glanced at the obvious bulge in his pants and her eyes followed. Those freaky lilac crocus eyes.

"May I?" Saffron's hand hovered over his belt.

He'd thought of her by name. This girl had so quickly become more than just another on the road piece of ass. He wasn't exactly sure how he felt about that. Thinking was highly overrated in a situation like this. "Go for it."

Always and Forever by Hazel Gower

A Need for Heroes by James Cox