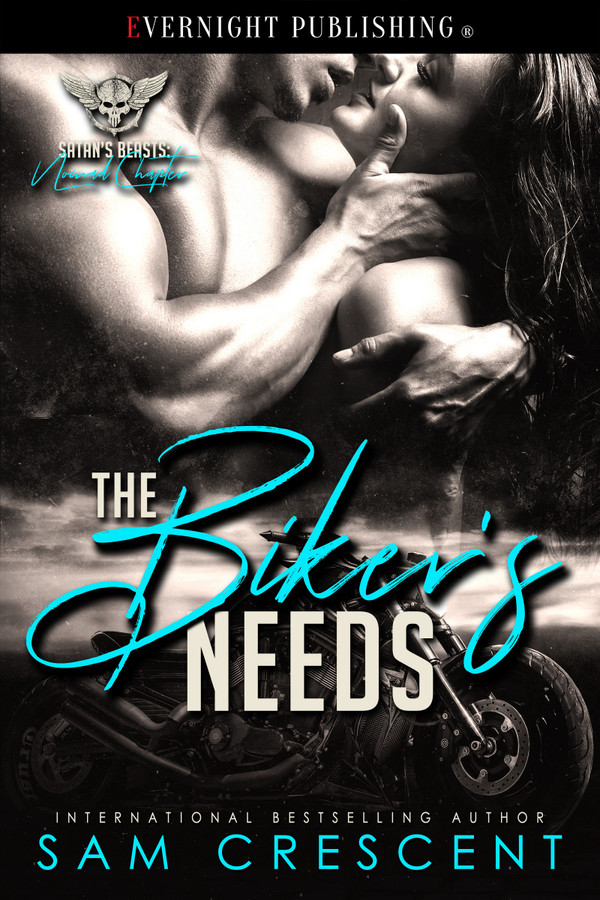 Women aren’t supposed to be on the road. Ape is sick and tired of watching his Prez and woman break the rules.

When they stop in a small town, Ape is determined to work out his envy. What he didn’t expect was to bump into an inked redhead with a sassy mouth. Offering her a drink was all it took for him to know he wanted her in his bed.

Charlotte has her own problems. People want her out of town, and Ape is a welcome distraction from her troubled thoughts. For now, she’s going to have fun with this sexy biker.

He’s not staying in town and he certainly doesn’t believe in love, but he can’t get Charlotte out of his mind. He has no choice but to walk away because the club is moving on. Will Ape take a chance and offer her a chance to ride at his back, to be his old lady? Or will he ride away without a care in the world?

“You’re just trying to make me feel better because you want to get into my pants.”

“And what makes you think that?”

She laughed and turned to give him her full attention. “You’re just passing through. You’ve been on the road for a long time. I’ve dealt with a great deal of bikers in my time and they’ve been kind enough to tell me exactly what they’re looking for on that first night. You got in this morning. I’m not that bad at math. Also, you keep looking at me like that.”

“Does that upset you?” he asked.

“Then what are you thinking about right now?”

“I’m wondering if I should give you a chance.” She couldn’t believe she’d just said that, but it was out there in the open. The words had easily spilled from her lips.

She kept her attention focused on him.

Ape touched her leg. His fingers drifted up her thigh, going toward the apex. She didn’t stop him, and all it had taken was that one touch to make her feel so many different things. It had been a long time since she’d been with a man.

For the longest time, guilt had weighed her down.

This man. Her mysterious biker, he was releasing things within her that were getting hard for her to ignore with every passing minute.

Licking her lips, she put the bottle of beer down and thought about it. She could let him ride out of here and in years to come, maybe even hours after the fact, she’d be flooded with regret for not taking that single chance to be with him. Or she could be rash, take what she wanted, and still regret it.

There’s nothing for you to lose here.

All she had to do was gain.

Finishing her beer, she got up, grabbed her bag and Ape’s hand. “Come on,” she said.

I love this new MC series. I love the nomad aspect of the group. I can&#039;t wait for more in the series.