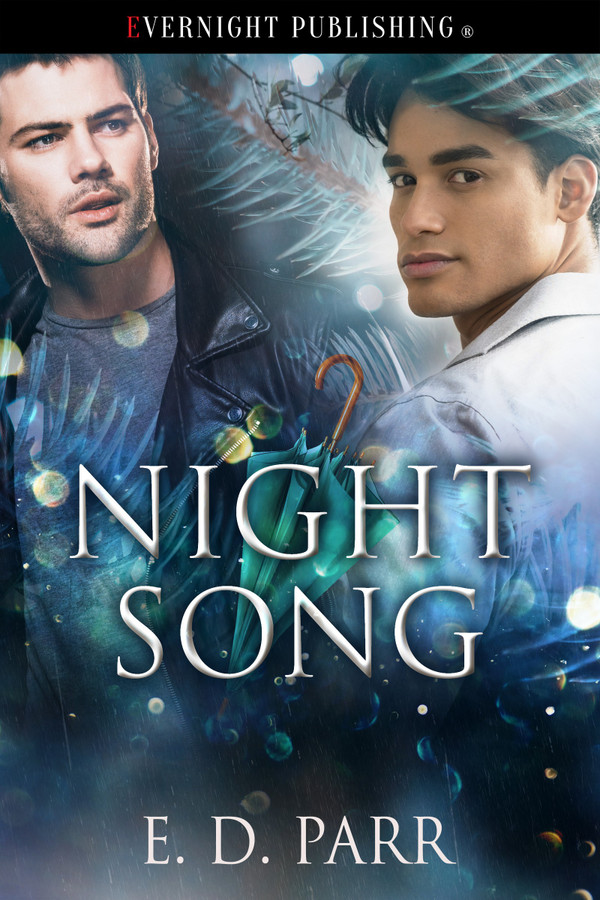 Twenty-five year old Oliver Honeycutt has no idea how handsome he is. He’s creative, brilliant at his job, and underused in the designer fashion store where he works. Behind the scenes, Oliver takes special care with orders for customer, rock star, Zane Highwood. When Zane is to be the main attraction in the store’s Christmas fashion show, Oliver hopes Zane will notice him.

Multi-millionaire, Noah Somersby, made his first million before he was twenty-one and now owns a number of casual-chic menswear stores. He’s a designer and desperate to find a man who will love him for himself and not see dollar signs as they kiss.

Noah doesn’t often take the train into the city, but one rainy day he does, and as he settles into a seat opposite Oliver, the two men exchange interested glances.
In fact, Noah is super attracted to Oliver and Oliver thinks Noah is gorgeous.

As the store holiday party approaches, can serendipity bring them together?

Noah ran for the early express the following morning. He leapt into the third carriage where the handsome man usually sat eating what Noah guessed was his breakfast. He raked the car with a hopeful gaze. Yes, there he was. The hot guy held his paper cup of coffee and, to Noah’s delight, stared at him with eyes full of attraction.

Noah swayed to the vacant space beside the man as the train pulled out of the station. He dropped to the seat and ran a hand through his damp hair. He propped his umbrella against the seatback in front of him. Noah tried to calm his heartbeat that raced along. He closed his eyes for a few seconds as his elbow briefly touched against the guy’s arm. It sent a spike of feeling through him, and Noah turned to the handsome man. “Still raining, huh?” How lame.

“Yes. It’s a nuisance getting wet every morning.”

Noah relaxed a little because the guy had answered. “I’ve seen you on this train before. You must work in the city.”

Noah took a deep breath. He had no idea what to say next. He straightened and gazed ahead. “I should let you drink your coffee.” He isn’t eating today. The observation gave Noah another thing to say. “No Danish today, huh?” He cast a sideways glance at the man, hoping for more interaction.

The guy looked at him just as Noah did this. His blue eyes held interest and amusement.

Noah knew disappointment would be in his eyes at this one-word reply again. He smiled gently. “Sorry, I don’t monitor you. I’m just being friendly.”

Noah took a few seconds to appreciate the smile. It made the guy even more handsome. Charmed, Noah smiled in return. “My name’s Noah.”

The man’s smile broadened. His eyes filled with affectionate mirth. “Noah … okay, you’d be comfortable with all this rain then.”

Noah laughed. He liked the comment. “Do I get to know your name?” He flashed the guy a look filled with hope and attraction.

The train slowed as it approached the city station.

Noah gazed at the handsome man. Come on, tell me your name, at least. You are so gorgeous…

His fellow traveler stirred, ready to depart the express. “Oliver. My name’s Oliver.” He gave Noah a gentle smile. In his eyes, Noah read loneliness.

An urge to take Oliver’s hand and draw him close gripped Noah. He squashed it and nodded. “It’s great to meet you, Oliver.”

People rose from their seats.

Noah looked up at him, knowing he had to move so that Oliver could leave. He stood. He gazed into the blue eyes and then at Oliver’s lips. He’d been right. Oliver tilted his head only a little, but enough for warmth to rise in Noah’s lower stomach as he wished he could kiss Oliver. He stepped away, knowing it wasn’t appropriate. “Have a good day,” he murmured.

Noah gathered his wits. He had to take a different route into the city the next morning, but after the weekend, he’d be back on this express looking for Oliver. He is hot.

Oliver loves his job in the stock room of a trendy shop that caters to rock stars. Lonely and still quite deeply in the closet Oliver wishes flirting and meeting people came easily to him but it doesn’t. Noah had seen Oliver a number of times on the early express train and while Noah had tried to give him a few come hither glances he finally decided to introduce himself to Oliver. When they meet by chance at Oliver’s work Christmas party can the turn their fledgling flirting from the train and make something more stable of it? I really enjoyed this slow-paced and romantic holiday romance. I loved the buildup between Oliver and Noah – the fact they didn’t just eye each other off in the train, fall instantly in lust and jump into bed. Oliver was shy and very lonely and Noah might have been successful in his career but he wanted to be liked for himself and not his bank balance. I was pleased that each man was realistic, relatable and the author gave me enough time to get to know them both independently to want them to come together and see how they could form a relationship together. I felt the conflict in the story was a little cliched but enough of the surrounding sub-plot, who Oliver and Noah both really were and their deep and genuine attraction to each other, managed to carry the story through this roughness. Readers looking for a fresh or unique story-line won’t find that here, but I was really pleased both Oliver and Noah’s characters were interesting and relatable. The sex between the two men was equal parts tender and hot, and I was really impressed that the author didn’t rush to have them jump into bed or fall in insta-lust. With a good pace, strong characters and a lovely Christmassy setting this story had a lot going for it and overall I really enjoyed it.

A sweet enjoyable read with low conflict and steamy romance.

I haven&#039;t been doing much reading lately, but when I saw E.D. Parr had released a new holiday novel I had to grab it. This was just the feel-good story I&#039;ve been craving, something to distract me from the outside world for just a little while. It was so nice to read a book with some normalcy to it. No sickness, no restrictions, no masks. Just a perfectly quirky holiday love story about two lonely, slightly insecure—but fashionably dressed—people falling in love. It was just what I needed. I hope to see more of these characters in a future story, even if it&#039;s just a quick mention, so I know what happens next for Oliver and Noah. A highly recommended, enjoyable holiday read. Bring your umbrella! ;) 5 stars

Like a Thief in the Night by E.D. Parr