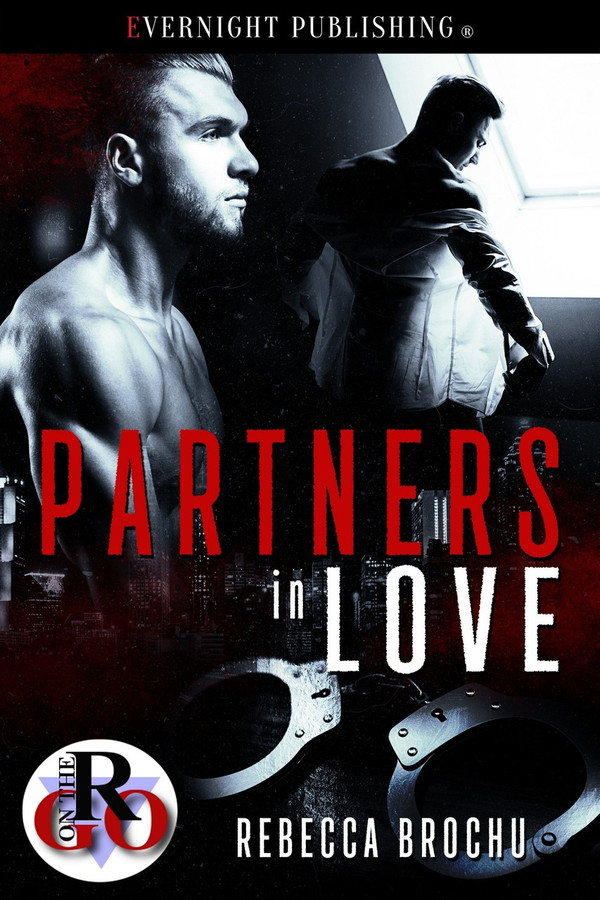 When an unplanned and unwanted remodel of his apartment leaves Detective Dylan Vancarr homeless, the natural thing for him to do is turn up on the doorstep of his best friend and partner, Tyler Wilky.

An arrangement meant to last only for a night quickly turns into a surprisingly comfortable new life for the both of them.

While living with Tyler and realizing just how easily their lives mesh, Dylan quickly begins to realize that he may have found a partner for more than just the job.

He may have found a partner in love.

To his credit Tyler doesn’t say anything, doesn’t call Dylan on his moment of weakness and need. Instead he wraps his arm a bit tighter around Dylan’s shoulder, pulls him in closer and moves his face so that he can whisper in his ear.

“Yeah, princess.” Tyler’s breath is warm against his skin. “They’ll be better tomorrow. I’ll make sure of it.”

The funny thing is that Dylan’s pretty sure that Tyler can do it, and that tomorrow will be better because it won’t dare defy Tyler’s truly epic stubbornness.

Dylan drifts off into a hazy state of almost sleep, comforted by Tyler’s familiar presence and the rhythmic puffing of warm breath on the side of his neck.

It’s comfortable and comforting being so close to Tyler. It feels more like home than anything Dylan’s felt in years.

Dylan and Tyler are detectives and friends. So when Dylan’s apartment becomes uninhabitable where else would he go? But when short term morphs into practically living together, will their partnership become something more? I thoroughly enjoyed Partners in Love by Rebecca Brochu. This was my first time reading Ms. Brochu’s work but it will not be the last. I loved how comfortable Tyler and Dylan were together. As cops they worked well together and that relationship gave them a solid basis for friendship. I love how that friendship became something more. I love that Ms. Brochu made their transition into lovers so seamless. The back and forth dialogue between Tyler and Dylan felt so real. I enjoyed seeing Dylan wind Tyler up. It made me chuckle at both of them. I love the comfort each man took from their relationship even as it became something more. This was a wonderfully well written, quick read from Ms. Brochu. I loved it from start to finish and can’t wait to read more from Ms. Bruchu in the future.

Dylan’s crappy apartment gets worse when a bathtub falls through the ceiling. He crashes at his partner’s house but the cozy arrangement turns into an unexpected romance…... ​ These guys are hysterical and sexy. I love both Tyler and Dylan, though I do wish the author would have separated their names a bit more. Dylan had a major issue with a bathtub in his house at two in the morning and at the crack of dawn he goes to bother his partner Tyler. I love them together. They have great back and forth chemistry. This is a short story that has a pretty big punch. The romance between them is super-hot and also sweet. I really enjoyed this story and would totally recommend it to anyone who likes m/m.

Quick, fun, and drama-free, this is the story about two men who are detectives and already partners at work realizing there may be more between them than friendship. It takes an entirely unplanned event and some unforeseen circumstances, as well as some cajoling from one of them, for them to figure it out, but once they do? There is no stopping them for any reason. Dylan is the one who is rudely awakened one night when his upstairs neighbor’s bathtub crashes through his kitchen’s ceiling. While something like that would shock most people into inaction and serious doubts about their karma, Dylan seems to take it all in stride. Within hours he has crashed on his partner’s couch, and life goes on. In fact, it improves so much that Dylan doesn’t even really want to return to his own apartment when repairs are finally completed. Not that he gets a chance… Tyler has no trouble giving his partner somewhere to stay while his apartment gets fixed – even if two days turn into weeks. Tyler begins to appreciate having someone around, and while proximity could have meant they’d get on each other’s nerves, the opposite seems to be happening… and while others begin suspecting and even hinting at their couple-status long before either of them gets a clue, Tyler can’t say he’d oppose the idea. In fact, he sort of takes matters into his own hands, and I laughed out loud at his shenanigans. If you like watching two friends become more, if snarky banter and witty dialogue are your thing, and if you’re looking for a quick read with a whirlwind romance and some hot man-on-man action, then you might like this short story.

Love in the Land of Fire by Rebecca Brochu

A Ticket to Love by Rebecca Brochu