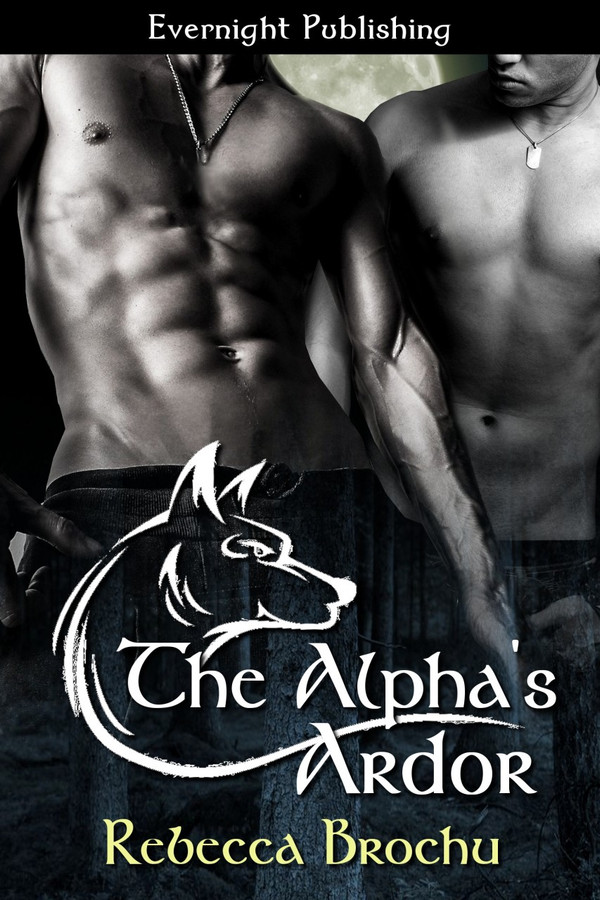 Declan Adair and his twin brother Lachlan are wolf shifters with no home or pack and a dark past that makes them hated by other weres. Hunted and forced to separate, Declan finds himself chased north and straight into Flathead, a large sprawling territory that is home to a single massive pack.

Unsure and more afraid than he wants to admit, Declan’s situation is only made worse by his undeniable attraction to the Flathead pack’s alpha, Law.

Law is everything an alpha should be: powerful, controlled, and surprisingly enough to Declan—kind. And when Law seems to want Declan just as much as Declan wants Law, it’s unbelievable. With a past full of hurt and the knowledge that the only one he can trust is his twin, Declan is torn between the way he knows the world works and the possibility that the alpha’s ardor might just be real.

Declan froze for a long moment, but when Law moved to pull away, regret heavy on his face, he surged up off the ground, wrapped his arms around Law’s neck and pulled him back down into a bruising kiss.

Law was the one to gentle it, the one to pull back an inch or so despite Declan’s attempts to keep him close and to sweep his tongue lightly across the seam of Declan’s lips. Declan parted them instantly, eagerly, and met the slick, hot slide of Law’s tongue with his own. Law’s stubble rasped against Declan’s face, and he knew the skin there would be rubbed raw if it kept up, but he didn’t care. The feel of it, the slight rasping itch of it, sent heat spiraling through him, made him buck his hips up and into Law’s. The move caused their cocks, both bare and beginning to thicken, to rub together in a way that made Law groan low in his throat and press down against Declan harder.

Declan spread his legs wider in response, let Law settle down against him completely even as he whined low in the back of his throat. Law shushed him with gentle sweeps of his tongue as he ran long fingered hands through Declan’s disheveled hair. Their hips rocked against each other rhythmically as they kissed and a mix of sweat and pre-cum slicked the way for their cocks sliding against one another in the growing dampness between them.

Declan felt the coil in his gut begin to tighten, felt the heat of it in the base of his spine, and he could tell from the way Law’s hips were beginning to falter that he was close too. Declan couldn’t suppress the sharp bolt of fear that flared through him in that instance. Once this happened there would be no going back. Law tensed and froze on top of him and when he broke the kiss they were currently wrapped up in, Declan could see the confusion and concern in his face clearly.

“Will this be alright? Will this be enough for us to be in the pack?” Declan blurted the words out and knew instantly that he’d said the wrong thing from the way Law’s face went dark and his shoulders rigid.

“What the hell are you talking about, Declan?” His voice was hard and surprisingly cold. Declan shivered slightly and wished he could curl in on himself, wished he wasn’t so vulnerable and open the way he was nestled underneath Law’s hard body.

Declan and his twin, Lachlan, were born in captivity and used against their own kind by the hunters of werewolves. The Alpha’s Ardor by Rebecca Brochu begins with Declan running for his life, and barely escaping, when a pack he hoped to join found out who he really is. He crosses into another pack territory and is saved by the pack alpha, Law. Law recognized immediately that Declan is his mate. Declan, because of past treatment from other packs, is leery of believing he may have finally found a safe place, a home, for himself and his twin, and love. Once Declan realizes this pack will accept him, regardless of his past sins, he starts to accept that maybe he no longer needs to run. Then, he and Law give in to their attraction and Declan proposes that the sex will suffice as payment enough for acceptance of both him and Lachlan. Law is hurt, disappointed, and angry that any pack would demand sexual payment for safety. He leaves Declan alone to decide what he wants and what he believes about Law and his pack I love m/m shifter novels that involve knotting. I wish Brochu had written a longer, more in-depth knotting scene; it seemed a little rushed and I was looking forward to a hot, knotting sex scene! With that being said, I really enjoyed Declan and Law’s story and hope it continues throughout any other books Brochu writes in the series. This was a great beginning to the series as it was made quite obvious that Lachlan may have met his match in Law’s Beta, and brother, Trace. Where Declan is calmer and more methodical, Lachlan is the complete opposite and should be a good counterpoint to Trace. Needless to say, I eagerly await the next installment of the series if only to reunite the twins and watch the sparks fly between Trace and Lachlan.

Declan and Lachlan Adair are twins raised in captivity, but after escaping, they find that the world they were born into is totally against them. After seven years of running from place to place and never being able to settle, the twins get separated in the mid-western US. When Declan finds himself running into the Alpha of the area, everything he believes begins to change as the Alpha tries to convince him to settle in Montana. I thoroughly enjoyed watching Law work to gain Declan&#039;s trust after years of only being able to count on his twin. The courting between the wolves was subtle to begin with but stepped up as they spent more time together. I especially liked the scenes were Law teased Declan with his words (great dirty talking!) and the way he made Declan seek him out to complete their bond. The paranormal world that this story was set in was well-fleshed out without boring the reader with too many descriptive paragraphs and I was distinctly sad to reach the end of their story and finish the book. I look forward to reading more in this series. (My assumption is that there will be a story for Lachlan and I cannot wait to read it!) This is a great read for fans of shifter stories.

This is the first in a new series and I thought it was a great beginning. Declan and Lachlan have a terrible past, one that was not their fault. It continues to haunt them, however, and they have no where they can really feel safe. When they are forced to separate when chased by persistent betas, Declan ends up in Flathead, home to a giant pack led by the alpha, Law, and his beta (and brother) Trace. Law is a bad ass alpha that doesn’t need to throw his power around. This was a nice touch, and he is a fair, honest seeming man. When he realizes how much Declan, and by extension Lachlan, have been through he is enraged at the ones who would do this. Alpha’s who want a “bonus” for allowing them to be in the pack make him see red. When Declan makes his offer, Law is so hurt. You can see both sides, of course Law is hurt but of course Declan would want to be sure of him. This was a nice touch. While Declan and Law are mates, there isn’t the immediate “yes yes lets hop into bed” and that was appreciated. Declan got to be, in his words, “courted”. Lovely and made Law all the better. There is a big backstory with the Adair family and the background is given well enough that we know generally what happened but leaves it open for more specifics (please!) in the future. Declan and Lachlan do not immediately trust anyone and this seemed to be right in character. There is a knotting warning but the scene is very short and not detailed at all. The story is the beginning of this series so (hopefully!) Lachlan’s story is up next. This is a great start to a new series.

Great story, easy to read. I have read this story a few times(yes the same story). I can&#039;t wait for Lachlan and the rest of the tows people story.