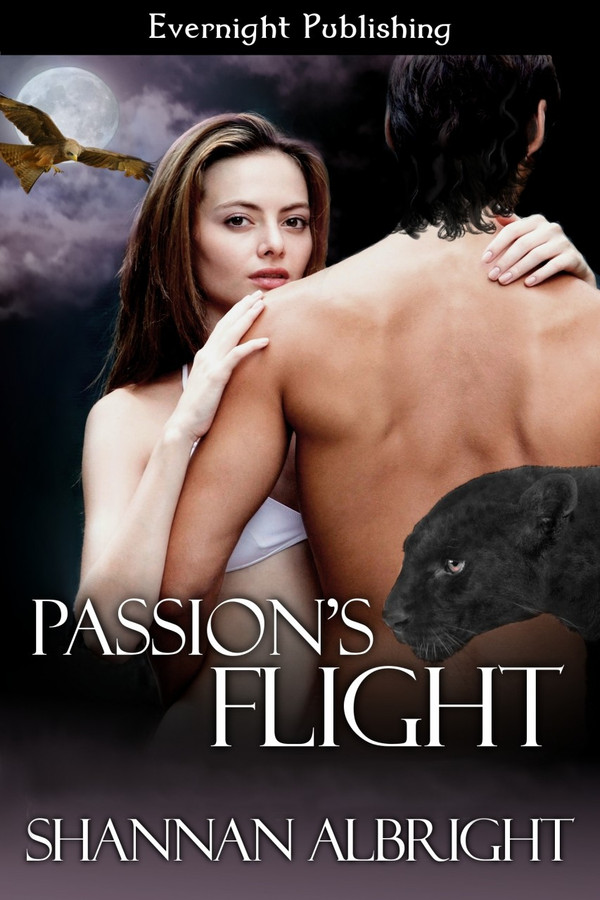 Tegan Murin has his hands full these days. Feral attacks are increasing, targeting humans, and now he is ordered to find and destroy a deadly artifact known as Oman’s Seal, deal with his estranged step-father and find a missing archeologist. He’s a bit irritable. Add into the mix a recurring dream of one sexy seductress leading him to his death… well, you get one very pissed off were-panther.

Kyra Navarone is more than what she seems. Escaping from the ferals who captured her, she ends up running into a brooding, irritating man who makes her blood run hot just with one look. Her life depends on the betrayal of this compelling man, but how can she live with herself afterward?

More than their lives hang in the balance. In order to survive they must learn to trust one another before the world they know and the one hidden beneath the waves are destroyed forever.

His gaze caught once again on her face as she stopped at arm’s length away from him. Her eyes, he noted slanted up at an exotic angle enhancing a heart shaped face. Her nose was small, straight with a small upturn at the tip and her lips, Gods those lips were made for a man to kiss! Full and pale pink, he had the sudden urge to see if they were as soft and lush as they looked.
“You are different from the others,” she stated it as fact in a husky voice, filling his mind with all kinds of lecherous ideas.
“Yeah, I’ve been accused of that before,” he replied giving her a slow smile.
Her arched brows angled down in a frown. “No, I mean I think you are here for me.”
“Any other time, sweetheart, but this is hardly the place for a conversation. We need to get out of here fast before some real bad guys come back here.”
“Yes, it is not safe here. You must go,” she agreed turning to head back into the forest.
He quickly grabbed her arm turning her to face him. “Whoa there, no way am I leaving you alone, lady. Come on. Let’s get out of here.”
She pulled back from him. Her voice brushed over him like velvet, yet her words rang with steel. “I am quite capable of taking care of myself. Just get out of here now. I will not be the cause of more deaths.”
“I know how to handle myself, so don’t worry your pretty little head about it,” he purred, giving her his best seductive smile.
He watched those gorgeous eyes narrow with irritation at him. “My pretty little head? You just didn’t say that to me did you? Of course you didn’t. Because if you did that would mean I was dealing with a real imbecile. No, I take that back. I would be talking to a chauvinistic, egomaniacal jerk who had the IQ of a rock.”
“Wow, a rock huh?” His eyes narrowed, all thoughts sexual dissolving in an instant, “Who the hell are you, lady?” He felt his temper rise, never a good sign when his cat prowled just under his skin.. “I’ve been called worse things in my life, and though I would love to stand here and argue with you, I just don’t have that kind of time, so if you don’t mind, move your ass.”
“I have never met a more disagreeable person in all of my life,” she huffed.
“That life will be very short and painful if we don’t get the hell out of her. Now!”
“I just so happen to know this area very well and I don’t need to be saved,” she snapped back at his abruptness. Moving swiftly away from the burning bodies and out to the main path. They walked for some time in a strained silence stretching between them, tension spiking between them until she blurted out the first thing that came to mind. “Are you always this… exasperating?”
“Baby, that’s my middle name,” he drawled. “Now get that pretty little ass moving.”
“Do you have to use such base language? Honestly, it shows a lack of intelligence.” she grumbled as he marched her out of the settlement to a small overgrown trail.
“Didn’t your mama ever tell you it’s dangerous to judge a book by its cover? It may just take your head off,” he advised dryly picking up the pace. “By the way, do you have a name or should I just call you pain in the ass?”
“Anyone ever tell you you’re a jerk?”
“Every minute of every day.” He chuckled. “Your name?”
She huffed out an irritated breath. “I am Doctor Navarone, Kyra to my friends, which by the way you are not.”

Other Books in the Dark Breed series:

The Dark Breeds are all the paranormal creatures that humanity have considered myths: vampires, shifters, Atlanteans, Mers, etc. that have now been &quot;outed&quot; to the population at large. Within the larger culture of Dark Breeds there seem to be two sub-groups: one, mostly called Ferals are ruled by their darker side and are likely to kill indiscriminately. The others are trying to either protect humanity or themselves, specifically one group called the Enforcers, led by Marcus, a centuries-old vampire. His consort, Tambra, used to be one of the few remaining Pure Blood Lycan females and their relationship has caused trouble with the Lycan leader, Temple. The various groups are all searching for an ancient artifact called Oman&#039;s Seal. When Tegan, a panther shifter and Enforcer is sent after the archaeologist on the track of the Seal, he has no idea that he is about to meet the woman he has been dreaming about and his possible mate. This paranormal book started off with a bang and even though I had not read the previous book, I did not feel lost. Just enough back story was given to follow along, and though there are many plot points interwoven with each other, it was skillfully done and I was able to keep track. The fighting amongst all the the different factions was interesting and you could see how the lines were being drawn. I really enjoyed the push and pull between Tegan and Kyra as they first fought against and then gave into their mutual attraction. The original impression of Tegan as an arrogant jerk was soon exposed as a cover for a determined man, protective and self-sacrificing. Kyra&#039;s bull-headedness made her a good match for him once she gave in to the possibilities. As a romantic pair they were a good match. I found this story exciting and want to read more about the world in it. My only real issue with it was some grammar/editing issues that made me have to re-read in order to determine what was meant.

PASSION&#039;S FLIGHT is a wonderful paranormal romance with a great world and two leads with great chemistry. This is a world I can&#039;t wait to revisit in subsequent books. Tegan is a were-panther and a member of the Breed Enforcers, or paranormal police. Tegan and his fellow paranormals were recently revealed to humans when Feral paranormals went rogue and started killing humans. It&#039;s Tegan&#039;s job to figure out if a mysterious artifact, Oman&#039;s Seal, has anything to do with the Feral killing spree. Kyra is a mysterious archeologist close to locating Oman&#039;s Seal and she can&#039;t allow her intense attraction to Tegan to get in the way of finding the artifact. But Tegan and Kyra aren&#039;t the only ones looking for the Seal and their success may just decide the fate of the world. Wooo, is this a great world! I read book one in the series, Dark Passion Rising, and fell in love with this well crafted paranormal world and couldn&#039;t wait for this second installment. I&#039;m pleased to say the wait was worth it as the world building just gets better and better. The Enforcers are the classic band-of-brothers fighting evil that paranormal romance fans adore and I&#039;m totally hooked on all these compelling characters. And the lore isn&#039;t just were-animals or vampires but also Atlanteans, sea dwellers and cursed Celtic warriors. All the characters are unique and interesting but aren&#039;t confusing in the least. I can&#039;t wait to read how the author continues to build this exciting world. The romance was good too. Tegan and Kyra initially start as enemies, which is a cliché. I&#039;m rather tired of it paranormal romance but this quickly morphed into real caring about each other so it saved the romance. This is an action story so the romance takes place while the couple are fighting bad guys but they use their downtime to explore their emotional and sexual attraction and this worked well. As is the case with me and most paranormal romance, I liked the hero better than the heroine. Kyra waited too long to share with Tegan her parentage and how it affects their quest for the Oman Seal. This wait made Tegan question why Kyra was attracted to him but she did redeem herself so it worked well in the end. The action plot is bloody but also fast paced and kept me flipping pages. I had to see what the Seal was and if/how it was connected to the Ferals. Tegan and Kyra being in danger from the Ferals also allows the other Enforcers to help them and this was great as it brought this stellar cast of secondary characters together. The other Enforcers, as well as the bad guys, are such well developed characters that I know readers will connect with them as I did. I can&#039;t wait for Zeke&#039;s story--hurry up, Ms. Albright! PASSION&#039;S FLIGHT is a must read for fans of paranormal romance. Readers don&#039;t need to have read book one in the series but it would deepen the enjoyment if they did read Dark Passion Rising, which is also stellar. I now count myself a big fan of the author and can&#039;t wait for subsequent books in this delightful series.

Flight of Fancy by Maxine Marsh