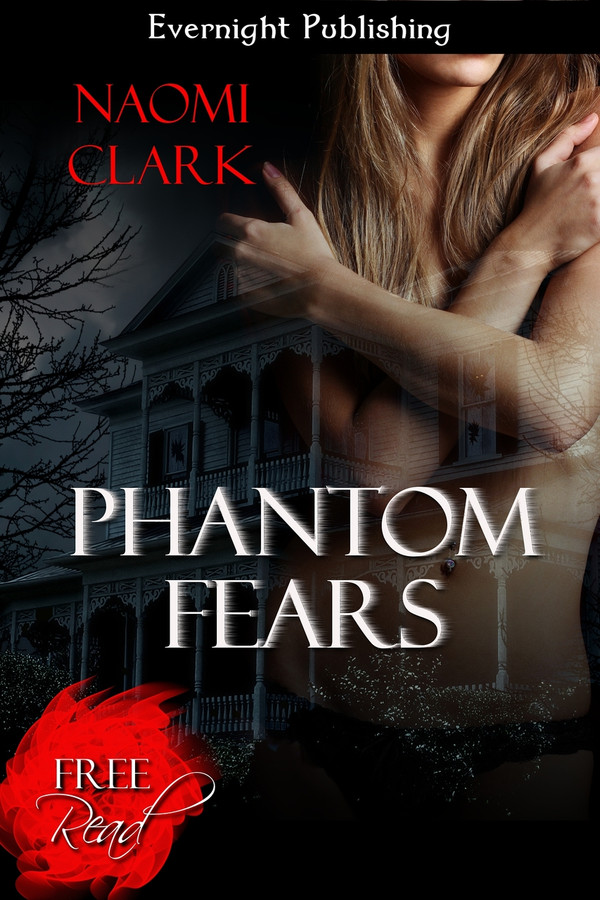 As a private investigator with a werewolf girlfriend, Shannon Ryan is used to the unusual. But her latest case has even level-headed Shannon questioning reality. Joyce Bonner swears her daughter is being haunted by a poltergeist. Charlotte Bonner swears she's not. Shannon has one night to uncover the facts behind the supposed supernatural phenomena. Between an over-enthusiastic ghost-hunter and her own skepticism, can she get to the truth?

As night fell, the temperature in the house dropped sharply. Although we weren’t having the warmest spring on record by any means, the sudden chill still felt unnatural to me, sending prickles down my spine.

“Does the house always get cold at night?” I asked Joyce. The three of us were in the kitchen, sipping chicory-laced coffee and saying little. Esther was in her own room, doing whatever au pairs do when they’re off duty – I had a quaint image of her darning socks and singing folk ballads that I’m sure was all wrong – and Charlotte was in her room doing homework. The atmosphere was a little tense. I knew Taiki and I were waiting for something to happen, and I suspected Joyce was terrified nothing would, thus proving she was a hysterical, overbearing mother.

Joyce looked up from her magazine, startled. “What?” When I repeated my question, she gave a shrill little laugh. “Oh, yes. We’ve never been able to work it out. Something to do with old farm buildings, Michael says…I don’t really understand.” She shrugged.

“So it didn’t start when the haunting started?” Taiki sounded somewhat put out. He was leaning over his iPad, researching the village’s history.

“No, it’s just an old house with bad insulation, I suppose. No mystery there.” She smiled, almost apologetically, then rose to fill the kettle. “I always take Charlotte a cup of hot chocolate once she’s finished her homework,” she said.

“Huh,” Taiki said. “Did you know three women were hanged for witchcraft here in the sixteenth century?”

“Oh no, just in the village.” He waved his hand in the general direction of the village. “Still, interesting to know. Paranormal hotspots—”

“Sixteenth century Europe saw more witch trials than almost any other time period,” I said, cutting in. I’d done two years of lupine studies at school and they covered the era extensively. “It would almost be weirder if no witches had been hanged here. You can’t just pluck circumstantial evidence from the air and call it proof.”

Joyce slipped past us with a mug of hot chocolate. “I’ll just go see how Charlotte and Esther are doing.” She shot me a strained smile and I wondered how she’d cope if we found nothing tonight – no ghosts, no disobedient teenagers.

Really, ideally, and if Taiki hadn’t been involved, Charlotte wouldn’t know she was being spied on. I’d have set up cameras and mics and taken myself off somewhere out of sight. If Charlotte was behind the “poltergeist activity”, she wasn’t stupid enough to try anything with a house full of recording equipment. But Taiki was involved and already convinced we were sitting in a haunted house, so there was no hope of a proper investigation on my part. I sighed.

“I know you don’t like my methods,” he said, putting his iPad down, “but I’m not making this shit up. I’m not one of these TV crackpots looking to make a quick buck for myself.”

“Because a hundred years or so ago, nobody believed in werewolves. Now we live with them, work with them, marry them…so who knows what else is out there that we ‘know’ doesn’t exist? Wouldn’t it be amazing to prove the whole world wrong?” His eyes gleamed, excitement filling his voice. “Wouldn’t it be incredible to make history like that? To discover something that fundamentally changes life as we know it?”

My first impulse was to laugh at his grandiose words. Then I remembered Paris. Remembered the vampire, the terror of being down in the catacombs and knowing something inhuman was stalking me. The horror of knowing a creature like that existed and would kill me before I had a chance to scream. The scent of damp stone and blood still haunted me. The gut-wrenching moment when I’d thought I’d lost Ayla still terrified me, still woke me at night with my breath frozen in my throat.

The lights snapped off, plunging the kitchen into near darkness.

Not everything that goes bump in the night is caused by the same thing. Now imagine teaming up a skeptic with a true believer of all things paranormal. Can they combine their talents to get to the bottom of the truth? Shannon has sharp eye for detail that makes her an ideal private investigator. I liked her immediately due to how many clues about her personality the author provides early on. It was especially intriguing to read the references about Shannon’s previous cases. Knowing about them wasn’t necessary in order to understand this adventure, but it sure did make me want to know more about this character’s life. The ending did end up making sense based on everything else that happened in the plot earlier, but this tale would have easily earned a much higher rating had it been given a little more time to unfold. Finishing it so abruptly made the pacing feel uneven over the last scene or two even though I was originally quite happy with how it was progressing. This story is part of a series. I haven’t read any of the earlier instalments, but I had no trouble at all figuring out what was happening. It works well as a standalone tale, although I am looking forward to going back and catching up on everything I’ve missed with these characters so far. Some of the hints about their pasts were tantalizing. Phantom Fears was a wild ride. Give it a try if you’re in the mood for something out of the ordinary!