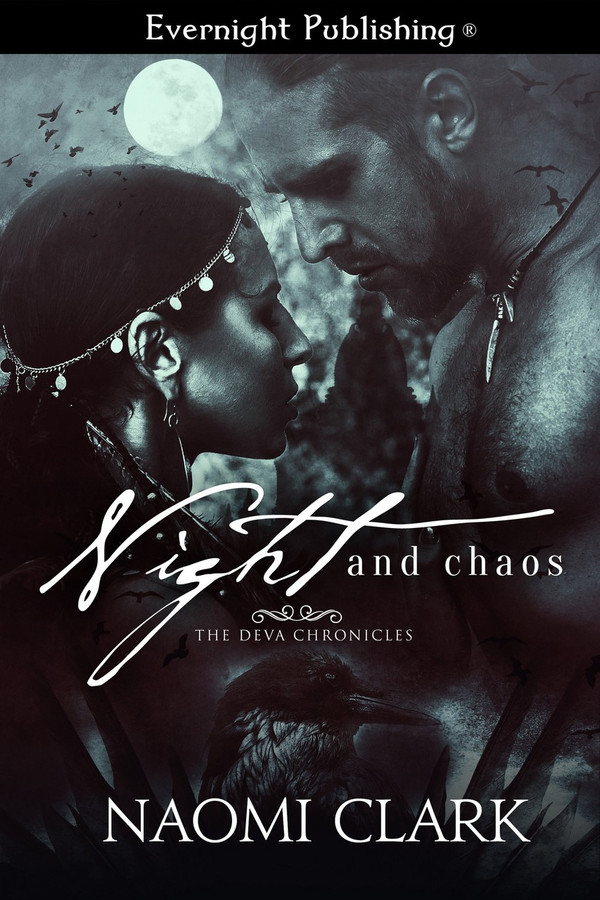 Ryan's past isn't just haunting her. It's trying to kill her.

Ryan McCarthy fled Kimberlyn Island, her father, and her lover six years ago, desperate to build a life away from the weird science and supernatural experiments of her childhood. But everything she hoped to escape comes back with a vengeance when she's kidnapped and tortured by a possessed madman out for revenge on the man responsible for his possession: Ryan's father.

Now, reunited with the lover she abandoned, Ryan is forced back into a world of danger and darkness she no longer understands, pursued by enemies with powers she can't fathom. But Ryan's not entirely powerless herself. She'll have to use every trick she knows—as well as the mystic gift she hates—to stay ahead of those enemies. And that will be easier said than done.

He stood behind me and wrapped the towel around me, drawing the soft material gently down my arms and around my torso. His fingers rubbing over my skin, through the flimsy barrier of the towel, were unbearably tantalizing, sending little waves of excitement through me. I sank back against him with a sigh as he passed the towel over my breasts and down my hips. I could all too easily imagine him doing other things with my body, and judging by the hard erection pressing at the small of my back, so could he.

When he stroked the towel between my legs, I jumped, a small gasp escaping me. I wriggled against him, not sure if I was trying to break the contact or intensify it. Either way, he held me still, muttering sweet nonsense in my ear as he dropped the towel and moved his fingers in its place.

“Jackson, please,” I whispered, shuddering as he slid his fingers inside me, stroking me with rough tenderness.

“I like that I can still make you beg.” His breath was hot on the curve of my shoulder. He bit my throat lightly and ran his tongue over the spot. “What do you want, Ryan?”

I caught his right hand and squeezed his gloved wrist as I rocked against him, increasing the pressure of his fingers inside me. “Please.” It was all I could say, mindless with pleasure at the feel of his body again. Oh, it had been too long, way too long since a man had held me, touched me, and no man had ever touched me like Jackson. He slid another finger inside me and my knees buckled, the beginnings of a wild orgasm building inside me.

He twisted his right hand free of my grip and slid it up my stomach to cup one of my breasts. “You like this?” he asked me, pinching my nipple just a little too hard. I swooned again, hot and breathless and only capable of nodding. I liked it far too much. Loved the feel of his hands on me, in me. I was going to burst if he didn’t stop.

But the glove was annoying me. I wanted him as naked as I was, wanted flesh against flesh. I caught the edge of the glove and tugged.

“No—” he began, alarm replacing his husky whisper. “Ryan!”

Too late. I whipped the glove off and stared down at his hand. Suddenly all the warmth and arousal in me drained away. I cried out and pulled away from him, my heart leaping around my chest in horror and disbelief.

“Jackson!” I cried, staring at the gleaming metal I’d uncovered. “What happened?”

He raised his metal hand and smiled wryly at me. “APTT business.”

Uncaged Book Reviews: This was a good start to a new series, and there was plenty of action, and suspense. This story brings you Ryan, who for the last 6 years, has been trying to build a new life for herself, after escaping from an organization run by her father, that has been experimenting on people and transplanting demon souls (devas and asuras) into human hosts for a symbiotic relationship. It’s rare when it actually succeeds. When Ryan is kidnapped and tortured by a man whose experiment went horribly wrong, she escapes and ends up in the middle of the danger she left behind. It took awhile to really grasp this one, as the book is told from Ryan’s point of view, so whatever she doesn’t know, then the audience really doesn’t either. But it was not a long read, and it was well paced and I liked the characters introduced in this book. The one major hang-up I have with the book, is it ends on a cliffhanger without tying up the storyline introduced. I normally don’t mind a segway into the next book in a series, but I’m really not a fan of books that don’t tie up the storyline that it’s started