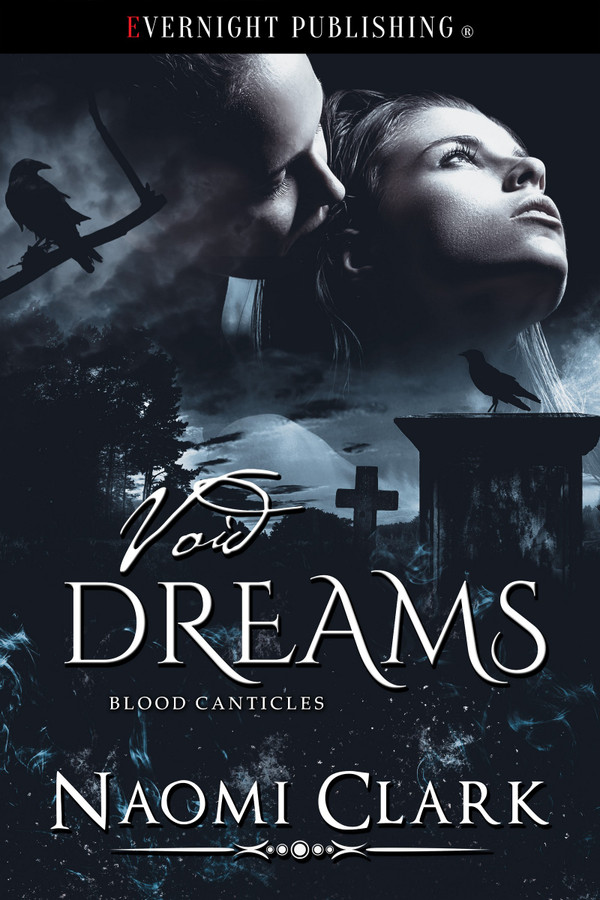 Lola and Tristesse are back where they belong … but they didn’t come alone.

Something is haunting the streets and dreams of Fort Rosser, and when Lola’s clients start dying, she’s forced to accept that Gehenna hasn’t let her go yet.

Now Lola and her friends are in a race against time to stop a monster that can only grow more powerful. Cut off from the immense magic of the patrons, Lola needs to get creative to deal with this threat. But everyone has their limits. If Lola goes too far, can Tristesse bring her home?

Chaos magic wanted to be used, she’d told Dawn, and that was true, but here in the void, it was hard to focus. The sensation of falling into nothing, the invasive feeling of infinite eyes watching her, and the mental energy needed to craft a spell and distract the patron, it was all difficult, slippery work. Lola fumbled with her thread, trying to keep her intentions sharp clear, and keenly aware the patron might notice what she was up to at any second.

“Why waste time with something so fragile, though? Aren’t there better options in our world? Demons slip through. Maybe other things too.”

Demons are less malleable. They have their own desires. Other things…

There was a long enough silence that Lola was afraid it had left without her noticing.

Not everything is a suitable host, it said finally, and she caught the ghost of some emotion, some memory, flitting through the void in a flash. This is not bargaining, morsel.

She knotted off the thread, turning it into a bracelet woven of shimmering, dancing power, her fingers burning and shaking. “I could be your host,” she said. “I’ve done it before.”

Dangerous words. If it took her up on her offer, then what? She writhed in the empty air, uncomfortably aware of the creeping idea that maybe it wouldn’t be that bad. She knew what to expect. She’d carried the weight of the whole void, hadn’t she? This was just one patron…

She felt its fingers rake through her, spindly and cold, assessing her worth. She froze, closing her mind off as best she could, both terrified it might and might not accept her offer. And while it combed through her, she slipped the bracelet around it, quickly and neatly, holding her breath the whole time.

No, it said finally, apparently heedless of her actions. You are too fragile. You would burn out too fast. A pity. Once… But no. You have nothing to offer, morsel.

There was no more discussion. Done with her, it flicked her away and suddenly she was crashing upward, the stars streaking past, the blackness pressing down. She opened her mouth to scream—

And heard her scream bounce off the alley walls. The real world rushed back in, and she was aware of the cold, damp concrete beneath her, the iron-gray sky above, and the warmth of Tristesse’s arms around her. The air snapped with blood and chaos, and something tugged at her chest, as if her ribs might explode outward. She had a flash-memory of the Shrouded Guards’ blood-eagled victims, and her scream stuck in her throat, gagging her.

She swallowed, breathed, and sat up.

Tristesse helped her upright, her eyes bright with concern. “What happened?”

Dawn knelt next to them, looking just as worried. “I thought you were having a seizure.”

“I’m okay,” Lola said, not entirely sure it was true.

She explored the tugging at her chest and found her magical thread there, strung out between her and the patron, wherever it was. It was clumsy work—she hadn’t had time for anything elegant—but it was holding. A tiny flame of triumph lit in her. Too fragile, was she?

Another great entry to the series. It&#039;s interesting looking into simple domestic life challenges Lola and Tris faced such as paying bills, alongside the supernatural ones. Gotta say it&#039;s a miracle Lola is breathing and living still, given her impulsive tendencies. Tris is a great girlfrien, and luckily more level-headed. They are a great team together. I&#039;m really looking forward to the next one, will they stay in human world? Embrace the patrons or fight against them? I&#039;m ready to find out!