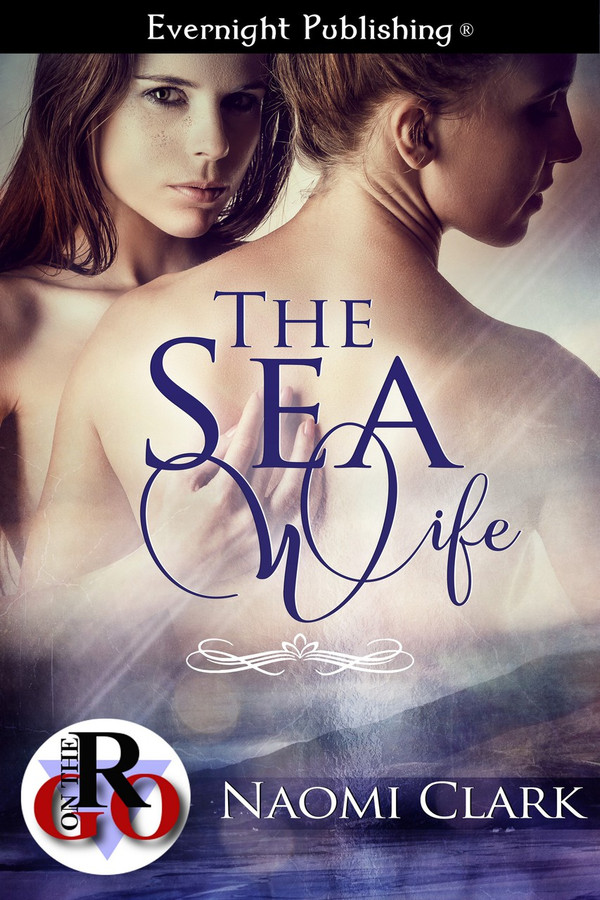 Charley and Nessa are from two different worlds. Nessa is a selkie and Charley is all too human. When selkies and humans fall in love, tragedy can follow. For Charley and Nessa, that never seems to matter when they're together. But when Nessa's seal skin is stolen, the lovers uncover all the reasons humans and selkies should stay in their separate worlds.

Charley clambered easily over the boulders hiding the cave entrance, her heart fluttering. Eleven years now, she’d been making this journey every chance she got. Since she’d gone to university in England, her trips had been less frequent, but that only made her excitement more vital. She picked her way carefully across the wet, slippery stones until she reached the natural ledge at the back of the first cave. Pulling herself up onto the ledge, she took off the backpack she’d brought with her and pulled out her breakfast – a couple of bananas and a bottle of iced tea. She also took out a picnic blanket and spread it over the cold stone before settling down. She stripped off her cardigan and peeled a banana. Now she just had to wait.

Waiting was an exquisite torture.

As Charley finished her first banana, a sleek gray seal, skin dappled with chocolate brown, pulled herself into the cave. She called out to Charley, a plaintive, haunting sound that Charley could well imagine might fool sailors into believing in sirens. Charley grinned, waiting for the magic.

She couldn’t have described it, if asked. It just … happened, in a rush, like a wave crashing over your head. One minute there was a seal. The next there was a woman, naked and glistening with water droplets, smiling up at Charley as if she was the magic one. A silky pile of seal skin sat at her feet.

“Hello, leannán,” Nessa said. Lan-awn, she said it, with a lyrical lilt that lit a fire in Charley. Lover. Hello, lover.

In seconds, Nessa was up on the ledge beside her, and Charley pulled her into her arms to kiss her fiercely. Nessa tasted of sea spray and sunlight, her long dark hair smelt of sea lavender, and her body fit perfectly against Charley’s, just as it always had. Now Charley was truly home.

They didn’t need words to greet each other, not really. They’d been meeting in this cave since Charley was fifteen. They’d been kissing since she was sixteen. Nessa slid her hands into Charley’s hair, freeing the messy red waves from the loose knot she’d tied them in. Nessa’s fingers trailed down Charley’s throat as they kissed, then down to grab the hem of Charley’s t-shirt. They broke the kiss briefly so Nessa could pull the t-shirt off and toss it aside. She fumbled with Charley’s bra, as she always did, and Charley giggled, as she always did, and slipped it off for Nessa. That, too, was tossed away carelessly.

Charley skimmed her hands down Nessa’s bare back, relishing the little shivers she caused. She pushed away Nessa’s heavy locks and kissed the curve of her neck, licking drops of seawater from her skin while Nessa cupped Charley’s breasts and ran her fingers round her nipples. Charley sighed, burying her face in Nessa’s hair and soaking up her light, delicate touches. They’d been apart too long and she needed Nessa with an urgency that wouldn’t settle for light or delicate.

Some books just surprise you by their beauty and this was one. When I first glanced at the cover, I didn&#039;t realize this was a f/f romance. As the story unwound, I discovered Charley and Nessa and their deep feelings for one another, despite Nessa being a selkie. The two lovers share tender moments and when Nessa&#039;s skin is taken, it&#039;s Charley&#039;s persistence that lends itself to its recovery. When the reason for the theft is uncovered, Nessa helps to reconcile old wrongs. A brilliant and sweet story. I loved it.

The thing that sucked me in the most about this story was the vivid story telling. This new to me author has such a way with words she painted a picture that absorbed me into the world of Charley and Nessa. I could hear the ocean, smell the salty water as if I was right them with the characters. In truth, I was a little bit worried how I’d cope with reading about a seal shifter and a human, however it didn’t feel odd at all. For the most part, their interaction was in human form. The sex scenes, one at the onset and another towards the very end, were in human form, so it didn’t strike me as odd or creepy. Actually the thing that struck me as more odd was the anal play. I know that might sound strange to some, but it’s not something I encounter very often in lesbian romances. With that said, the sex was complimentary to the story and not thrown in for the sake of adding erotic content. When the fur was stolen the plot took off in a nail biting direction, and held me captive throughout the story. I never could have guessed what would unfold; it was heart breaking and thought provoking. To find out what transpired, I highly recommend you grab a copy of The Sea Wife; I’m sure you won’t be disappointed. Copy provided in exchange for an honest review.

Some books just surprise you by their beauty and this was one. When I first glanced at the cover, I didn&#039;t realize this was a f/f romance. As the story unwound, I discovered Charley and Nessa and their deep feelings for one another, despite Nessa being a selkie. The two lovers share tender moments and when Nessa&#039;s skin is taken, it&#039;s Charley&#039;s persistence that lends itself to its recovery. When the reason for the theft is uncovered, Nessa helps to reconcile old wrongs. A brilliant and sweet story. I loved it.