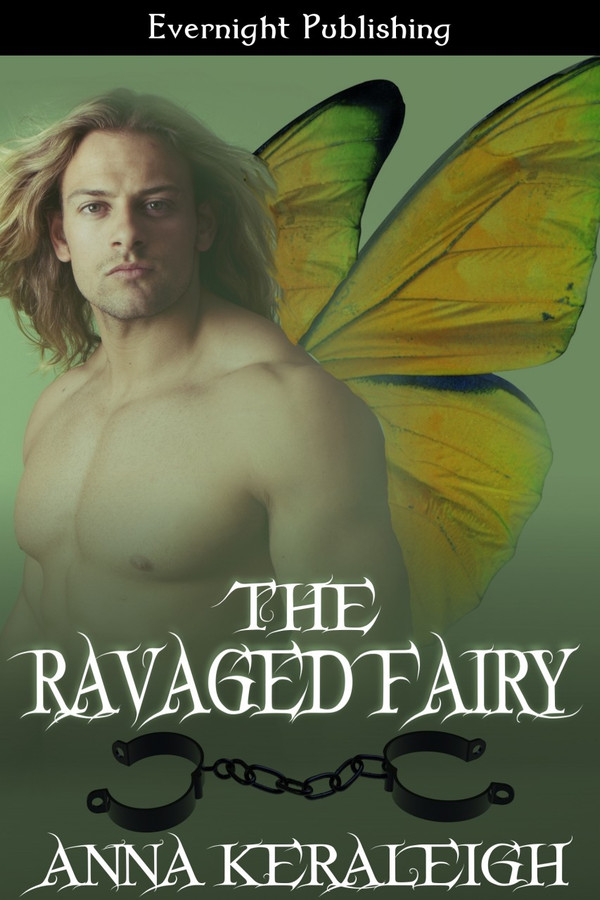 What would happen to a fairy without wings?

Thame is a warrior, a golden fairy who is loyal to the King and new Queen. They are on the verge of war with the Trolls. It’s an ongoing battle that he fought with success...until now. The enemy captures him, cuts off his wings and strands him on the remote Aran Islands. His escape is a miracle, but the night is still young.

Breena never expects to find a half-naked man with a mutilated back in her home. Now she finds herself in the middle of a war she didn’t even know existed on top of discovering she’s only part human.

Breena took the deepest breath of her life as his eyes closed. Her body was on fire.The thumping of her heart was so loud it could wake the dead. He was in his loincloth and his ass cheeks were barely hidden. When she first saw him lying on the floor, she intended to berate him and then help, but her eyes fell on his excess of uncovered flesh. She was a goner from there. Holding her breath and trying desperately to keep her hands from exploring.

The man was a work of art. She watched his closed eyelids and placed her hand on his back. They didn’t flutter open and she took that as a sign. Her fingertips trailed down to his lower back. His skin was so soft. She continued lower, her palm greeting the flesh of his tanned butt. Her teeth nibbled at her lower lip and she followed the path to his thigh. There was so much muscle, such strength beneath the soft exterior. What a girl could do with all this muscle.

Her palm slid back up, this time along his hip, over the cloth and toward his head. She bypassed the red bandages and brushed her fingers through his silky golden locks. Breena shifted the hair away from his face, her fingers caressing his chiseled jaw and one finger grazed his lower lip. Lord, she would go to hell for this.

Breena leaned down so intent on pressing her lips to his. Her first kiss was going to be to an unconscious man she knew nothing about. Not even a last name, how lame was that? There was a quick shrug of her shoulders. She’d still get to kiss the most striking guy in all of Ireland. Her breath fanned his cheek. She tilted her head as nerves rattled her composure. She’d never been this close to a man in her life. Her breath quickened and moisture flared between her legs. Nipples turned to pebbles, pressing against the soft lace she wore and then he opened his eyes.

Her mouth parted in a surprised gasp. How the hell was she going to explain this? “You’re dreaming.” The words burst from her mouth before the plan formed.

His gaze softened, his hand reached out and his strong fingers gripped her chin. This was it; her first kiss and he was conscious. She wanted to smile but he stopped just short of her lips. His breath was warm as it fanned her skin. “Dreaming?”

Shite. “Yes.” He looked confused by that and frowned before his grip went slack. Thame’s eyelids slowly closed and left Breena with an overwhelming need to relieve this sexual buildup. He hadn’t even kissed her yet and she wanted to rip both their clothes off to rub against him until an orgasm relieved the tension. This wasn’t over. There could still be a kiss between them tonight. She leaned forward and then the window shattered.

The Ravaged Fairy is highly imaginative and full of those ooh-la-la, hot sex scenes. The story takes place in a magical fairyland. You can almost smell and feel the surroundings and those hot and steamy sexual love scenes between Breena and Thame. The author will have you wanting to visit this fairy realm and just soak up the magic and the beauty. I couldn&#039;t put the book down. It screams, MORE, MORE, and MORE! Thame is a warrior, a golden fairy. War is about to break out with the Trolls, but Thame remains loyal to the king and queen. The trolls capture Thame and strand him on the remote Aran Islands after cutting off his wings. What will happen to a fairy without wings? He escapes. Now Thame must save Breena because the Trolls are on attack again. The romance that began with Thame and Breena becomes a sexual fire that fast becomes out of control. Breena discovers she is not all human. The title amazingly fits the book and Thame. Let&#039;s face it, the book was fantastic. Put two and two together when reading The Ravaged Fairy to discover how the title fits with Thame.

This novel is un-freaking-believable and I mean that in a good way. What a read! This is the second book in The Fairy Series. Although each can be read as a stand alone. We enter a place in Ireland where fairies come to life, literally. Thame is a fairy warrior with golden wings. In the first book, he’s attacked and we never find out what happens. In this book we do! He’s saved by a little thing just into womanhood. Breena has a wonderfully funny personality. She’s constantly falling in front of him. They were unique scenes that made me smile. Come on ladies, how many of us have gone for the sexy look and fell flat on our ass because of those damn high heels. Well, I know I have. The Trolls, evil creatures, are at it again and Thame must save Breena this time. It is a rollercoaster of action and adventure. The romance? The sexual heat was a slow sizzle that quickly led to an all out fire. Thame came out of his quiet, almost aloof shell and Breena finds out she’s not all human. Her father is someone we’ve all read about. It’s a nice, unexpected twist. That said, she added a bit of each character and I think that was a bit risky. It didn’t work. Too much going on. Still the story prevailed. Her descriptions were lovely and magical. The fairy kingdom is a place I long to visit. Ms. Keraleigh kind of reminds me of Laurell K. Hamilton. She has that really unique imagination with some seriously smoking sex scenes. If you like hot reads that bleed romance give The Ravaged Fairy a read!

Now I have to tell you I have been waiting for this book since I read the first in the series.When I got the email from Anna asking if I would like to read and review the book I was jumping up and down in my seat (i was in the car at the time) and then did a little happy dance when I got home. Seriously, you can ask my hubby, he looked at me like I was a little bit crazy. Yes I still get excited when I get review requests from authors and even more excited when it&#039;s a book I have been waiting for. I only wish there were two of me, one I could sit down and have read every book on my review pile and one to do the rest of my daily life chores...oh well it may happen one of these days. Now on to my thoughts on The Ravaged Fairy. Thames&#039; story is one I have been waiting for, Anna leaves it as such a cliff hanger in Fairy Flavor that you want to scream. Well she doesn&#039;t disappoint in this book. Thame&#039;s leading lady Breena is a wonderful character and someone you can really sympathize with. She lives with her grandmother, she is a lover of romance novels, and believes she is ready to try and find that special someone that puts butterflies in your stomach and makes your knees weak. Then Thame comes into her life, she finds him along the road, injured and takes him back to her home and nurse him back to health. She becomes a total klutz around him and is sure he doesn&#039;t feel the same as she does, or does he? Soon her world is turned upside down, she learns that Fairies, trolls, and all kinds of fairy tale creatures are actually real. Steamy, sexy, full of sizzle. This again is not a book for the lighthearted. Grab your glass of wine, snuggle up in bed and get ready for a yummy read! I give it 4 wings!

For anyone who&#039;s into Irish folklore or just a well written sexy read, this is the book. Thame and Breena were such well done sympathetic characters I couldn&#039;t help but cheer them on from the moment Breena took it upon herself to nurse him back to health. This story will have you smiling, blushing and begging for more, *hint, hint* Ms. Keraleigh.

Thames story was every bit as good as the first one. Loved it!