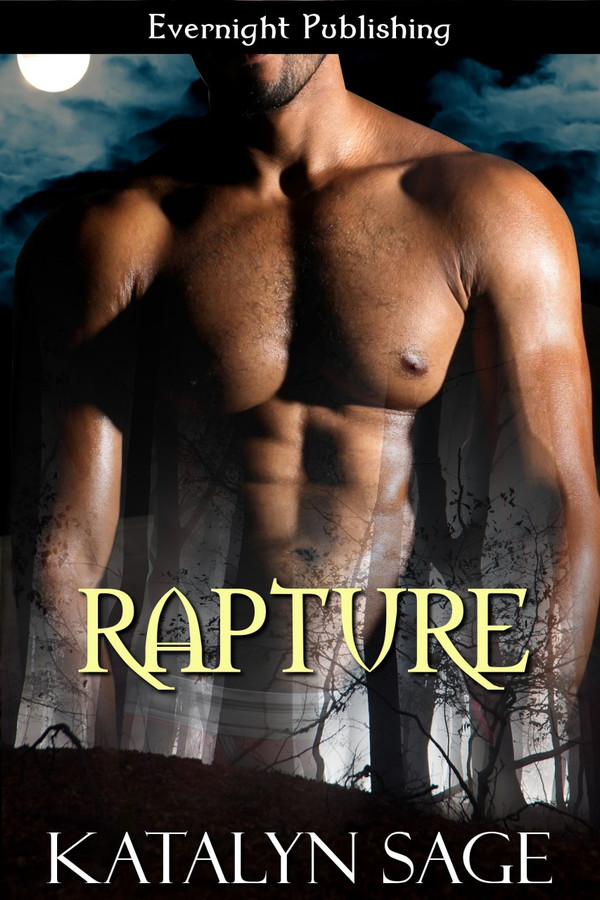 Raine values strength and skill above all else, desiring nothing more than to make her father proud. But when she met a dark, seductive vampire at a tournament centuries ago, she couldn’t deny her attraction to him, nor the feelings he invoked within her. Six centuries later, she’s forced to fight for her love again, and though they're battling against all odds, she won’t give in to those who would keep them apart.

After surviving a vicious battle with his twin brother, Ferox remembers nothing of his past and struggles to believe the details of the life he once had. It's only Raine's persistence and the love he sees in her eyes that he finally feels like he's getting some answers. When her life is threatened, Ferox will stop at nothing to reach his Valkyrie.

Raine giggled as Ferox pulled her to him. He’d developed a liking for running his fingers through her hair, his eyes gleaming with that radiant green she’d grown fond of seeing. She’d learned rather quickly what her vampire was thinking whenever his eyes glowed like that. Though her hair wasn’t as long as it had been the last few days. Ferox had nearly lost his mind when she’d sheared most of it off with her sword.

“You shouldn’t be too loud, Caalia,” he whispered. “Anyone could hear you.”

“Nah. We’re too far away now.” She gave him a look that more than indicated what she had on her mind. Him. Against a tree. With her riding him.

He growled and lifted her, and her legs automatically wound around his waist. They’d been like this for days, spending time in the midst of demons, accepting congratulations and even posing for drawings with some of the more excited crowd. The nights, however, had been just for them. She suspected Caleen did the same. She’d noted a familiar twinkle in her sister’s eye—and that of Raider’s—that could be chalked up to the same that gleamed in her vampire’s eyes. She and Ferox had even discovered many advantageous ways of using their mouths to pleasure each other.

Even now, she let her gaze wander over the male that had taken over her heart, blushing at the primal expression of need and desire. She wasn’t sure she’d ever seen him so hungry. “Ferox? When was the last time you … mmm-hmmm?”

He dipped his head to kiss her, but she pulled back on his hair, meeting him eye for eye. “How many?”

Ferox swallowed and looked away with a shrug. “Over a week.”

“A week? How often do you normally eat?”

“Food, every day. Blood, every couple. Unless you’re mated, then it’s however often she—”

“Ferox! You need to drink! Why wouldn’t you … Why are you starving yourself?”

His arms loosened, and she slid to her feet. He turned his back to her, so she could barely see any of his face behind his long hair. “I can’t make myself feed from another female. I won’t.”

So that was what she felt these last few days? Not just lust for her body, but also lust for her blood. Now it was her turn to swallow. She took a step toward him, her bare feet brushing over the grass, and placed her hand on his arm. “How is it any different than before?”

He faced her, befuddled. “How is it different? You have made it different. From the first time I saw....” He exhaled, his face and body visible relaxing. “From the moment I saw you, I’ve wanted to taste you. Not just here,” he pointed to her lips, “or here,” he brushed his hand over the junction of her thighs, “or anywhere in between. I’ve ached to taste you. All of you.”

Raine could scarcely hear anything over the sound of Ferox’s voice and the beat of her heart. As if his own words had sprung his need to life, he lifted her wrist to his mouth and grazed it with his fangs. “You ... ache?”

“More than you could e’er know, Caalia.”

Her heartbeat had grown so erratic she could feel it everywhere: her neck, her ears, the tips of her fingers, her sex. “Will it hurt?”

“No. It might sting a little, but it’s been known to be … pleasurable. Do you remember when I gave you mine?”

She did, indeed. It had felt so incredible that she considered the experience to be akin to making love. If she could experience that again, all while sharing it with Ferox, then she had no reason not to. “Of course I do,” she answered, gazing down at where his thumb rested over the pulse in her wrist. “Do you normally take from the wrist?”

He shrugged again. “It depends. Some do.”

Raine stepped toward him, peering up at Ferox from under her lashes. “Where do lovers take from?”

He ran the back of his fingers down the column of her neck. “Lovers take from here.”

She turned her head to the side in response, angling her head just so. “Where would you have me, Ferox?” She pointed to her wrist and then to her neck. “Here, or here?” The brush of her own fingertips over her neck caused goose bumps to spread. She couldn’t believe she was being so direct, nor that she was even considering letting Ferox drink from her. Then again, when it came to her vampire, any reservations she’d had previously vanished, and now all she could do was think of all the things she’d enjoy sharing with her vampire. Things Father had taught her to despise.

“What are you doing?” he asked, his expression taking on an almost-horrified look.

“I’m offering my blood to you.” And her heart pounded at the mere thought of it.

His cock twitched and her eyes rooted to his pants for the briefest of seconds. “You … You can’t mean.” He shook his head and gripped her shoulders. “You would do that?”

She straightened, admiring this vulnerability she’d never seen within him before. How could he not know that her own desire for this was as stoked as his? “Of course I would. I’ve shared my body with you. How can I let you go hungry?”

“But we don’t even know that your blood could sate my thirst.”

“How will we know if we don’t try?” She inched her head to the side again. “Take me.”

Ferox bent low, gripping her ass with his hands as he hefted her up. He sat down on a boulder with her in his arms, and set to kissing her neck, sending tendrils of fire-hot desire through her body. Just as she was about to tell him that he’d better get to it before she decided to do some sucking of her own, he struck.

I look forward to the next book. Your books are hard to put down &amp; always are interesting &amp; exciting.

Born of Silence by Katalyn Sage