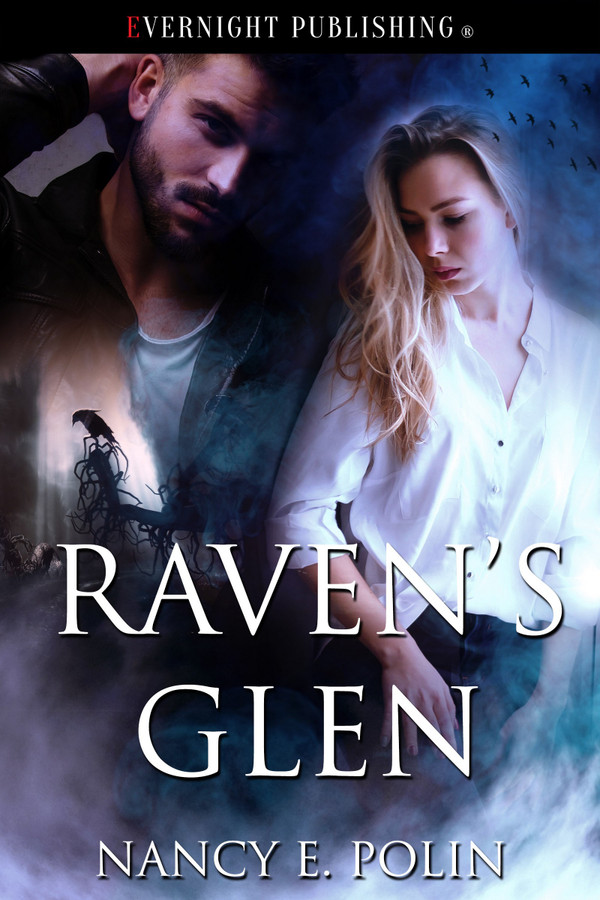 Skylar Donaghue has no memory of the night her parents died. When the perfect career opportunity arises, she ignores her brother’s superstitious warnings, choosing to leave the Choctaw reservation where she grew up and return to the place of her birth.

Widowed and caring for his young daughter, relationships are the last thing on Jack Langham’s mind. A chance encounter finds him intrigued, then captivated by a beautiful, but mysterious, violet-eyed woman and before he realizes it, he’s falling faster than fate may ever allow.

Stephen Donaghue holds the key to that long ago night, but never speaks of it. Now that Skylar is being pulled into the past, he fears its ghosts will darken their future and claim his sister forever…

The doorbell rang and she swore again.

She quickly dispensed of the mess and ran her finger under the kitchen tap, drying it with a paper towel and crossed to the front entry. Her mind and eyes fuzzy from crying, she opened the door without thinking.

Jack stood on the other side of the door and she blinked several times, trying to clear her vision. His brows were drawn together in a scowl. His face was angles, shadows, and full of anger, but as they stared at one another, his fury eased. A more natural expression of concern peered out from the anger, extinguishing it completely. “Are you okay?”

She hugged the side of the door, wanting to step into his embrace but refraining. “If you must know, I just broke my Mawmaw’s bear. What are you doing here, Jack?”

The ridiculousness of her comment made her want to smile through her tears, but she didn’t dare.

He just looked puzzled. “May I come in?”

Sky knew she needed to tell him no. She’d expected they’d eventually come face to face—it was a small town after all—and she’d prepared to tell him it just wasn’t working for her. It was an egregious lie because she wanted him more than ever, but it needed to be done. She had no choice. Instead, as if on autopilot, she nodded.

Jack stepped past her and she caught the whiff of soap and deodorant. He sported a couple day’s stubble and his hair was damp from a recent shower.

“Is Avery okay?” She shut the door behind him.

“She’s fine. She’s staying over with Bailey tonight. She seems to do that a lot lately.”

They were falling into a familiar, comfortable exchange, but she couldn’t allow it. “I’m sorry I wasn’t clear with you. Things have been a little hectic.”

“You didn’t even try to be clear.” He gazed into her eyes, a spark of his initial anger returning. “Everything seemed to be fine. You and I seemed to be fine. And then you practically lay rubber outside my house Halloween night and that’s that. Do you think you can help me understand? I think I deserve it, don’t you?”

“Of course you do.” Tears tried to return and she gritted her teeth against them.

“Of course not.” She stammered, shocked.

“Are you going to say ‘It’s not you, it’s me.’?” Because if you are, I’m going to blow a blood vessel right here in the middle of your living room.” His words bit out at her, demanding truth when she couldn’t give it to him.

Sky opened her mouth and closed it again. That had been exactly what she’d been about to say, as clichéd as it was. It wasn’t a lie though. “I … I don’t think I can explain.”

He smiled, but it wasn’t a pleasant one. “You can’t explain. Now, that’s just awesome.”

Saying nothing, her heart stuttered in her chest. So damned unfair. She didn’t want him to hurt. She wanted to put her arms around him and pull him close. An alien, yet deep-reaching emotion had taken hold, but she didn’t dare look too close. Not now. Instead, Sky just stood rooted to her living room floor.

Jack shook his head and turned from her to step toward the door. He stopped and she watched his shoulders heave as he pulled in one full, slow breath after the other. Frustration, and confusion radiated off him in furious waves and if he were anyone else, alarm would have already risen inside her.

She gasped when he spun toward her and closed the distance in two long strides. Before she could react, he’d cradled her face in his elegant hands and pressed his lips to hers.

Skylar Donaghue is saying goodbye to her Mawmaw, at her grave, before she leaves the town she grew up in for a job in the city she does not remember. She does not remember her parents and where and when she lived with them, or before she and her brother lived with Mawmaw. She had spent so much time working to get her degree and was now ready to teach anthropology at the college level. A few days after settling in to her temporary housing, she went for a jog and is drawn to an older residential neighborhood and a house that at first glance looks welcoming and homey but somehow, while standing dazed in front of it, she sees the older evil underneath the surface. Jack Langham is a widower with a young daughter named Avery. His wife died in an car accident and he is just starting to come out of the fog of misery he has been in since then. He keeps busy with his job and also teaches at the same college as Skylar, and his daughter and any and all excess energy he expels in vigorous workouts in his garage – turned home gym. Jack and Skylar bump into each other on her first day at work, and again a few days later they run into each other at the park after Skylar is resting from a job and he is with his daughter Avery. Their next run in is at a bar after work with their respective co-workers. Neither really wants to be there and they end up leaving together and making a date for another time. When Skylar is eventually invited to his house, she realizes it is the house she was drawn to when she first got to town. She is very unsettled when she goes in but ends up leaving and having a fever for the weekend. Sky’s brother back at home has discovered a letter from Mawmaw in a box he had been putting off opening that changes everything he thought he knew about his parents. Now he just has to tell Sky. I really enjoyed this book. There is just enough of a slightly supernatural edge to be on the believable side and not too out there. The chemistry between Jack and Sky feels honest and convincing. If I had to ask for anything more it would be more of the Native American history and beliefs. I have always been fascinated by their cultures and there were bits in the book but more would have been better, for me at least. I understood how and why the book was titled Raven’s Glen, but would have enjoyed more of the raven’s role in Native American belief system.

Raven&#039;s Glen by Nancy E. Polin Review from Jeannie Zelos book reviews Genre: Mystery and Thrillers, Romance I almost didn&#039;t read this, Nancy mentioned it had elements of horror, and its a family joke that I am a real wimp about that. I have such a vivid imagination that my dreams tend to be complex, and sometimes scary, so anything horror tips the balance...but it wasn&#039;t that sort of horror, more the unpleasantness that comes with certain elements of the supernatural. It was a bit spooky, but not scary. I loved Skylar and her brother, he&#039;s so protective and has been looking out for her since they escaped a horrific home situation to live with their grandmother, their beloved MawMaw. Now she&#039;s died, they both miss her badly but are still very close. Skylar has accepted a job that happens to be in the town they escaped from. Her brother is Not Happy, to say the least, but Skylar seems to be drawn there with a slightly unnerving, unexplained pull. She&#039;s settling in well, enjoys her job, when she meets Jack at her workplace. She&#039;s already bumped into him at her interview, then again around the town. He&#039;s gorgeous but not on the lookout for a new relationship. He&#039;s drawn to Skylar though, they seem to keep coming across one another and he finally asks her out. Stephen has never talked about the horrors of the night they left, never told Skylar what happened, and she seems to have blanked it from her mind. Now she&#039;s back though it seems the past isn&#039;t quite finished with her. Its a gradual build up, first the attraction between Jack and Skylar, then slowly she gets integrated into his family. Skylar is in for a shock though when she goes to his home. The tension ratchets up gradually, building on little things, more references to the past, more secrets being revealed, and the dangers slowly come to light. The more Skylar learns the closer the past becomes, and its a question of should she outrun it and leave the job she enjoys, the man and his daughter that she loves, or should she just face up to the past and try to beat it? I really enjoyed this, just enough spookiness to keep me reading, not so much that it gives me nightmares. I live alone, I hate nightmares, when everything seems more believable that in the light if day. The Native Indian setting works really well, they are very in tune with nature and the supernatural, and really helped the story to feel genuine. Stars: five, a fantastic read, not too scary, and very engaging, making me wonder just what was coming next.