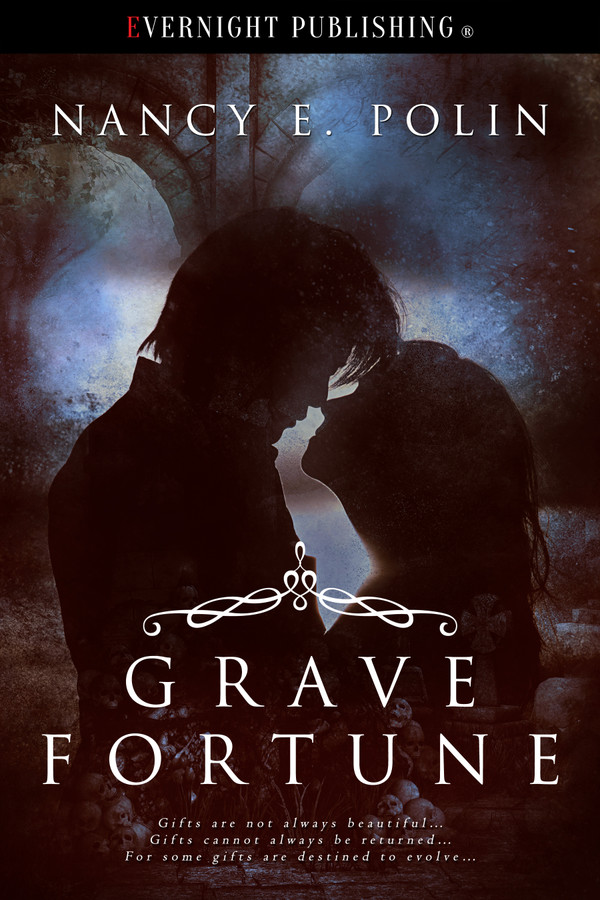 Gifts are not always welcome…

The accident which claimed her husband’s life left Dana Chambers with a unique ability.

Gifts are not always beautiful…

A long ago promise puts Alex Kelly in the reluctant role of guide and protector.

270 years of life is more than Joseph ever wanted, but the long road may have just become a bit more interesting.

For some gifts are destined to evolve…

Joseph stared at the human at his feet, taking in the pale flesh and bloodied neck. He cocked his head to the side, considering. Dana had fed from this one, but left him alive. That had probably been intentional on her part. The horror he smelled inside, however, had not been. She’d lost control. Whatever that wonderful power was, the men inside had experienced it firsthand. He was a little sorry he’d stayed away. He’d felt the transition of her worry into fury, but had resisted going to her. A tiny part of him feared her, but he tucked the admission away, more comfortable with the likelihood she hadn’t needed him.

He dropped into a crouch before the man, who stared unblinking at him with huge, terrified eyes. His mouth worked, a low “ahhhh” sound escaping between sagging lips.

“I’m sorry. She shouldn’t have left you like this.”

Within the beat of a breath, Joseph snapped the man’s neck. He then rose and stepped over the corpse to face whatever Dana had left inside.

The smell seared into him, a mélange of human refuse. He walked between bodies, careful to avoid congealing puddles. In all his years of roaming the planet, he couldn’t remember seeing death such as this. He’d seen disease, burning, humans crushed, ripped to pieces, impaled, almost anything one being could do to another, but this was new. It appeared something deep inside these men had sought escape, snuffing them out of existence in a pulse of energy.

Interesting. The man had to have been here. Dana wouldn’t have reacted as she had otherwise.

These deaths did not bother him. They no doubt had it coming. What bothered him were the implications. His fledgling was powerful. Too powerful. Dangerous to humans, yes, but possibly dangerous to her own kind. He remembered that electrical current running over his flesh, the hum of it in his head. It had been unpleasant and she hadn’t even been aware of it.

Maybe he should have let her die. It might have been for the best.

The thought brought a deep pang of sadness and he closed his eyes for a long moment.

No. These men deserved their endings. If they’d left her be, they wouldn’t be drawing maggots. She’d protected herself and someone she cared deeply for. There was no crime and she shouldn’t suffer for it. For better or worse, she was his child.

Joseph wheeled around, expecting the generator to the old place might have enough fuel for one hell of a campfire.

Alex prepared to leave his very best friend behind because he could not control the love she ignited in him. He rescues a vampire along the way and takes a phone which would change his life and set his life on a different course. Dana is not the woman she was before the accident which killed her husband and changed something in her forever. She knows the gift she received would eventually kill her, and the greatest sorrow she has is Alex will lose another person, and she is unsure if he will survive this time. Joseph is the one Alex saved, who will soon save the one person he fears he cannot live without. The result of the gift will change all their lives and give birth to a being like no other. Will Alex and Dana survive or will the gift become the tool to their ultimate destruction? The writing of the author guided the reader through an interesting world and provided a suspenseful story. I enjoyed each character and hope there is more to come. I would like to see the stories of the other characters developed to understand their journey. Grave Fortune is an entertaining read and leaves the reader in suspense until the very end.