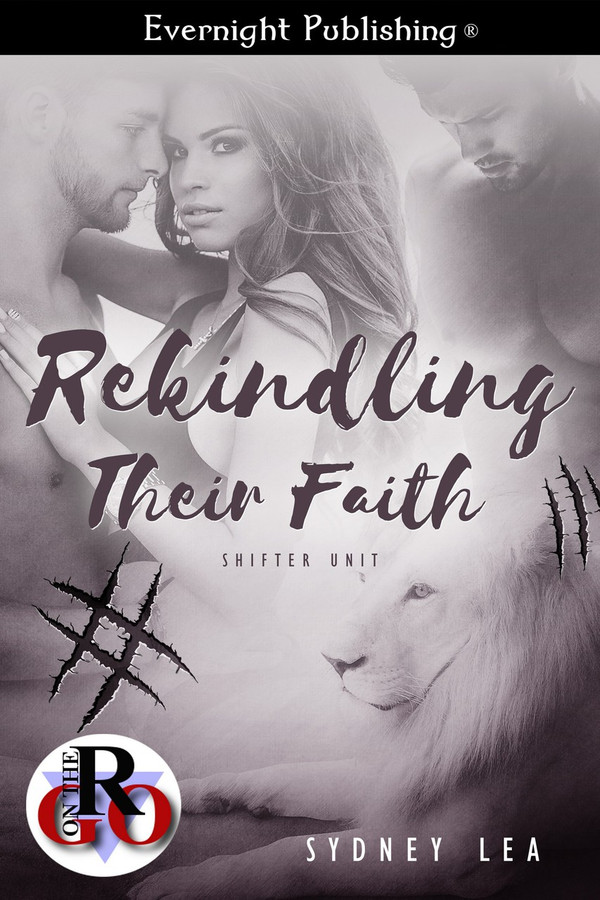 When Faith was eight years old, she found out her best friend, Mercy, was a shifter. Since then, she’s spent her life living just on the outskirts of their world—and dreaming of Mercy’s older brother, Jensen. But Faith has always harbored another secret longing, one for Jensen’s best friend and the black sheep of the pride, Chance.

Chance Dixon was used to the looks he received from others of his pride. Considered an abomination by most, his only saving grace was his superior strength—and his friendship with Jensen Summer, the alpha’s son. The last person he ever thought would betray him.

Faith’s hand came up to cut him off as she wrenched her other one out of Jensen’s hold. “No need.” Her voice was flat, and her eyes were cold. “I knew. I already knew you would have to find a mate, or maybe had already found one. But stupid me,” she chuckled mirthlessly, eyes blinking rapidly, “stupid me thought, just for a second, that you could actually feel even one tenth of what I have always felt for you. Was it fun, Jensen? Was it fun to watch me fall for you, to want you? It must have made your day earlier when I didn’t even fight.”

“Faith,” he whispered, desperate to reassure her. It had never been a game.

Faith didn’t finish whatever she had been about to say, stumbling backward before spinning around and racing for the door. The pride parted, most with confused expressions.

Too numb to move, he watched the door slam closed.

A sharp pain splintered in the back of his head when his mother slapped him. “What the hell are you doing, you idiot?”

“Don’t you woman me, or next time there will be a set of claws attached.” She growled at him. “Now stop standing around like you got caught with your pants down and go after your mate. Your father and I had thought by now that you had told her. When you came inside hand in hand, we thought everything was ready. That both of you were. Have you honestly not told her yet?”

“I didn’t even know you knew or I would have said something. And I couldn’t, Mum.” He shook his head. “I couldn’t claim her knowing I may die and end up killing her. But I also couldn’t expect her to wait for me either.”

“She’s your mate.” She sighed in frustration. “It’s what we do. Even the human mates. It’s wired into our very DNA. Even without you saying anything to her, Faith has been waiting for you to come home to her.”

His mother was right. How could he have been so dumb?

He didn’t get a chance to respond, however, a solid hand clamping down on his shoulder and spinning him around right before a sharp blow landed on his jaw.

Jensen hadn’t been expecting the violent reaction and went down with the force of Chance’s anger. Gasps echoed through the room.

His eyes widened at the murderous expression on Chance’s face. “Chance, I can—”

“You what?” His best friend glared at him with almost murderous intent. The betrayal Chance felt was a stark feature on his face. “You can explain? Oh I’d love to know how you talk your way out of this one. You know I actually believed you. You said we needed to wait. You promised you’d never try to claim Faith without me. Fuck, was anything that came out of your mouth the truth?”

“Chance. What do you think you’re doing?” the alpha demanded.

“Finally realizing exactly where I stand with your son,” he sneered. “You’re just like everyone else, Jensen.”

“Listen to me,” he snarled, as much an order as it was pure begging. “I know what you walked in on. I know what my father just said, but you know me.”

“Do I?” Chance’s eyes blazed with fury. “You’ve been gone a long time.”

Jensen recognized it then. The pain and loneliness.

Fuck. What have I done?

Rekindling their Faith is a short, sexy read about lion shifter Jensen Summer his best friend Chance and their human mate Faith. When Jensen Summer returns home from serving his country he knows that finally there will be no more holding back or keeping secrets. Before taking over as Alpha, Jensen along with Chance will finally get to reveal to Faith what they have kept from her for years. But when his secret is revealed and it all goes wrong, some of the pack will turn leaving Jensen with one call to make and a change not everyone will embrace.

A Thorned Rose in the Sand by Lea Bronsen