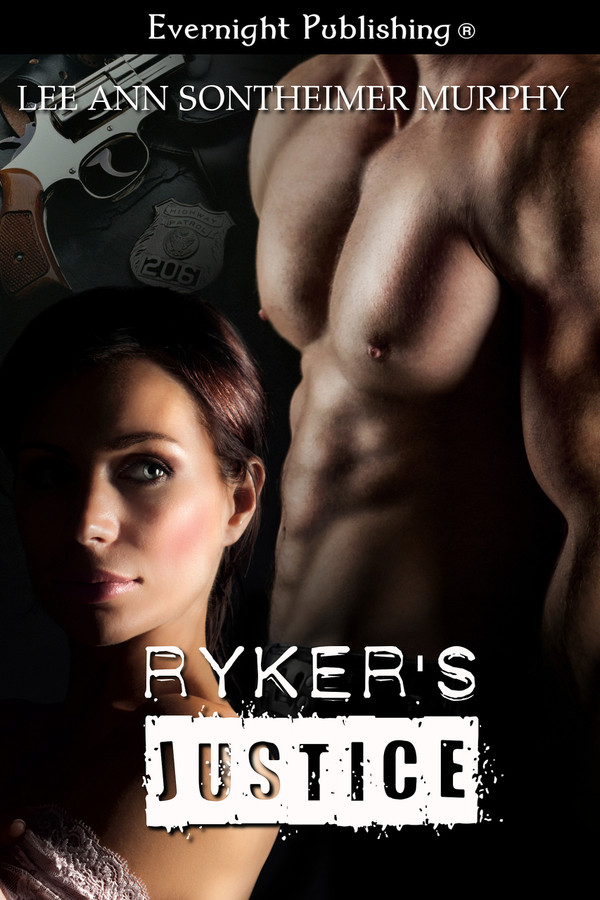 Home for Jude Ryker is the rugged Ozark Mountains.  When he returns as a Department of Justice agent to investigate a major moonshine operation, he doesn’t share his assignment with anyone.  As far as the locals know, he’s back, like a bad penny.  While he digs into the case for ATF, he puts in time as a handyman at a local inn. When he meets guest Nicole McAdoo, he wants more and before long they are in a relationship.  He shares his true purpose first with Nicole, then with his family. When he uncovers the truth about the moonshiners, things get serious and could prove deadly—for them both.

October chill added the hint of frost to the night air. When they emerged onto the blacktop, the trees began to be replaced with open fields. Above, the moon commanded the sky as it rose, the color tinted with harvest orange. The stars glistened, each a bright diamond flung into the darkness. Jude switched on the defroster to keep the windshield clear and when he hit a rough spot in the road, the radio, always unpredictable, blared to life.

The high, nasal voice of Hank Williams sang across the miles and decades, as familiar to Jude as his childhood toys. His daddy favored the singer’s classic music and Jude had been raised with the songs as a soundtrack for their life. After his mother’s death, his father spent many a long night playing the worn LPs on the stereo, drinking and often crying. Hank’s melancholy music could touch a chord deep within Jude and shred his heart. He reached for the knob to shut it off when he realized Nicole sang along with the tune.

Each word slashed through Jude’s emotions, sharper than a knife, and laid his soul bare. “I’m So Lonesome I Could Cry” hit his Achilles’ heel. He’d grown up to the sound of whip-poor-wills and he knew the gut-wrenching kind of lonely Hank still sang about. As a little boy, he’d cried some nights when his father repeated the song more than once. The poignant lyrics tonight reminded him how empty his life stretched out for so very long. Since leaving home and turning his back on college, Jude had held tight to first the Navy, then to his job as an ATF agent. Work replaced family, friends, and hope. Brick by invisible brick, he’d built a wall to keep out the rest of the world because if he let them close, they possessed the power to hurt him.

Since his return, Jude’s family poured love into his life. His brothers’ quiet acceptance, their wives’ welcomes, and the affection of their children had taken root. He’d allowed himself to become friendly with the Cockrells and now Nicole had slipped beyond his barriers. No matter what hurts he’d suffered, what pain he’d known, what bad hands life might have dealt him, Jude knew he’d never suffered the way Nicole had.

She sang the lyrics, eyes closed, her alto voice taking the words and claiming them. Nicole made it into her song, her lament. Jude shared the raw emotions she put into it and he wanted to weep or rage. He ached to pound the steering wheel to vent his feelings, and he wanted to take her with such a powerful rush of desire that he didn’t dare trust himself to share.

Without warning, without thinking, he pulled into the parking lot of a long-closed restaurant as gravel crunched beneath his tires. As soon the truck halted, he touched her hand. “Stop,” he cried, his voice hoarse and harsh. Then Jude twisted the radio off and silence fell between them, heavy as sin, darker than midnight.

Nicole lifted her head and faced him, her eyes brimming with unshed tears. “Jude?” she asked, hesitant.

Clumsy as a bear, desperate as a drunkard in search of drink, he grasped her shoulders and took her mouth with his. From the first impact, want triumphed over common sense and tenderness drowned under the powerful rush of aching need. In those moments, Jude sought to fill his emptiness, to erase his loneliness with Nicole’s vital presence. Desperation mingled with rising desire and he kissed her hard. Her mouth remained immobile beneath his and then yielded, her lips meeting his with the same hungry fire. Nicole wrapped her arms around him and held tight. Her essence, the taste of her mouth, the aroma of her hair and skin, surrounded him and he drank deep. Their connected mouths delivered a rush of pure emotion, enhanced with adrenalin. Jude kissed her until his lungs protested, until his breath came short and his body burned with want.

Something in the kiss awakened feelings he didn’t expect to have for any woman and delivered him from the abyss of his solitary life. He tasted hope on her lips and the impact skewered him, sharp and visceral. Everything he thought he’d wanted and worked for changed in those moments to a new reality. Jude broke away with more turbulent emotion than he’d had during meaningless sex. His feelings were engaged as much as his body, and the combination packed a potent punch.

He stared at her and when she smiled, his heart twisted into a pretzel knot. “Maybe I should sing more often,” she said.

Jude Ryker left home many years ago chasing a dream of change. His return home brought back old memories, but he is home for more than nostalgia. He never figured when he came home to find the illegal moonshine operation he would find his future. Nicole McAdoo has a terrible past through no fault of her own, and when she changed her name she left it all behind. Meeting Jude has provided her the perfect example of everything a man should be, and she wants him for herself. Jude and Nicole both have secrets, but before they can move forward they must confess. When Jude’s secret brings him to the brink of death he must fight for his life and that of Nicole. Jude Ryker is a wonderful character who tries to always do the right thing. I liked him from the very first page. I enjoyed the lack of angst between Jude and Nicole because so many stories include a tug of war of the hearts which makes both characters look like they are too scared to find happiness and hang on to it. The storyline is engaging and the mystery in the sleepy town one would never expect. Ryker’s Justice is a wonderful read for the romantic and mystery fan at heart. - See more at: http://www.coffeetimeromance.com/BookReviews/rykersjusticebyleannsontheimermurphy.html#.VMVpH_54p7l

Jude Ryker is an ATF agent sent home to the rugged Ozark Mountains to bust an illegal moonshine operation that is making bad moonshine. No one in town knows why he is truly home. But he’s spending time trying to blend in as he searches for clues. However, he keeps coming up on dead ends and Jude is running out of time. Nicole McAdoo is new to town and staying at the local Inn. She is recently divorced and trying to make a new life for herself. When she meets Jude, she wants to get to know him better. The connection between Nicole and Jude is intense as well as realistic. I liked how they tried to take is slow while fighting the attraction between them. The sex scenes were scorching. The only thing that bugged me was that, this is Jude’s hometown and he has no idea where and who could be making illegal moonshine? Somehow, that is the only part that is not realistic. I found this book well written with a unique plot. I loved the balance of suspense and romance. The main characters and the secondary characters were unique. The ending of the book was a bit predictable but the journey this book undertakes is well worth the predictable ending. Overall, I enjoyed this book.