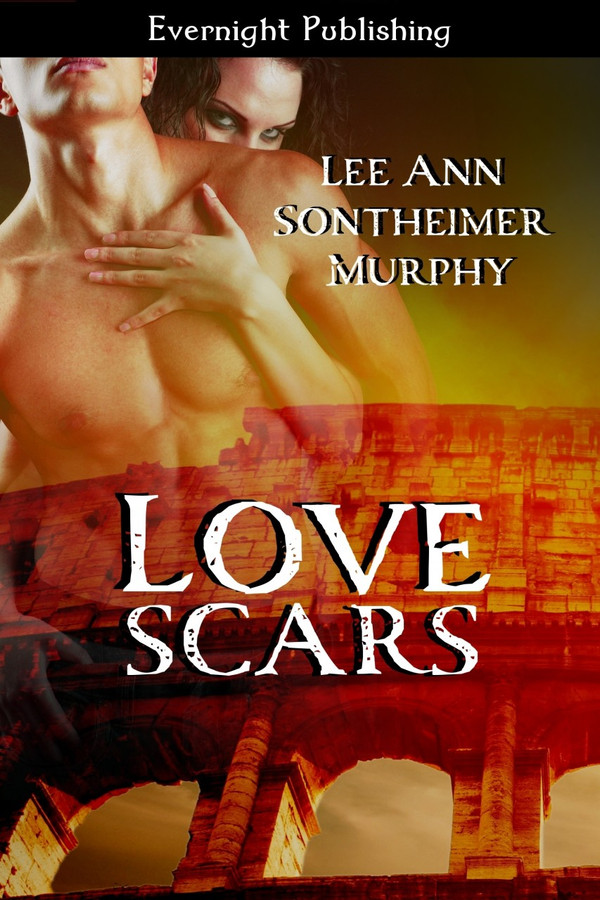 After marrying her sexy undead husband Will Brennan, Cara Riley Brennan thought her happy ending would last forever but she soon learned that the course of true love doesn’t ever run quite that smooth.  Just when she thought they were settling into eternal bliss, Sallie Hawkins, the woman who made Will into a vampire in the past, intrudes into their lives.  She’s wicked, she’s jealous, and she won’t stop till either Will or Cara is dead.


When the three meet for battle, they all may not survive and in the end, who lives and who dies is up to Cara who will do anything to keep her chance at a permanent happily ever after ending intact.

His lips fused to mine with force and held there as he used the one thing that would shut me up to his advantage.  I kissed him back, tasting his sweetness like vintage wine and let my hands stray over his body, hungry and aching with need.   His taut body softened under my touch, relaxed as he put whatever troubled him away for now.  Will’s big hands traveled over my skin with such gentle skill that I quivered now.  He thumbed my nipple with one hand and brought his mouth down to suckle at the other like a baby.  Shock waves of delight washed over me as I let my fingers stray into his hair, caressing his curls.   Long before he kissed his way below my belly button, I needed him to release me and writhed beneath him, begging him to give me his cock.
One of the advantages of being a vamp was that all my senses had heightened.  My skin responded to the tiniest touch, the slightest motion. The brush of Will’s fingers against any part of me evoked powerful sensation and sweet response.  I heard sound in a brand new way, amplified and enhanced.  My vision sharpened, especially at night, and everything tasted richer to me than ever before.  If the five basic senses grew stronger, so did other senses, the ones that no one can quite name.  Call it sixth sense or fey the way that Will did, I tuned into him like a clear channel radio station.  On the few times we were apart, I knew where he was and what he did.  His thoughts reached me like brain messages and we had few secrets. In spirit as well as in the flesh, we were one.
Now, as his hands teased my body, I picked up static from an outside source.  I tried to tune it out but couldn’t and I wasn’t able to block it.   The best I could do was push it back, a little farther away.
To distract myself, I rose to meet him and used my fingernails as claws that raked his back.  He shivered, this time with pleasure, and I thrust my pelvis toward him like a beggar.  As he moved down toward me, nearing that connection, I locked my lips around his nipple and nibbled.
In response, Will thrust into me with power, flowed into me like a river following its course, and I answered his passion by giving it all back.  We coupled, each movement raising us toward that ultimate moment of pure pleasure so that when we came, we came together.
In a brilliant burst that reminded me of a fireworks finale on the Fourth of July back home, I screamed his name as he bit my shoulder with enough force to break the skin and we finished.  He licked the tiny trickle of blood before collapsing down beside me with a grin.
Whatever troubled him, he forgot for now.
I left it at that, savoring the peace that comes after good loving, but I would find out and when I did, I would approach whatever the problem might be with head on force.
In that winter twilight, as the last light faded away behind the horizon, I watched Will drift back to sleep.  I marveled at his beauty, the little things I adored about him.  I liked the way that his curls lay against his cheek.   The fine hairs on his forearms fascinated me and they were so beautiful.  So was he.
Until then, the days of our togetherness were sweeter than anything I had ever known and I sure didn’t want to lose that, not for any reason.
Days, we slept, skin to skin, one flesh.  We owned our nights and did just about anything we wanted.
We ate what we wanted and drank, too.  If anything surprised me in those early days of being a vampire, it was that.  In most of the old stories, the tall tales, and the ancient legends, vampires don’t drink anything but blood.    That’s wrong, just one of those things that someone got wrong and it spread.   I’ve been tempted to post something on Snopes.com to debunk the false information but I haven’t.
When we were in Memphis, we prowled Beale Street and drank Walk Me Downs.  We ate at Dyer’s and sometimes we rode the trolley in the moonlight.  Once in awhile, we headed to Tunica and some nights, we just stayed home, happy with each other’s company. We had music, poetry, and we had each other. We didn’t need anything else.
Out on the road, we sailed over the highways like that ghostly galleon from The Highwayman poem and before dawn came, we ate steak and eggs over easy in some diner or a truck stop café.   At home and away, we talked about everything and nothing.   By the time that the heat of summer faded into the first frost, I would have sworn that there was nothing I did not know about Will Brennan or that he didn’t know about me.
Apparently, I was wrong.
Until that January dusk, I figured fairy tales always end happy and in my favorite Western movies, the hero rides off into the sunset with the gal riding behind him in the saddle.  I had my Will Brennan and we had forever, all the time that exists.  Until then, I always had to hurry, never had enough time.  That changed when I did,
You see, the living always feel that breath of mortality against the back of their neck but when you are undead, you have all the days, the weeks, months, and years that there will be ahead so the need to hurry vanishes.   If you know – barring any unexpected complication like some fool with a stake to drive into your heart – you live forever, you have all the time in the world held between your hands.

Other Books in the Love Covenant Series:

Love Scars is the second installment to Love Tattoo. In Love Tattoo these two left off in a great HEA, but now there’s a little bit of a problem that has come into Will and Cara’s life and it’s not a good one. These two find themselves running for their life from Will’s maker. This is a good read and you get the same writing style as in the first book. I just found this one to much over the top on the lovie dovie and way to much Shakespeare and Bible quoting. Yep, these two are even more so hopelessly romantic. Recommend for the hopelessly romance vampire lovers.

If you have not read Love Tattoo (Love Covenant), you should. get it now!~ I will wait! The second book in the Love Covenant series is better than the first. This novel combines a vampire story with a great love triangle (like True Blood: The Complete Third Season ). This novel is more intriguing than Love Tattoo...sorry Leeann, you topped yourself with the second book! Again the character seem to arise off the page. In this volume, the Characters of Will and Cara seem to have more bite to them. That is what makes it work so well in this novel If you want a great erotic love story wrapped with a supernatural twist and the latest volume of the True Blood saga isnt available..this is what you should get! I have one question for the author..when is the next volume in this series coming?