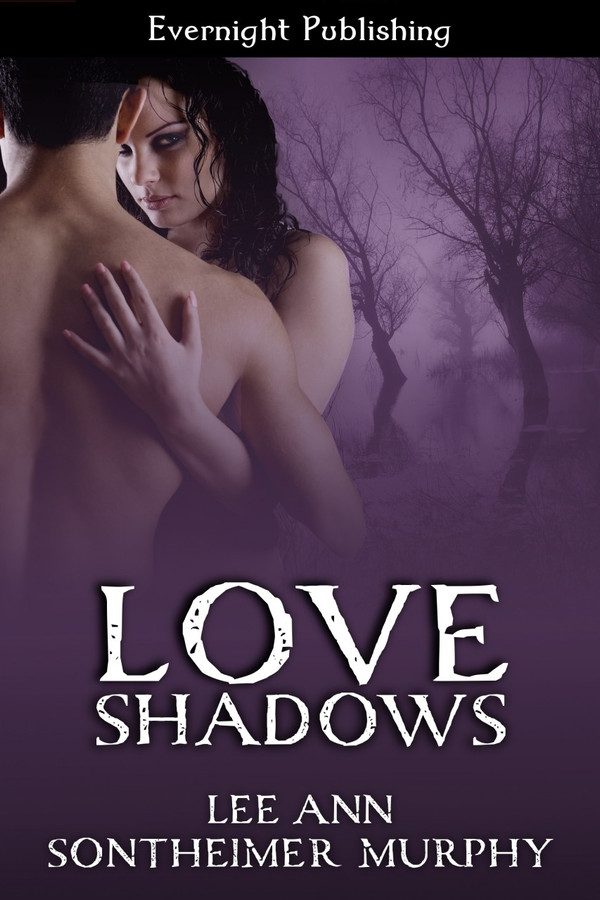 Cara couldn’t be happier now that her sexy vampire husband Will Brennan located his long lost brother Seamus.  Her new found brother-in-law even has a theater where she can sing—until a vampire named Henri shows up in the audience.  He covets Cara, but not for a happy ending. The old vampire, far more powerful than Will or Seamus, has a bad reputation among the undead.

Back in Memphis Henri demonstrates he can make them suffer at will.  A cat and mouse game begins and takes them back to Missouri, then onto Texas for what they hope will be a happy family holiday.

A last minute grocery store run puts Cara in Henri’s hands and leaves Seamus near dead.  When Henri takes Cara deep into the mysterious back waters of Caddo Lake, it’ll take more than just Will Brennan and his brother to save her—if they can.

With eyes closed, his face reminded me of an angel or something from one of Michelangelo’s statues.  His features were just that perfect, his nose well-shaped and the right size to fit his face.   His solid neck attached to his torso just where it should and his broad shoulders exuded beautiful brawn.  I lowered my eyes to appreciate his wide chest, his muscles defined without being grotesque and soft with just enough fine hair to be interesting.   His pale nipples rested on that dark mat and his body sloped downward to a firm, flat belly and then the cleft between his legs where his manhood reigned supreme.   I loved his cock, skilled and shaped well, but I also admired his sturdy, strong legs that tapered down to two of the most beautiful feet I’d ever seen on a man.   Will’s feet are long and narrow, large but with a graceful shape.   His big hands are the same.   Unable to resist touching him, I trailed my fingers over his ribs and down his body.
Will opened his eyes, bluer than the October sky I’d glimpsed at dawn, deeper than any lake or ocean could ever be.  As he became aware of my scrutiny and my touch, they lit up from within, like windows on a dark night and he stroked the curve of my cheek.
“You look much improved, mo anam cara,” he whispered in a voice smoother than the finest Irish whiskey. “Do you feel all right?”
“I do but there’s something I need to make me better,” I told him.
He cocked an eyebrow at me. “What is it?”
“This,” I said and kissed him.  From the moment that our lips fused, energy erupted between us, powerful and potent.  That force filled the air between us with such living strength that I could almost taste it on my tongue.  I craved that might and wanted it to master me, ached for Will to claim me with rough hands and no restraint.  I yearned for the same wildness that he exhibited driving far above the speed limit over the curving roads, flirting with danger and thumbing his nose at death.  With the same zeal that I once had for drag racing on Friday nights down the back roads of Cherokee County in Texas, I coveted that old screw mortality feeling that made me higher than any booze or drug.   I needed Will to turn me every which way but loose, pound me with his body so that I could forget the intrusion of that blonde vampire into my consciousness.  I wanted to erase that feeling of violation, and then replace it with Will’s lasting love, unbreakable and stronger than death or Mr. Blonde.
Will had other ideas.  I fancied brutal lovemaking, strong enough to wipe out anything else but he sought to give me tenderness.  He cherished me, his mouth as soft upon mine as a sigh, sweeter than a spoon of homemade vanilla ice cream, and gentler than the brush of a butterfly’s wing.  That mellow caress tamed my wild fire into a sweet simmer that flowed through my veins, heating me even as it leached away the memory of that blonde.  As my body gentled down, harkening to Will’s hands, I let go of my anger and released my fear.
His placid passion sent it away, washed it from me like a sensual baptism.  Instead of physical combat he immersed me in love, emotion so strong that it evoked delightful tremors throughout my body.  That kiss led to more kisses, each one as fragile as a feather as he trailed down my throat, to my breasts, my bellybutton and beyond.   Each of my five senses, the ones I learned to name back in Miss Gabriel’s kindergarten classroom, reeled with intoxication.
I saw Will bathed in such beauty because I loved him so.  As he caressed me, I let my tongue slide over his naked flesh.  I tasted the salt of his sweat, the flavor of his body and gloried in such intimacy.  My ears rejoiced to hear his whispered endearments, mostly in Irish, the foreign phrases ringing like songs into my soul.  His musk, a rich aroma of manhood and pure Will, permeated my nose until all the world smelled of him and his touch on my skin evoked ripples of pleasure, spasms of delight wherever it fell.
His tender devotion distracted me from giving back and I let him tempt me into such a selfish contentment that I lay beneath him, beside him, as docile as a just born kitten.  His roaming hands made me shiver with his light caress and my anticipation for the cataclysmic end grew until I didn’t think I could wait.
With a slow hand, the easiest touch he’d ever used to love me, Will brought me to a fever pitch of desire.   He fired my want until I thought I would die if he didn’t meet that need, fill my emptiness with his body.  He maneuvered me onto my back and then he speared me, pierced me to the very heart of my being with his hard penis.  Will plunged into me with the strength, the rough need that I so craved and after such tenderness, it sent shock waves of pure physical joy through me.  I bucked beneath him, my body his to control, not mine, and when I came in a rush of tears, laughter, and a scream of animal delight, Will went with me.
Afterward, it took a few minutes to recover both breath and speech.  He spoke first as I curled against his chest, sated and somnolent.
“’Doubt that the stars are fire, doubt that the sun doth move his aides, doubt truth to be a liar but never doubt I love.’”
“I know you do, honey,” I responded, “and I love you, Will Brennan more than the stars or sun or fire.”
“Gra go deo.”
My feeble Irish knowledge knew that meant love forever.