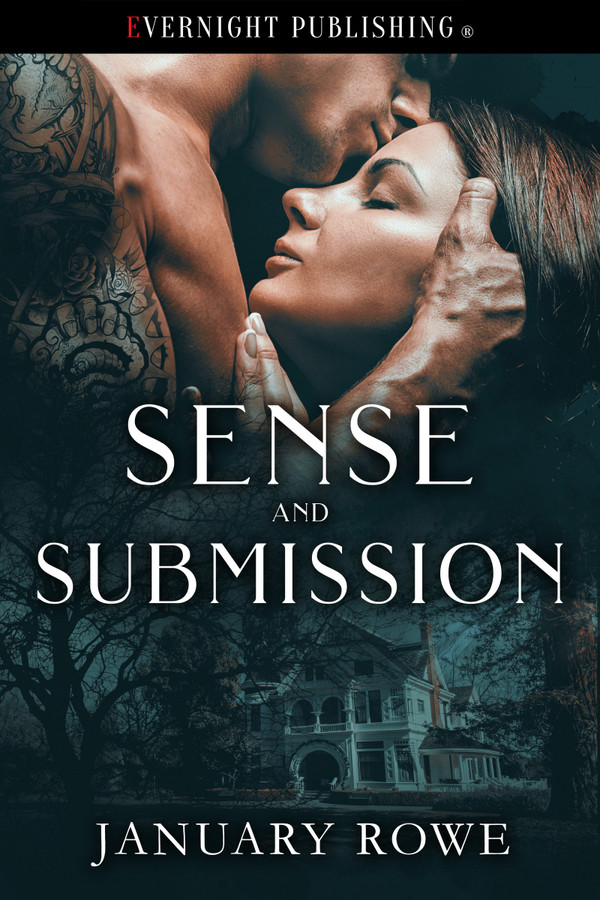 The outer realms of Hell Mary’s were quieter. And the air was fresher, too. Taking in a deep breath, she got closer. She spotted tattoos on his arms in kaleidoscopic geometric patterns, all in black. Not so clean-cut after all. Enjoying the view, she watched him tighten screws and bolts with a competent touch. She wondered if his whole body was covered with that striking ink art.

He stopped what he was doing and looked at her. “Hello. What can I do for you?”

He didn’t seem annoyed, nor did he drool all over her like some of the club dudes she’d encountered.

“Hi,” she said. “Shaul told me you might have been to Ghana. True?”

“True.” He suddenly smiled, his smoky blue eyes crinkling at the corners. “You know that Shaul’s the club gossip, right? No doubt you got the rundown on everyone: past, present, and future. Which puts me at a big disadvantage. I don’t know a thing about you.”

“What is this thing you’re building?”

“A Multiple Axis Spinner. When it’s finished, I’ll move it out onto the floor. Everyone will be able to use it.”

As she peered into the contraption, he pointed out the different parts. He showed her how each ring could rotate independently, and the locations of the heavy metal shackles, allowing a person to stand or kneel or lie prone inside the construction. Although she couldn’t figure out the engineering or the purpose of such a device, she was impressed with its aesthetics. “It’s a work of art.”

“Want to try it? You’d be the first. You can help with a balance test.”

“Is it safe?” she asked, studying his face. Again, his expression was gently disinterested rather than predatory. Still, she had no idea if Cade was kinky, or crazy, or crazy kinky—or just a carpenter who made dungeon furniture.

“Say the word and I’ll let you loose,” he said.

He correctly understood she was worried about him, not his machine.

“A safeword?” she asked.

“Sure. A safeword. Your safeword will be, let me out, or, get me outta here, or how about stop?”

“Are you teasing me?”

Did she? She’d come to Hell Mary’s to observe—not be a crash dummy for a man she didn’t know. Then again, how could she not explore this strange and arresting machine?

She’d be the first.

Shaking just a little, she dropped her pink flogger, and he helped her climb into the contraption. She’d opted for the spread-eagle body position. The most vulnerable, Cade remarked as he shackled her wrists and ankles. Biting her lip, she pretended not to be nervous. After all, he hadn’t chased her down. She’d come to him.

Surely, if she yelled for help, the DM would come save her.

But it turned out the shackles were lined with soft felt, so they only looked fiendish.

The tattoo artist began his testing. He made small rotations, adjustments, asked her questions. When he got close, she caught a scent of wood and lemon oil. She tried to relax into her bondage. He tightened some part of his device, twisted something else. She was upside down now.

She nodded. Even in that awkward position, he made her feel safe, protected. An odd sense of satisfaction came from deep inside her and covered the very surface of her skin. She didn’t like being immobilized, but she liked him.

Turning her right-side up again, he gave her a smile, along with a gentle shoulder squeeze. “Thank you. You’re helping me a lot.”

A hungry spasm pulsed between her legs. Her nipples ached.

Her reaction was crazy. She didn’t even know the guy!

Only his name. Cade.

Fine and dandy. His name was Cade. But that didn’t mean she should be hot for him. But she was. Smothering a groan, she tried to get comfortable. She shifted her body slightly in her restraints, but she got no relief from the bizarre, searing tension. Her rock-hard nipples scraped against the unforgiving leather of the corset, inflaming them more. Her breathing grew harsh.

She was in way over her head and didn’t feel safe anymore.

How had she gotten into this predicament? And how could she get out of it?

Yes, I want out! I want out of my corset. I want to be splayed out naked—and at your mercy.

“Could you have sex in this thing?” she asked, immediately embarrassed.

“Yes,” he replied, his eyes narrowing. “In theory. But sex isn’t allowed on the floor.”

“But this isn’t really the floor, is it?” Even more embarrassment.

“Nobody would have to know,” she said, now utterly shameless, wildly aroused, desperate to strip away the burning sheath of the corset.

His expression frighteningly focused, he cupped her face with his hands. His breath was heated and soft against her skin. He leaned closer, and closer still, until he captured her mouth with his. He tasted like no other man. And she wanted more. A lot more. They began a mutual carnal quest, devouring, invading. Her crotch thrummed, hot and painful. Drunk with passion, held by the shackles, a trembling moan caught in her throat.

Lifting his head, he pulled away from her, all hard intensity. “Ask me.”

Light-headed, her pulse pounding, she could barely breathe, let alone think. What did he say? Blinking furiously, she figured it out. He wanted consent.

As he unshackled her, she knew she’d just done unalterable violence to her independent life. But instead of fear or grief, she felt exhilaration.

The Diary of Anna's Submission by Jenika Snow

Spanked Into Submission by Ravenna Tate