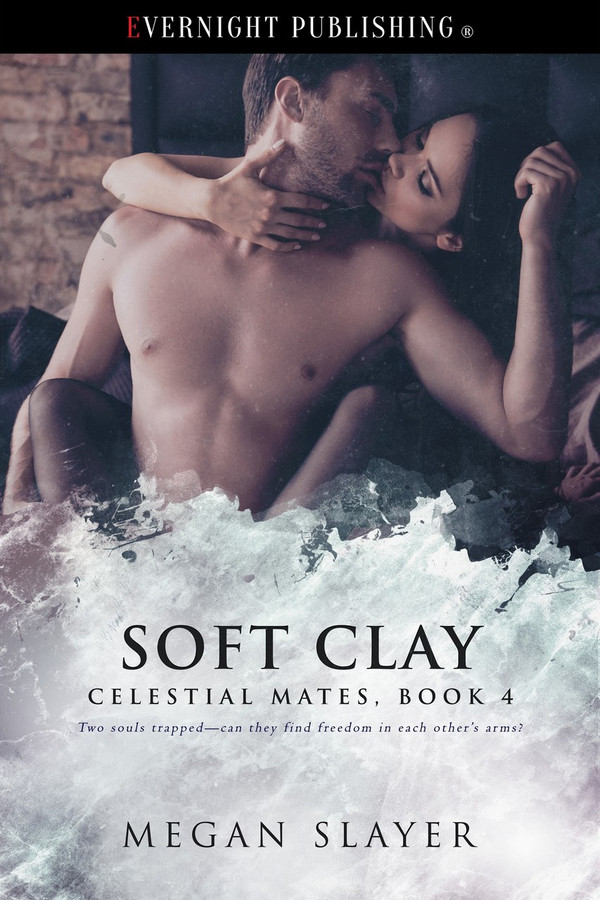 Two souls trapped—can they find freedom in each other’s arms?

Nike, the goddess of speed, can’t move. She’s the goddess of strength and she can’t shatter her curse. The goddess of victory has lost her weapons—her shield and spear. She put her faith in a human, only to be cursed. Can another human be the key to her salvation and freedom from the clay?

Charlie needs someone who can understand him. A person to cherish him. Male or female, he doesn’t care. He’s intrigued by Nike’s statue. Call him infatuated. But she’s a statue and they don’t come to life from true love’s kiss, do they?

“Andy swears it’s possible—you being alive somewhere in there.” His mascara smeared as he rubbed under his eyes. “Is it? Are you really in that rock?”

Come here and find out.

He stood, then climbed onto her pedestal. He held onto her wings, then her shoulders. “You know those wings are great, doll. If you are real, I want to know who makes them. I want a set. They’ll be great when I club. We can look like underwear models together.” He trailed his fingers down her cheek and traced her lips. “You’re beautiful. Whoever sculpted you outdid themselves.” He shrugged. “I don’t know anything about sculptures, but you’re…I don’t have words.”

No sculptor, just me.

He rested his forehead against hers. “I can almost feel your skin. It’s like there’s really skin beneath mine, but that’s not possible. You’re stone or whatever.”

His breath warmed her face and hunger shimmered in his eyes. He reminded her of Lydos, but stronger. Tingles shot through her. He could be the one. He caressed her shoulders as a lover might. Kiss me. Free me from this curse.

He leaned back for a moment, then faced her again. “This is crazy. Nuts. Bonkers.”

“If you were real, I’d kiss you all over. I’d have to taste you. Then I’d run my fingers through your hair. I’d suck on your titties until you screamed,” he murmured. “Once you’ve come at least twice, I’d sink my dick into you. I bet you’d feel like heaven.”

She wanted to kiss him and do all the things he’d mentioned. Zeus, why in the name of Hades did you have to curse me?

The man tilted his head and brushed his lips across hers. She flexed her fingers, then opened her mouth to deepen the kiss. A moan rumbled in her throat. For the first time in thousands of years, she could hear the sound. She touched his hip. Zeus, she’d done it. She’d found the person who could free her. This man had broken the curse. She wanted to memorize this moment for the rest of eternity so she could savor it later. This man made her happy, even if she barely knew him. They could have the time of their lives and would if she got her way.

First, she needed to learn the name of her savior, her beautiful hero.