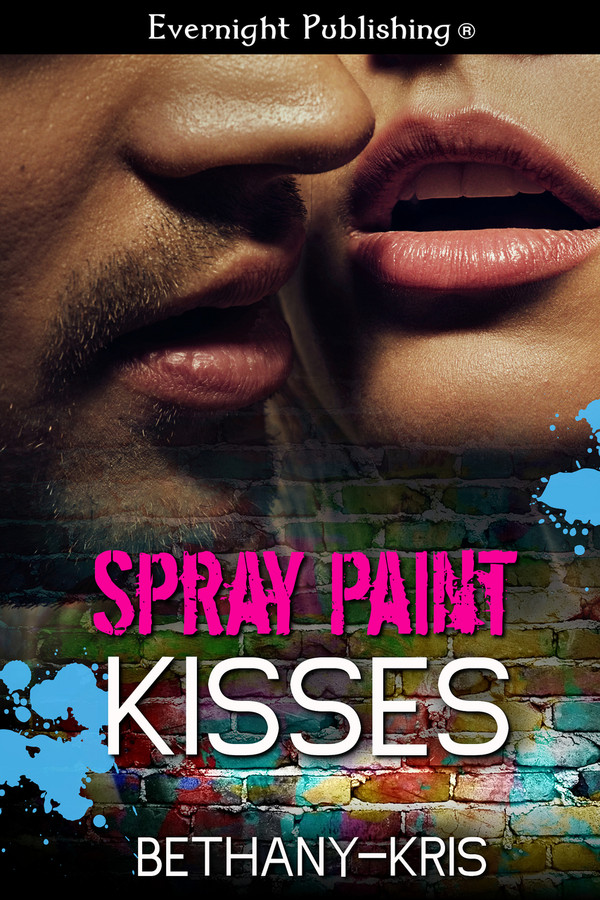 He’s left his mark everywhere. She’s still trying to find a place to leave hers.

Gage Masselin is a graffiti artist whose life has revolved around his art, and he's focused entirely on his career. He has never needed a muse to get his inspiration flowing, so when an unexpected blonde-haired beauty knocks him out of his zone, he knows he’s in trouble.

Summer Davey is just a traveling girl with a gypsy’s soul. The one constant she has is her need to keep moving on. She’s never stayed in one place long enough to plant roots, never mind finding a man with spray paint kissing the tips of his fingers to make her heart beat faster.

She inspires him. He’s the first thing to ever feel like home.

Sometimes the hardest things to find in love and life are the easiest to lose.

Gage Masselin nearly dropped the aerosol paint can when he heard the feminine voice. Whenever he was in the middle of creating a tag, he was in the zone. There were no sounds but the constant whoosh of the spray paint can’s nozzle and his rhythmic breathing. No distractions took him away from his art.

Turning on his heel, Gage forgot about the black and white bandana he still wore around his lower face as a shield from the paint fumes. The material muffled his surprise as he came face to face with the prettiest damned thing he’d ever seen in his twenty-two years of life.

Long waves of golden hair were tied off to the side in a messy braid, falling over her front. There wasn’t a lick of makeup on her clear peaches and cream complexion. Standing in gladiator style sandals, ripped up jean shorts, and a faded band T-shirt, the girl could have been just about anyone.

Except she couldn’t. Gage’s tiny New Brunswick hometown was a blink and you’d miss it kind of place. Growing up in Plaster Rock gave him the ability to know everyone, even if he didn’t officially live there fulltime anymore. Thing was, people moved away, new people didn’t move there.

Everybody knew everyone else, or they thought they did. Gage didn’t know this girl.

The girl smirked before waving in Gage’s direction. “Your face.”

Instantly, Gage realized what the girl meant. The bandana still covered the lower part of his face, including his mouth. He probably looked like some little hoodrat hiding in the alley, tagging the shit out of the high school library’s wall.

No wonder she thought he was doing something illegal.

Tugging down the bandana so it rested around his throat, Gage offered the girl a shrug in explanation. “Sorry, habit to wear it. I usually don’t have company when I’m painting, so no reason to have my mouth free to chat.”

“You mean an accomplice, right?”

“No, I mean company,” Gage replied with a smile.

Oh, this girl had balls, or she just liked breaking them. Either way, Gage liked that.

“It’s not. That’s probably why I spent two years in juvenile hall.”

“Wouldn’t be juvie now, though.”

“No,” Gage said. “It’d be the pen. Good thing it’s legal. I’m not looking to spend any more time in a lockup.”

“Honest, sweetheart. See …” Gage pointed at the piece of official paper taped to the brick wall. If a cop happened to stop by, all he had to do was refer to that permit. “Gives me the right to be here slumming up this wall with my work. The school commissioned me to do the piece. It’s all on the legal side of things, promise.”

A small hand rested on her jutted out hip. The action caused Gage to let his eyes wander down the expanse of her creamy thighs and wonder if they felt as smooth and silky as they looked. They probably did. He bet she’d taste like salt, skin, and sin.

Shit, how short were those jean shorts of hers, anyway?

Short enough that they made Gage’s mouth a little dry just from staring.

Fucked, that’s what he was, and he didn’t even know her name.

Gage couldn’t help but tease. “What would you have done if I said it was illegal? Call the cops?”

She smiled a blinding sight. “That’s it. It is pretty.”

With one more glance at the bare bones of the mural just beginning to take form, the girl turned to leave. Gage was positive his heart leaped into his throat, creating a lump his words couldn’t make their way by.

The darkened blue of her eyes glittered as she stared back. “Yeah?”

Gage forced himself to swallow the nerves beginning to form in his throat. Nervousness wasn’t like him at all. “You didn’t tell me your name.”

“You didn’t tell me yours, either.”

This was a fun, quick, sweet read. Definitely different than Bethany&#039;s series books. Worth a try if you are looking for an easy read without much drama.

A Love Unfinished by Bethany-Kris