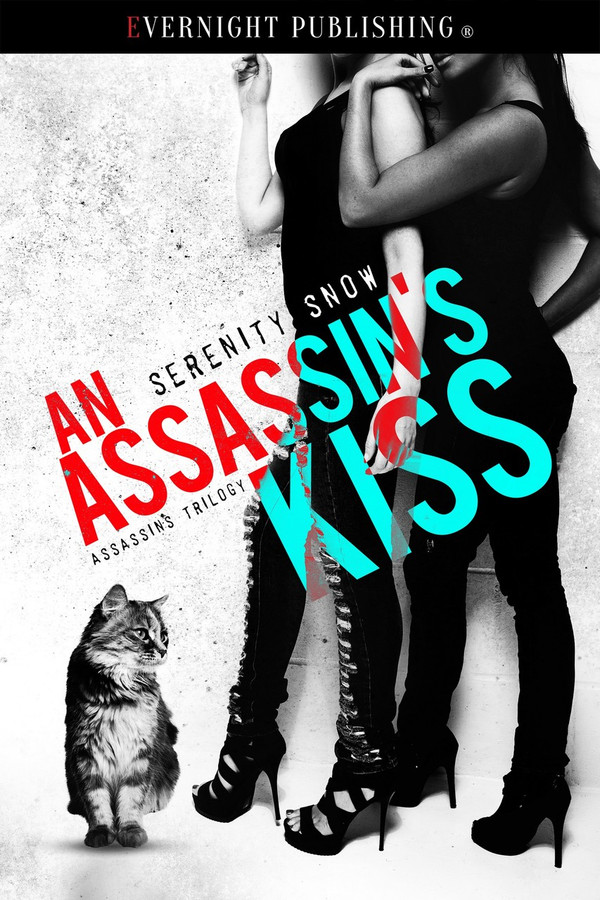 It had been nine months since Jasmia Anderson awoke to an empty bed. Her fling with Ace Baker left her branded in a way that no other woman could touch her heart. A chance meeting at a sex club reunites them and brings all the old desires rushing back for them both.

Certain she might get hurt again, Jasmia is determined not to let things go any further, but a story Jasmia is working on takes a dangerous turn plunging her into the shadowy world of the cartel.

The FBI steps in to protect her but betrayal nearly claims Jasmia’s life. And Ace is forced to reveal her true identity as a covert assassin with the skills to keep Jasmia safe. Ace will need her wits to out maneuver the enemy, but she’ll have to open her heart to keep the love of her life from walking out.

Jasmia stepped back into the living room fifteen minutes later with a bag packed and her thoughts rioting. Her brother was busy on his phone talking in quiet tones and Seymour was in the kitchen doing the same thing. She couldn’t make out the words, but his voice held an edge.

She peeked out of the window as her brother stepped into the hallway to keep her from hearing the rest of his conversation, and she smiled. A truck pulling to the curb caught her attention and Ace climbed out. She had flowers in one hand as she made her way up the walk.

Jasmia’s heart skipped a beat, and breathless, she went to open the door. The part of her that was feline was happy to see Ace, and meowed in joy. The human half of her knew there was so much she needed to know despite the animal’s insistence that they claim Ace not run from her.

Ace mounted the porch and Jasmia’s cat lunged at the reins of her control. She nearly fell at Ace’s feet, but stumbled into her arms instead. One arm curled round her, strong and supportive as it held her.

Her entire body heated, and her cheeks felt flushed. “Meow.”

The sound escaped her before she could corral the animal inside. Jasmia closed her eyes in utter embarrassment as her skin went hot and cold all over.

“I’m glad to see you too,” Ace murmured and kissed the side of her neck.

Jasmia purred against her will, her cat nature was taking over. How was she going to explain this? And wasn’t Ace shoving her away and thinking her a freak?

“Let’s go have dinner at my place,” Ace said softly.

“I’ll bring you back later,” Ace assured her. “I brought you something.” She held out the flowers.

Jasmia took the blooms wrapped in paper and gave them a sniff. The faint honeysuckle scent of them drew a sigh from her. She loved honeysuckle and it made her crazy. She quickly set the flowers on the old weathered table.

“Axana, I can’t have dinner with you,” she said. “My brother is here, and he’s decided to take me someplace safe.”

“Your brother can’t protect you against these people, sweetheart,” she said patiently.

Ace grunted. “He’ll put you right into the hands of your killers,” she said in a hard tone. “Come with me now.”

“No. For all I know you’re that killer.”

“I saved your life—”

“You were following me today,” she accused angrily. “And Lewis Loser was right. You’re an assassin. You killed the State’s Attorney didn’t you? I didn’t live that far from where he was staying did I? That’s why you were in Maine pretending to romance me, so you could find out about his security without looking suspicious.” She leaned closer picking up something faintly sweet in Ace’s scent.

“Don’t get so worked up over nothing, baby girl,” Ace murmured as she backed away and the scent seemed to follow.

“Is that what you call it?” Jasmia took a step toward Ace, following that sweet smell on Ace unconsciously. “You didn’t even blink today when you killed that guy,” she said, incredulity rife in her tone. “None of the deaths seemed to bother you at all, and I was ready to fall apart.”

“No you weren’t. You’re stronger than you give yourself credit for, but I wager you aren’t ready to walk in my darkness which is another reason we can’t be involved. It bleeds over into all areas of my life.”

Ace had said her life was dangerous, but Jasmia hadn’t thought that meant Axana’s life was any more dangerous than an FBI agent’s. She was wrong. Axana was a killer, so why was she drawn to her? Why did her cat want nothing more than to go with her?

“I can see that,” she whispered as she moved down the steps. “Where’s the SD card you took from that agent today?”

“Did your brother ask you to get it?” Ace asked softly.

“He doesn’t want me in danger.” It was too late for that. Her heart had been won by this killer eight months ago and her cat—heat. She was in heat. The heat was playing havoc with her mind and her ability to be rational where this woman was concerned.

“Then, you should come with me.”

No. She realized she was off the porch then. “I’m not going with you.”

“Yes, you are.” Ace brought her hand up then and blew something into her face. “Sorry.”

Jasmia batted at the air, and then wiped at her face, but blackness swallowed her whole.

This writer is Purrfect in my opinion. She knows how to weave a tail that will leave your tail wagging. Simply Marvelous. Good leading ladies great plot and some of the best loving you will need a cold shower. Enjoy I know I did. Thank you SS I cannot wait to read the next one

I had trouble getting into the story in the very beginning but it sure grabbed me later on. I can&#039;t wait until the next chapter of the series. It&#039;s very exciting with a surprise ending.

Ace is a covert assassin who happens to have a whip involved fling with Jasmin. But Jasmin’s story is turned into a dangerous gamble that only her sexy assassin can handle. We start the book off right in the middle of a bdsm sex scene with characters we don’t know. Sure, I love sex scenes as much as the next gal but I don’t know a thing about these women! Needless to say I instantly felt disconnected from the characters. I’ve also never heard a woman’s vagina called cat before. Can’t say I’m a fan of that. Once we get through that scene, the story opens up, letting us engage and learn about Jasmia and Ace. There’s plenty of action to keep you glued to your seat and now that we know these lovely ladies, the next sex scenes are fantastic. I thoroughly enjoyed this book. ​ An Assassin’s Kiss is a highly recommended read

No Negotiations by Serenity Snow