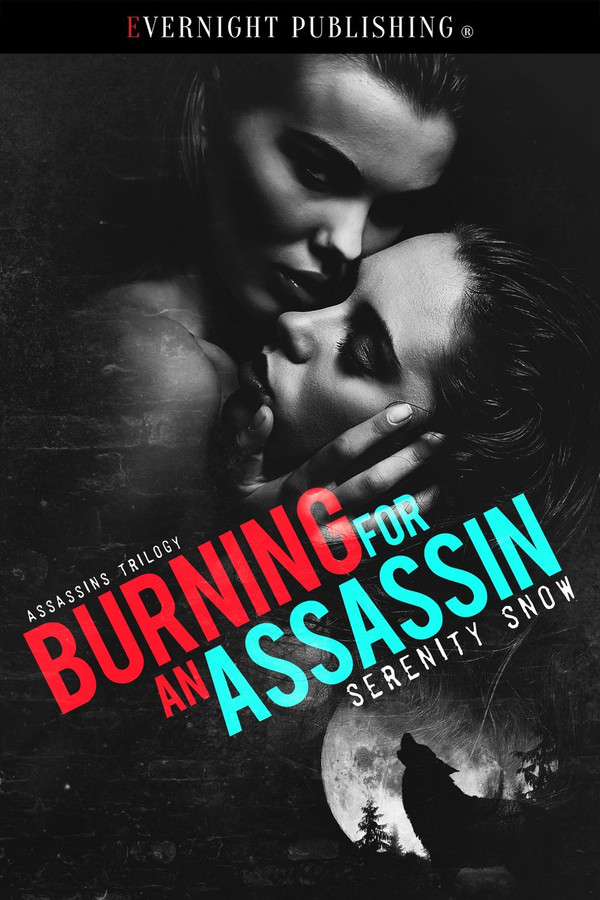 Can an assassin ever really walk away from the job?

Sabrina Cain thought she’d done just that and she’s not looking for happily-ever-after just contentment. Then she meets the beautiful curvy Veda.

Veda can’t believe a woman as gorgeous and confident as Sabrina would ever look twice at her let alone go out with her. Despite her doubts, Veda makes a move on Sabrina anyway, looking for a delicious one night-stand.

But both women get more than they bargained for when a single night sets a fire in them neither can deny. However, fighting her attraction to Veda isn’t Sabrina’s only problem. Her past has come back to haunt her, striking out at Veda.

Can Sabrina save Veda and walk out of the fire once more? Or will her past mistakes cost them both their lives?

Veda glanced around, drinking in the dim light of the well-appointed room decorated in rich muted gold and black. Some women were here alone, but—her gaze landed on an attractive woman tossing back a shot at a table in a corner.

She tapped her fingernails on the table as she tried to place the face. She’d seen her before. The woman lifted her gaze from her bottle then to meet Veda’s. Her skin warmed and her pulse rushed like the first time they’d met.

It must have been a fundraiser or something like that, she mused taking in the unblemished russet skin of her lovely face. Her thick ebony hair was cut in a soft face-flattering ear-length cut with layers adding depth to color and interest to the style. The strands were straight as a poker though. Her hair had been shorter the first time she’d seen her.

Yes. It was in a magazine not in person now that she thought about it, but it felt as though she she’d seen her before that. Just looking at Sabrina’s picture had made her heart skip a beat.

The woman tipped her glass to her and Veda smiled. Sabrina Cain, as she recalled the article had said her name was, stroked her fingers down the bottle but she didn’t pick it up. She looked over again and Veda decided to take a chance.

A little company or something more, it didn’t matter tonight as long as she wasn’t alone. Of course, she didn’t really have to be. No Dice was a lesbian sex club, so all she had to do was leave the lounge and head for the main club where there was a dance floor and plenty of Dommes looking for a sub for the night.

She grabbed her phone and file and put them in her purse before heading over to the table. The woman looked up at her with tired yet questioning hazel green eyes.

“Mind if I join you?” Veda asked, shaking inside.

Those eyes took her in from the wavy hair she’d left to fall around her shoulders to the tips of the wedge heel shoes she’d paired with the violet dress she’d worn to work.

“I don’t bottom,” she said coolly.

“That’s okay,” Veda said and pulled out the chair next to hers. “I’m Veda.”

“Sabrina.” She indicated the bottle with her fingernail. “Drink?”

Veda looked at the bottle. “I don’t drink anything harder than wine,” she said with a smile.

Sabrina inclined her head and signaled for the waitress in her short black skirt and white blouse. “Stopping off for a drink after work?” Sabrina’s gaze went to the purse still on her shoulder.

“Yes.” Veda draped her purse over the chair back. “What about you?”

“Something for your guest, Ms. Cain?” The waitress chose that moment to appear.

“Nothing for me, thanks,” Veda told her.

“Let me know if you change your mind,” she said giving Veda a smile before disappearing.

“Seems as though,” Sabrina agreed with a shrug. “I’m off the clock so if you want to talk shop you’ll have to make an appointment.”

“I don’t get drunk, baby,” she murmured.

Veda smiled and leaned toward her. “Neither do I.” She shifted, crossing one leg over the other and brushing Sabrina’s leg in the process.

“Do you want to play?” Sabrina asked in a quiet tone that stroked her, awakening every nerve in her body.

Those hazel eyes were knowing, but Sabrina didn’t lift a hand to touch her as she watched her, waiting.

“What do you like, Veda? Easy or rough?” Sabrina asked softly.

I didn&#039;t really think this book would be better then part 1 because I enjoyed it so much but guess what folks she took it there. Man I could not put this book down I was up until the wee hours burning through the pages. This book was raw and powerful. Is it possible that because you are different and not perfect that there is still hope to be loved unconditionally by that special someone? Well this writer tackled this and did it extremely well in my opinion. We are all flawed in some shape or form no one is perfect I believe that is what makes us human. Thank you Serenity for showing us that there just may be hope for us all. Well done I cannot wait to see where you go from here I so look forward to the next