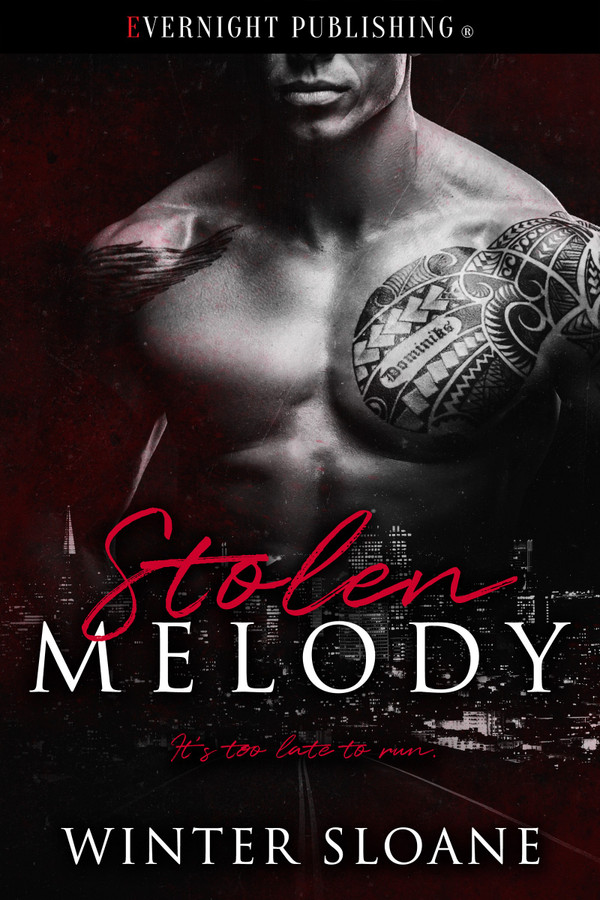 Beast: Melody called out to me in the dark and I answered. A whimper, a single glance and I knew she was mine. I found her, starved, chained and abandoned by the Russian Bratva. I saved her, mended her broken wings but I won’t let her take flight. Melody’s become my prey and I’ve decided to keep her.

Melody: I live in a world of silence. Most people can’t be bothered to learn my language. I used to be invisible to the rest of the world, until a greedy Bratva Pakhan decided he wanted me. He erased the woman I used to be but Beast is there to pick up the broken pieces. I’m not naive. Beast doesn’t hide what he is. Broken toys attract him. Violent pleasures rule him.

It’s too late to run. I can’t control the way my body reacts around him or take back the heart he’s already stolen.

“I’m not good,” he whispered. She knew it hurt him to talk, but he did it anyway.

She gave his chest a push but he didn’t budge. “Stop trying to scare me,” she signed.

He released her and turned his back on her, and that scared her a little. She ran in front of him to get his attention.

“We’re not done. Don’t walk away when the conversation’s getting tough.” Mel gasped as he edged her toward the closest wall and pinned her body with his own. She could smell the soap and cologne he used. She pressed one hand over his heart, pleased he didn’t push her away.

“I can take you right here and no one would hear you scream for help. No one’s coming for you.”

Beast did it again, trying to scare her off.

Beast laughed, the sound harsh to her ears, reeking a little of despair. “I wanted you to heal, prepare you for what’s coming. I don’t want a broken doll.”

Mel let out a breath. His words stung, but she knew he didn’t mean it. For some incomprehensible reason, he wanted to make her believe he was a monster. A beast.

Fear gripped her heart. Excitement raced down her spine and made her shudder in anticipation as she remembered Beast in the shower, stroking his cock. He’d been thinking about her, she could tell. She’d only known him for three days. They were still strangers, but she believed he’d never harm her.

“I can handle you.” She signed those words carefully, making sure he understood.

Beast blinked, looked down at her. There it was again. Ravenous hunger. Mel didn’t think she could love her body again but right now, she was wet for him. Her nipples tightened to points. Mel regretted not joining him in the shower earlier. She’d been too confused, terrified of the emotions brewing inside of her like a storm.

Mel thought it was wrong to want a man, to crave Beast out of need and desperation, but it was more than that. He didn’t just save her. He made her feel again and right now, she wanted him to claim her, to take her and erase all those awful memories stuck in her head. Replace them with new ones.

She lifted her face and stole another kiss from him. His body felt like a furnace against her, so hot, it burned her too. She wrapped her arms behind his neck, pleased he ran his big hands down her body slowly, carefully. Beast slipped his fingers down the hem of her loose shirt, his touch proprietary.

He thrust his tongue down her throat and her mind went blank again. She mounted him like a tree, wrapping her legs around his waist, confident he wouldn’t drop her.

Beast is a man on a mission and that mission is whatever his current contract is. This one involves killing some unwanted people, all neat and tidy, leaving nothing behind. The only trouble with that is he finds Melody in a near-death state and feels an unusual urge to help her. He takes her ‘home’ and helps her heal. He wants her but knows she is too good for him. The question is, will he let her go? This is a novella so it’s a quick read but one I thoroughly enjoyed. Melody has been through a living hell but has come out the other side, damaged and bruised but not broken. Beast can communicate with her through sign language which helps them both. Melody knows what she wants and isn’t afraid to go for it, even if Beast tells her otherwise. I loved how no unnecessary shenanigans were going on. There was a chance for a communication breakdown but instead of flying off the handle, Melody waited until she could ask Beast about it. The situations are right for this story and other characters are only mentioned in passing. The main focus is on Melody and Beast which is entirely how it should be. This was a great read slightly on the dark side but with a HEA for our couple. Absolutely recommended by me.

I enjoyed Beast and Melody&#039;s story. They may have a few bumps but these two were made for each other. They were drawn to one another. Their connection and chemistry was strong. They were good together.

Beast never expected to find a treasure doing a job. He is astonished by Mel and nothing will stop him from making her his.

3.5 ⭐ Novella and some low angst and little steam. Beast is the one you call when you need things to get bloody with the enemy he has a job get the items for his client. As he cleaning house he hears something and when he spots Melody tied up naked his cold heart beats. He doesn&#039;t want her hear so he takes her away, letting her heal but deep down he knows he won&#039;t let her go. As for Melody she mute she alittle afraid and greatful to the man who saved her from that hell. She&#039;s glad he knows sign so she can talk to him. Their relationship is little slow because she&#039;s healthing but she wants to get rid of the memories of her captors. It isn&#039;t easy and Beast isn&#039;t making it easy since he knows he isn&#039;t good enough for her. But these two try.

Melody and Beast were perfect for each other. She was almost broken, he was damaged but they some how fixed each other!! This was an awesome read!! I received a free copy of this book via Booksprout and am voluntarily leaving a review.

Melody was left for dead but luckily an assassin heard her and freed her in do many ways. Mel is at a disadvantage of being deaf but her dark savior is just as alone in the world as she is. Beast wears his scars and lives in the shadows until a woman sees past that and sees the soul inside. Love these two and see as he tries to push her away but she is so strong and determined to let this man see the hero he truly is. Beast has a new mission...take out the last man who left her for dead. I received an ARC for an honest and voluntarily review.