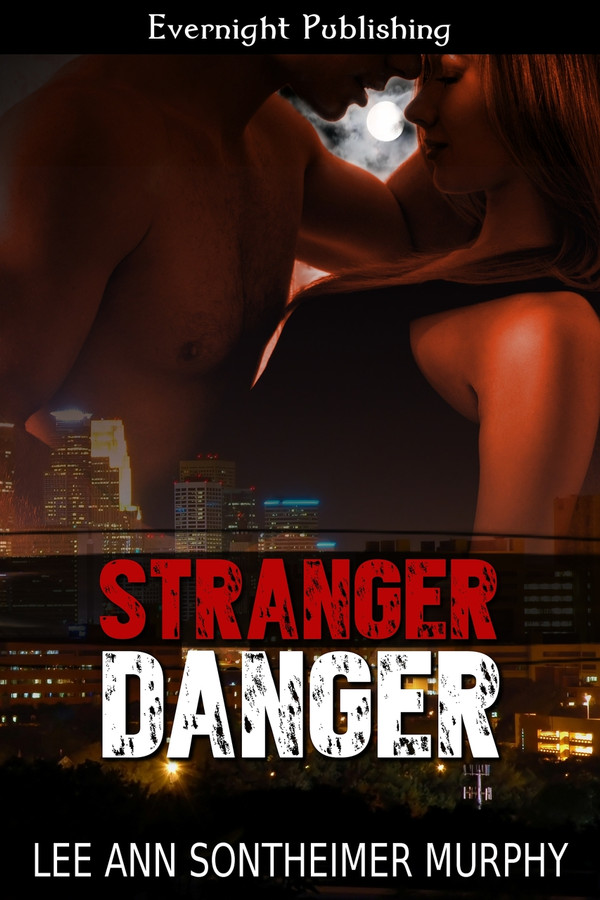 Sara English built a life for herself far from her native Los Angeles. As a widow and proprietor of a florist shop in small town America, she lives a mundane life but she’s never forgotten her first love, Santiago Ruiz or the way he hurt her.

When he shows up at her door early one morning, he’s a stranger but the old attraction hasn’t died. Last she knew, he was a cop but now he’s sporting a gang tattoo on his back and he’s on the run. When she freaks out, Santiago swears he’s been in deep cover as Javier Morales for two years but his cover was blown and he’s in danger.

As their reunion heats up, the drama reaches a new level when her apartment windows are shattered in a burst of gunfire. Unless Santiago can find a way to change things, he’s a dead man. Sara’s committed to the long haul and hopes for a happy ending—if they can live long enough to find one.

She stilled.  They were two small words, but they touched her soul and filled her heart tobeyond capacity.  Sara focused on his face, gazed into his deep, dark eyes, twin pools of emotion. She met his intent look and held it.  Revelation struck with almost as much force as their shared orgasm.  He loved her.  He always had, had never stopped, and maybe always would.  And the knowledge leeched away years of bitter longing, tempered the pain, and kindled a pure kind of happiness she hadn’t known in a very long time.

“I love you, too,” she said.  She touched the back of her curled fingers against his cheek. “I always did, Santiago.”

He cradled her against his chest, so close she could hear his heartbeat and sense the vibration.  Their breath came and went in the same rhythm.  Sara savored the moment, so tender and delicious.  He lifted his head and bent his mouth down to kiss hers again, this time with a sweet gentleness, a slow burn that moved through her body like honey.  She enjoyed it as much as she needed it, like water in a drought-parched desert.  The outside world ceased to be as they shared one small space, an oasis from everything else.  It no longer mattered why he’d come or if they were in Arkansas or East LA, in the Ozarks or beside the Pacific.  Contentment cocooned them and wove around them with the closest thing to fairy tale magic she had ever experienced.

Sara basked in it until a sharp crack filtered through her haze of peace.  The window to the right of the bed shattered inward with a clatter of glass.  Before she could shriek, Santiago grabbed her and rolled them both off the bed onto the floor.  Another round exploded and he covered her with his body. “Santiago, what the hell is happening?”

A minute ago, his face had been slack, relaxed, and happy.  Now he wore a tense mask, features taut. “Chingao! We have to get out of here.  Is there a way?”

Her complacency evaporated in a rush of fear.  Outside, a raised babble of voices was audible.  Doors opened and slammed shut, feet hurried down the hallway and stairs.  Sara couldn’t manage rational thought as she clung to him, naked and shaking. He held her tight against his right side, his left angled away from her.  “I don’t know.  Who is it? Are they after you?”

“Si,” he said without hesitation. “And since they’re here, they’re after you, too.”

A chorus of sirens echoed in the distance, the wail drawing nearer. “Someone called the police,” she said. “Won’t it be okay when they arrive?”

Santiago’s eyes meet hers and he shook his head. “Mierda. No, it won’t. Tell me where there’s another way out of the building.”

Sara tried to unscramble her disjointed thoughts. “Uh, there’s a rear exit at the foot of the back stairs.  They’re at the other end of the hallway and a flight down.”

“Get dressed, grab some stuff,” he said in a low growl. “Hurry, we’ve got about two minutes. Bring anything you need.”

“You’re scaring the hell out of me,” she said as she reached into the dresser for clothing. “Where are we going?”

I loved it! I was in the story beginning to end. Romance and excitement through the whole book. Enjoyed it.