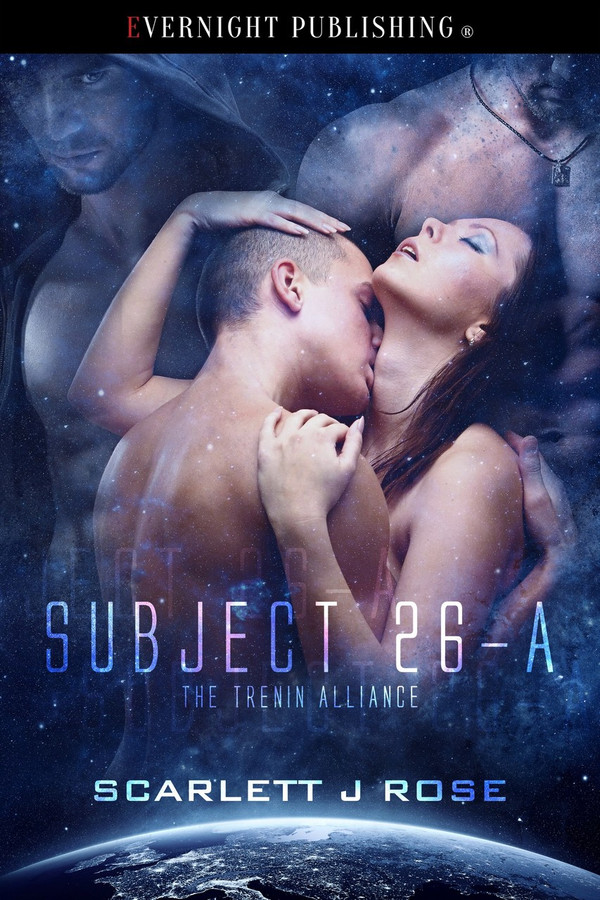 After a war that has lasted far too long, Earth is near the breaking point. Humans live in refugee camps as the waters rise and claim arable land, and the tentative peace with the alien invaders seems to be a dream filled with hope and a promise of a new life for those who survived.

But there are those who want the war to continue. Some Trenins want to enslave the human race, and some humans want to get back at the Trenins for what they did to their world.

Sam, an unsuspecting nurse, is called to serve in a top-secret project, with a captured Trenin Rebel as the subject of the experiment. She doesn’t expect to fall for the broody, harsh male, with the hypnotic eyes, nor does she realize he's a package deal … with two other males who are desperate to get their mate back.

She felt his presence within her while she was awake.

Three virile males surrounded her. All powerful, all alien. One held her down while another tasted her breasts. Another, a Trenin with a small group of broken horns atop his head, dipped his head between her legs. She gazed at each male in turn, two unfamiliar Trenins, and Kren, her lovers, her … mates.

Sam woke with a start, a cry of passion on her lips, her heaving chest drenched in sweat. Her pussy tingled with what felt like the aftermath of a climax. She reached down into her panties and ran her finger through the slick wetness.

“Holy shit. What was that?” she whispered to the darkened room. She got up, collecting a clean pair of underwear before she hit the showers, cleaning herself up before she returned to her bed, trying to find rest again, but unable to stop thinking about Kren and the two Trenin males from her dream.

an amazing sci-fi story, i just started to read sci-fi and I loved it