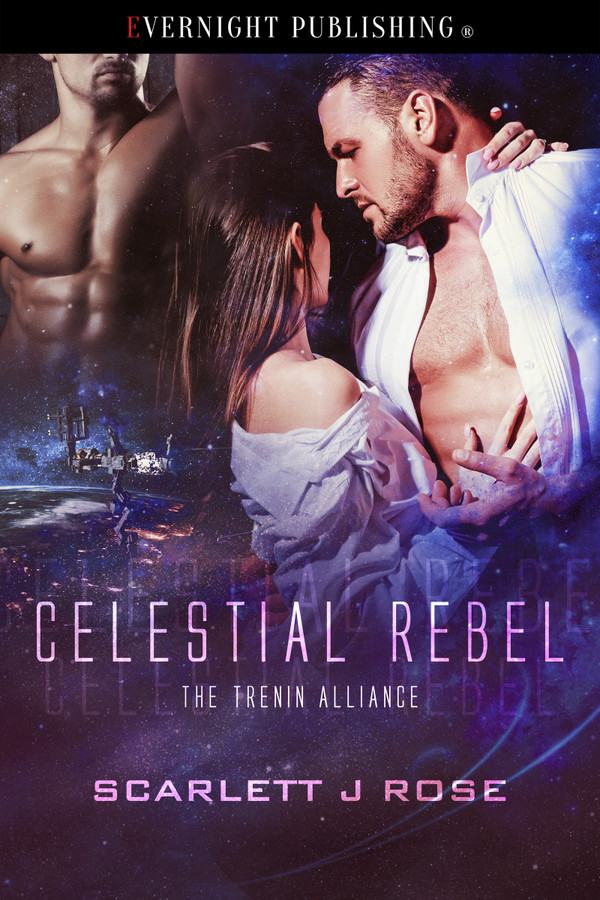 Taking the pilot’s position on a prisoner transport ship was supposed to help take Celeste’s mind off the anniversary of losing her twin sister, Sasha, to the Black Zone. The prisoners escaping and taking over the ship wasn’t part of that plan.

Celeste now finds herself at the mercy of the prisoners, namely two prisoners, Grem, a Trenin Male, and Nate, a human male. Her attraction to them wasn’t supposed to be on the cards, either, but when the dust settles, she can’t help but feel the pull of something towards the two males. They have a secret mission of their own, and now, only Celeste can help them.

But can she help herself as well?

He could feel her fear, but she was so focused on her job, she’d pushed it away. Through the tiny thread of a link his mind had established with her during their first dreamlink, the precursor to a bond, he felt the rawness of her emotions. It had been the same with Nate, when the bond had chosen the human male. It was unusual for a Trenin male to not bond with another of his kind with the first pairing. Though there were many Trenin within the rebellion who had not paired, especially those who had been part of the old Alliance warrior forces. Grem stood by his mate and the choice the bond had made. He would be proud to have another human to share their bed with, to bear their young. He even wanted to watch her mate with Nate, to see her swell with a human child he would claim as a co-father.

His mind wandered a little with the thoughts of them all together in bed, a tangle of limbs. Their tongues tasting her, their cocks sliding in and out of her as they worked in tandem for her to reach her peak.

Beside him, Nate groaned a little and shifted position. Grem smirked to himself. He knew the effect his thoughts were having on his bonded. Due to their bond, Nate was more sensitive to his thoughts and desires.

“Mind out of the gutter. Get with the game plan,” he whispered, thumping him on the arm.

“I wonder if she’ll do that thing you do with your mouth,” he mused, sending him the image of Nate taking Grem’s sturdy, thick length into his willing mouth, a memory of last night’s activities.

“Most females do, but I can’t say because she’s not ours. Yet.”

Before them, Veck moved to stand beside Celeste as the ship slowed down. “We have reached the coordinates,” she said softly.

“Excellent.” Veck placed a hand on her shoulder. “Holding position, comms. Send the signal to the fleet. We are in position and awaiting orders.” Veck turned to say something to Celeste.

Grem caught the flash of metal as she moved with a speed and grace borne of a warrior that was hidden behind her meekness.

Veck’s body jerked and his hands went for his throat. The tang of blood filled the air as the rebel commander stumbled backward, a fan of dark-purple blood spraying from the high-pressure arteries located in the front of his neck.

Celeste stood up, snatching Veck’s phase blaster from its holster as Veck collapsed to the ground, his body weakening from the rapid loss of blood. She glared at the shocked crew, bloodied blade in one hand, phase blaster in the other. “Anyone who wishes to stake a claim on me will end up like this bastard bleeding out on the deck.”