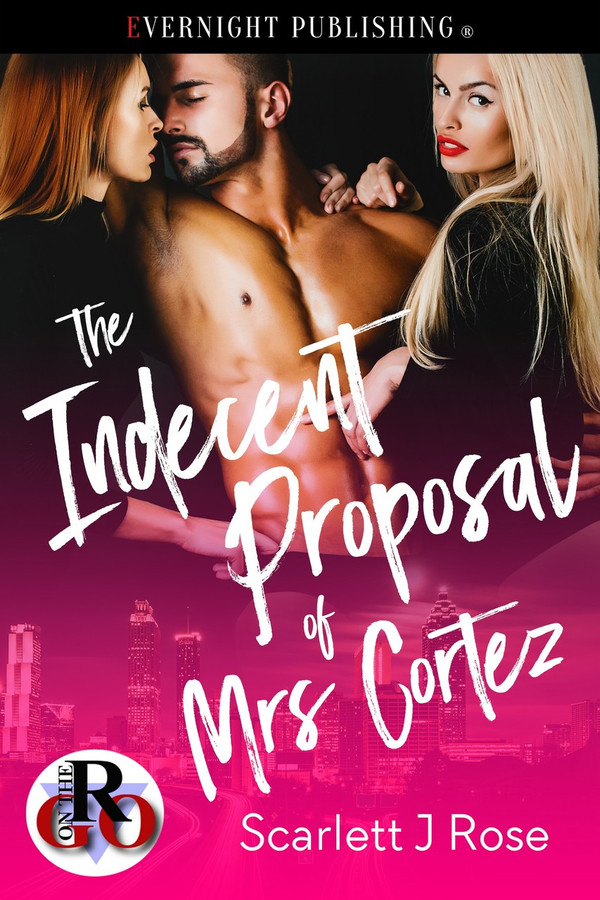 Being the office worker bee wasn’t exactly how Lydia George thought her life would end up. Especially when her boss approaches her with a proposal so scandalous, so indecent, she runs.

But when things change beyond her control and there are no other options, she’ll have to accept Mrs. Cortez’s indecent proposal.

After all, when it involves becoming the lover of the panty-meltingly handsome Mr. Cortez, how could she have refused in the first place?

I stripped out of my work clothes and lay naked on my bed, my long hair free of the bun I wore to the office. I fanned a finger through the slickness between my pussy lips, thoughts unbidden of Enrique Cortez hovering over me. Strong muscles rippled under his naturally tanned skin as his dark eyes devoured my body, before he swooped down and began to kiss me in secret places that only he knew of. Places that set my juices flowing and my body writhe in desirous need. I reached over to the bedside table and grabbed my vibrator. I clicked the switch and slowly moved it over my body, running the trembling latex sexual toy over my nipples until they were tight and aching for a hot mouth to cover them. I licked my index finger and thumb and took the nipple in between them, slowly twisting and trying to mimic a mouth.

In my post-orgasmic haze, I realised I had moaned out a name as I climaxed.