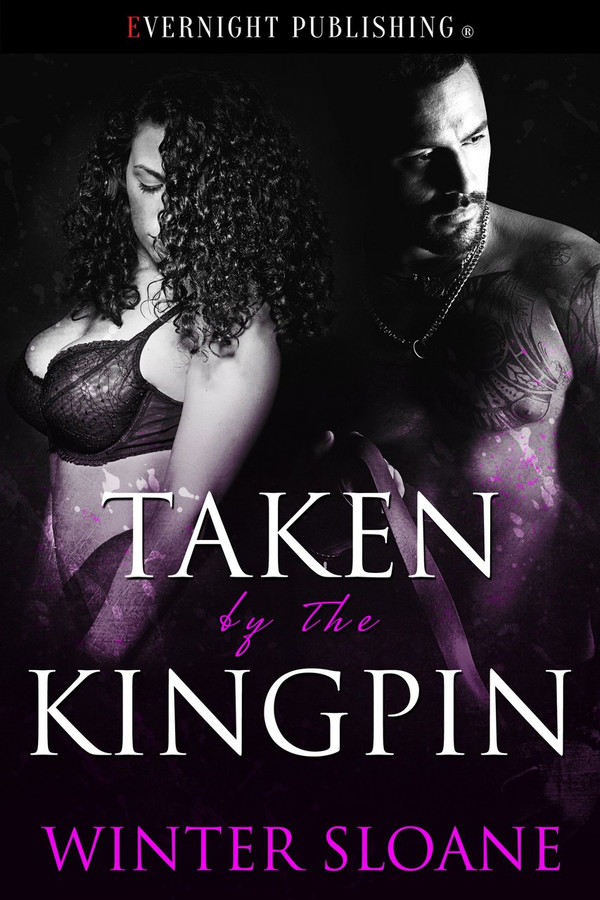 Carver: A decade ago, an angel made the worst mistake of her life. Yasmin saved a monster. The broken man she knew has become the most feared man in the city. And I’m done waiting. Her pathetic excuse of a father owes me a shitload of money and I intend to collect her as payment.

The moment I saw her, I knew what she was. Mine.

Yasmin: I wasted my entire life cleaning after my father’s messes. I never expected to end up as collateral damage. Knowing Carver is the kingpin makes it worse, because I can’t deny what my body wants. My heart on the other hand, is mine to protect. I’ve been hurt plenty before but falling for the city’s biggest monster had never been part of the plan.

“Raise your hands,” he ordered, pleased she did as he asked, and he peeled the fabric off her. His shirt might look good on her, but naked, she was splendid. He silently devoured her creamy skin, her tempting curves, the swell of her generously-sized breasts.

“Do you look at all women you have over like that?” she asked as he placed a hand on her hip and brought her close to him.

Bare flesh kissed fabric. He knew with certainty that she was now his for the taking, that she’d submit to him beautifully, judging by her body’s reaction. Carver’s dick thickened, pressing up painfully against the zipper of his jeans. Not yet, he told himself.

He placed an arm over her waist and ran it lower, down the curve of her back to the globes of her ass. She shuddered against him, parting her thighs once more when he used his other hand to start stroking her cunt again. Yasmin gasped, eyes wide, when he slid two fingers into her tight heat.

A moan slipped from her lips, and he couldn’t help it. Carver sealed his lips over hers again.

“God,” she whispered when he pulled away.

She panted, rubbed her chest against him, and moved her hips as he pumped his fingers in and out of her hole. Carver groaned, wanting to free his erection from his pants. At this rate, his control would unravel and he’d flip her on her hands and knees and rut her like a beast. The scary thing was—he didn’t think she’d mind.

She’d welcome his roughness just as she’d stared into the darkness inside of him ten years ago and never once flinched. Dangerous woman. A temptress with the face of an angel, but he needed to establish Yasmin was his. Whatever Carver set his sights on, he went after it, and she was the elusive treasure he’d been waiting for his entire life.

Yasmin didn’t know it yet, but she was never walking out of here before becoming his.

Carver was a hard man living a hard life – desperate and willing to do whatever he had to in order to survive, he never expected kindness or compassion from a complete stranger. But that’s what he found when Yasmin offered him help for no reason other than he needed it. Carver instantly knew she was his and no one else’s. Years later, when Yasmine is tired of picking up after her father and saving his bacon all the time, Carver has the chance to fulfill his promise and repay her kindness. I found this to be an intense but really interesting and emotional story. While it’s clear that Carver is capable of great violence and is not a soft or easy man, he isn’t heartless or despicable as he – and his reputation – seem to think. Carver is certainly possessive and a little bit obsessed with Yas, but it’s equally clear to me that he genuinely cares about her and that small act of kindness she showed him those many years ago touched Carver and changed something deep inside him. For me, personally, both Carver and Yas’ characters were complex, layered and deeply interesting. I’m not much of a fan of the harder plotlines a lot of stories have recently – MC clubs and assassins, kingpins etc – but I thoroughly enjoyed this story primarily because Carver was such an interesting and engrossing character. He and Yasmine are totally suited – Yas being a strong, resilient and brave woman, a good match for Caver and the life he’s made for himself. I also really appreciated that while it’s clear the world Carver inhabits is a violent one, much of the grittiness of that violence and aggression was in the background here – the romance and relationship building between Carver and Yas was front and centre and that greatly helped me enjoy the story and helped keep me reading eagerly. While there isn’t a hint of further stories to come – I’d happily pick up a story about one of Carver’s bodyguards, Jake. I found him to easily be the most interesting secondary character introduced in the story and would find his story quite appealing to read. When a story leaves me wanting to read more, that’s always a good thing. I found this to be a good story with a solid plotline and interesting characters. Recommended.

Carver Edwards is the Kingpin of the city now, he fought and killed to get to the top. But he never forgot the woman who helped him ten years ago when he was beaten and left for dead in an alley. Yasmin promised her mom on her deathbed that she would take care of her dad. She’s been paying off his gambling debts since high school and is constantly bailing him outta trouble. When her dad (Larry) asks her to go to a meeting with him the last person she expects to see is the man from the alley she met ten years ago. Carver has been keeping an eye on Yasmin all this time and when she moved to another city with her ex boyfriend he figured she wouldn’t be back. But not only is she back she’s also in his club with her POS dad who apparently owes him money. Her dickhead dad has no problem offering her up to save his own spineless ass. Carver will take her anyway he can get her and he’ll treat her like a queen and she’ll learn to love him. I loved Carver especially when he asked Yasmin for the names of anyone who hurt her. But there were a few things that annoyed me also ; If he was watching her for ten years wouldn’t Anatoli, his right hand man know who she was ? Also he saw how destitute they were, why didn’t he try to help ? Someone shoots him in the middle of a charity gala and his men then kill the shooter and take him out in a body bag and no one notices ?