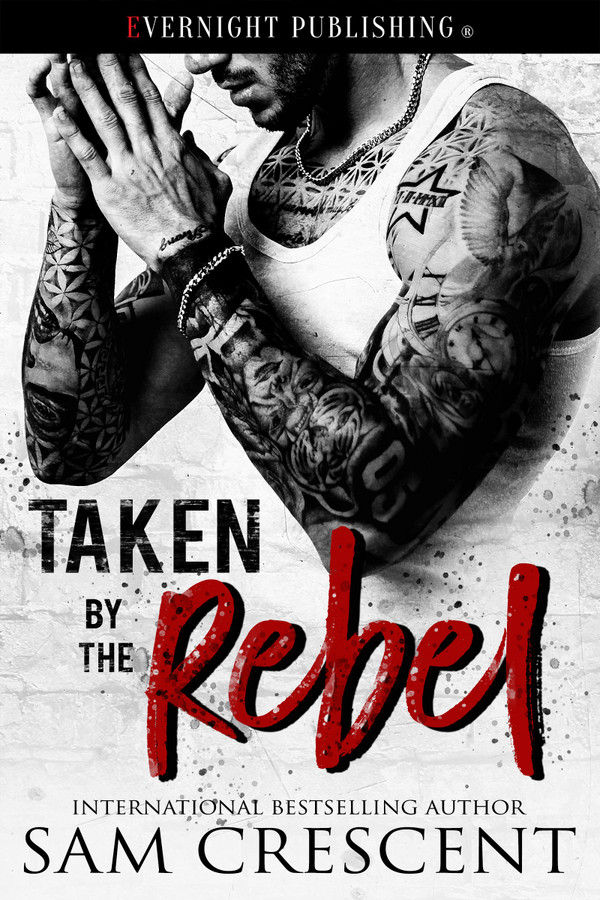 The moment Fay sees her best friend’s brother, Blaze, at an illegal fight, she’s screwed. As soon as he spots her, she tries to escape, but he captures her. He’s so angry to find her there, and when the cops show up, he has no choice but to hide with her.

Blaze has wanted Fay for a long time, and he’s manipulated and worked to get her exactly where he wants her. Now that she realizes what he's capable of, there is no holding back.

She’s had a silly school girl’s crush on him, but she could never act on it. He has other ideas, and he won’t take no for an answer when this fire smolders between them.

He keeps so many secrets, and neither knows what will happen when they tell her best friend.

What has he done to get her to this point where he can keep her?

No one deserved her. Not even him.

Those plump lips called to him. They would look so good wrapped around his dick, but for now, they were going to work on his lips.

He couldn’t resist. He knew he should, but then, he slammed his lips down on hers, moving his hands so one gripped the back of her neck, holding her still, and the other cupped her ass. So fucking juicy.

Exactly what he wanted.

Fay called herself chubby and fat. He’d heard the words spilling from her lips, but to him, she was utter perfection.

He wanted her so fucking badly.

Pre-cum leaked out of the tip of his cock, and he had this overwhelming need to take her, right now, against the wall. To stake his claim on her. He wanted her so badly.

Denying himself hadn’t helped. Distance hadn’t made him forget about her.

She opened her lips, and he couldn’t resist plunging inside, making love to her mouth. All of a sudden, he heard the alarm.

The fight had been busted. The alarm was to alert everyone that the cops were coming.

He was pissed off.

Breaking from the kiss, he grabbed Fay’s hand and moved toward the back of the shower stall.

“Everywhere is locked,” she said, sounding a little breathless, and it turned him on. He’d caused that. Fay was all his.

Did she even realize what she’d done tonight? What she had caused? By coming here, her single days were now over. There was no one else for her to date. She now belonged to him.

There was only so much restraint he could show, and it had been used up.

Getting to the exit in the changing rooms, he kicked the bottom and hit the bar, which moved.

Gus, the man running this operation, always showed him the exit route. It was what he’d demanded from the moment he started fighting.

With Fay at his side, he didn’t let go of her hand. He took off, going to the site where Gus was already waiting, holding out a brown envelope. Neither of them spoke as Blaze took his money, nodded at him, and ran off.

Talking was overrated, and the cops would keep on coming until they thought they found their culprit.

Blaze ran down the street, heading toward his car. He never parked close to the fight.

Fay kept up with him, and he smiled. His woman loved wearing boots as opposed to heels. It was a good thing because he wouldn’t have been able to cope with her body in heels.

After getting into the car, he grabbed his shirt from the backseat. He never left anything to chance. He only ever arrived with himself, exactly how he intended to walk out of the ring.

He slid it on, but then jerked his chair back.

“What? Why aren’t you driving away?” She panted a little.

“If I drive away, the cops will get my license plate, and they’ll come sniffing around. If it looks like I’m making out with my girlfriend, then there’s nothing to it.”

“Straddle my fucking dick, Fay, now!” He snapped the last part out, and she didn’t argue with him.

Everything you want and need. Loved it all. This Is why I love Sam Crescent books. Must read. This book was hotness

I read a few books by Sam Crescent and I knew it was going to be short and I was going to read them in an hour or two. I was not disappointed, I liked the book because I expected instant love, a possessive and bossy alpha male and a clumsy and inexperienced girl. Fay has a crush on Blaze but she also knows he is off-limits. Blaze, also. had a crush on her, he has done things without her knowing to keep her close to him. When he sees her at the club after his fight, he decides that it is finally time to let her know that she is his and no one else&#039;s. It was hot, steamy, dirty talking, and full of emotional story and I enjoyed it .I received a free copy of this book via Evernight and am voluntarily leaving a review., Links:

This book is so good I always like the girl liking her best friends older brother plot line. It always helps when he has tattoos. It’s a quick, hot and steamy read. Definitely recommend!

This was a hot, quick read about a possessive alpha and the woman he&#039;ll go to any length to have and protect!