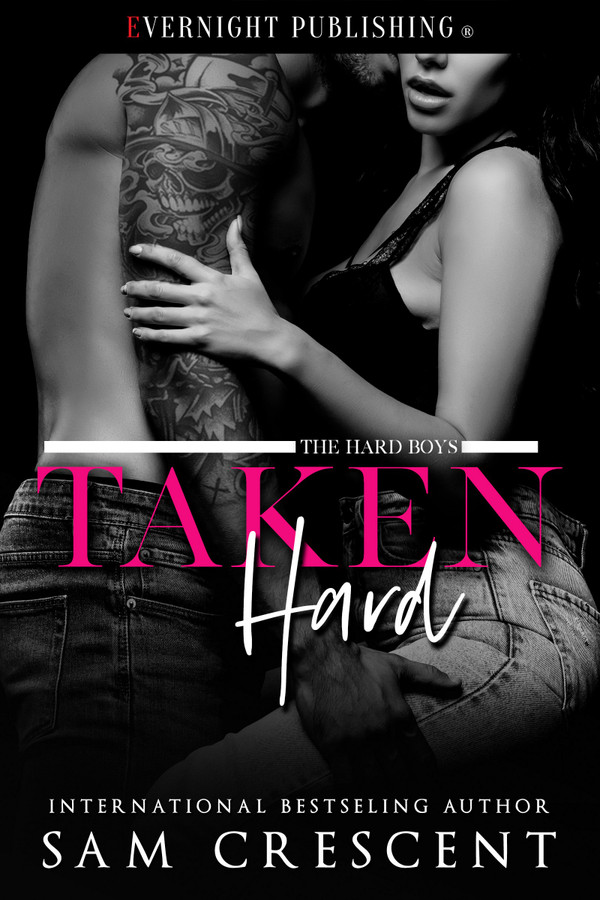 With women throwing themselves at him, Caleb Hard never intended to settle down. But he secretly wants to find a woman and have a marriage exactly like what his parents have. The moment Lilly enters his world, he can’t get the woman out of his mind.

Her mother’s reputation follows her everywhere, and Lilly is used to being whispered about. When Caleb offers her friendship, she’s more than happy to take it. What she doesn’t expect is for him to admit he wants a virgin like her. A perfect gentleman, Caleb doesn’t rush.

He’s fallen in love, and this isn’t about sex. He wants forever, but he doesn’t want to scare her off. Is there any chance of them ever truly working?

The food was delicious, as was the company. Caleb could cook. Lilly sat back down as he finished reading one of his favorite parts in the story.

He really had read the book and enjoyed it.

“So, to conclude, we both loved the book,” Lilly said.

“I did, and it was nice talking to someone about it.”

“Yeah, I’ve never done this before.” She tilted her head toward him as he sat down on the sofa beside him.

She couldn’t help but notice how plump his lips were. The book he’d chosen had been a little steamier than she thought he’d go for. It made her regret giving him her book as there was a lot more sex, and it was kinkier as well.

Her fantasies were not soft or gentle, but hard.

“What are you thinking about right now?”

Rather than have another coffee, she’d opted for a single glass of wine, and as he looked at Caleb now, she wished she hadn’t. She became more honest and open. “I shouldn’t have given you my book.”

“It’s dirty. It’s what I write.” She leaned back and sighed. “I think about sex a lot.” In the back of her mind, she was screaming for herself to shut up.

“Never had sex.” She pressed a hand to her mouth. I shouldn’t tell you that either.” She let out a giggle. “And I shouldn’t have had that glass of wine. Also, while I’m being so honest, I think I’ve developed a little bit of a crush on you.” She held her fingers close together.

Before she could talk herself out of it, she cupped his cheek. “And I know there is nothing we can do about it.”

She pressed her lips against his, and Caleb groaned. “Fuck me, Lilly, you’re making this hard for me.”

“You shouldn’t taste so good, and I should have stuck with the coffee.”

Caleb sank his fingers into her hair and kissed her back.

He pushed her back against the sofa and she arched up, wanting to touch his body. The wine went to her head, and just as quickly as Caleb had her on her back, he pulled away. “I think it’s time for you to go home. I’m going to take you home.”

“I do. I always do.” He cupped her face. “But not like this. When I kiss you, you’re going to be alert for it. It’s not going to be something you forget the next day.” He pressed his head against hers.

“You make it really hard to fight this. I’m going to be a good man for you.”

Lilly’s mother was the town whore and from a young age Lilly had been branded with the same reputation. As such she avoided men in general – and the Hard boys in particular. Caleb Hard was certainly a player, but after being introduced to Lilly something about her struck him as completely different. Intrigued, Caleb desperately wants to learn more. Will Lilly be willing to risk her heart and her reputation on a man like Caleb? I found this to be a fun and seriously steamy story. While both Lilly and Caleb’s characters were somewhat predictable this didn’t detract too much from my enjoyment of the story. Caleb has a large and rambunctious family which always is a great addition to a story with plenty of antics and interesting secondary characters. I also likely that Lilly had her own set of close friends with Aunty Betty and Eliza. It gave me the strong feeling that even with her personal strength and determination Lilly had her own tribe to help uplift and protect her and Caleb couldn’t take advantage of her emotions and feelings for him. I was both relieved and impressed that Caleb and Lilly took their time in getting to know each other. While it’s fairly standard for an erotic romance to have the main characters jump into bed and be intimate pretty early on I really enjoyed that Caleb took his time with Lilly and let things progress a little more naturally and slowly. This was wonderful to read and really heightened my enjoyment of the story – seeing Lilly and Caleb form a connection, interact together and it let me see how they could work in the longer term and not just be simply infatuated with each other and have that whither down the track. It was lovely to read and really bumped up the believability for me. That said there was certainly plenty of steam and passion once Lilly and Caleb made it to the bedroom. Readers looking for an explicit and steamy story should definitely find this aspect of the book meets their expectations. With a good sized cast of secondary characters, some fun and interesting conflict with other members of the town and a lovely emotional and slow paced romance this is a great book. I enjoyed the small tag towards the end giving the reader a small glimpse of what the next book in the series will be and feel that this is a steamy and lovely story.

Whoop! Whoop! I discovered a new series by Sam Crescent. Now I must go back to book #1 and meet James Hard. But enough about James…...let’s talk about book Taken Hard which is book #2. Caleb Hard is known for being a playboy in his small town. He is the towns mechanic and was once a ladies’ man. Caleb is now reforming his ways to find a woman to settle down with and raise a family. He wants what his mom and dad have and believes he has found it with the town’s librarian Lilly. Caleb cannot stop thinking about Lilly and finally asks her out as friends to get to know her better. Spending more time with Lilly, Caleb finally breaks down and tell her that he would like to date her romantically. Caleb treats Lilly like a precious diamond to be treasured forever. Lilly is a librarian in a small town. She is the talk of the town most days, because of her mothers’ bad choices in the past. This makes Lilly stay to herself and alone. When Caleb shows his interest in her, it’s a breath of fresh air. They form a bond of friendship, that eventually turns into love

This was another great story! I liked that Caleb took his time with Lilly. He&#039;s been with a ton of women and Lilly is the daughter of the town wh**e so people think she&#039;s the same way and that&#039;s how she&#039;s treated. I loved that Caleb worked to get her and that his family was on her side once they realized that he was very serious about her. Enjoyed the storyline with her boss (spoiler). Sam did a great job on this! I can&#039;t wait for Rome&#039;s story!

This was a refreshing story. More like a slow burn because Caleb takes his time with Lilly. Yeah, he&#039;s been with women before her but there is no OW drama except for one girl and Caleb takes care of it. Lilly&#039;s mother is basically the town w*#re and people think she&#039;s the same way so she&#039;s treated that way. I loved that Caleb&#039;s family was on her side once they realized that he was very serious about her. Hated her mother but loved Caleb&#039;s family! Great story and now I&#039;m wanting Rome&#039;s story!

This story is so cute. Caleb and Lilly are so good together. Both of them are victims of false rumors and are being discriminated due to their backgrounds. For Caleb, it was love at first sight, but for Lilly, she felt she wasn&#039;t good enough. After overcoming miscommunications, they both decide to try to be together. Afterwards, their love grows stronger and Lilly becomes more confident about herself. I definitely recommend this book.

Hard to Get by Sam Crescent and Stacey Espino

Ride Her Hard by Sam Crescent