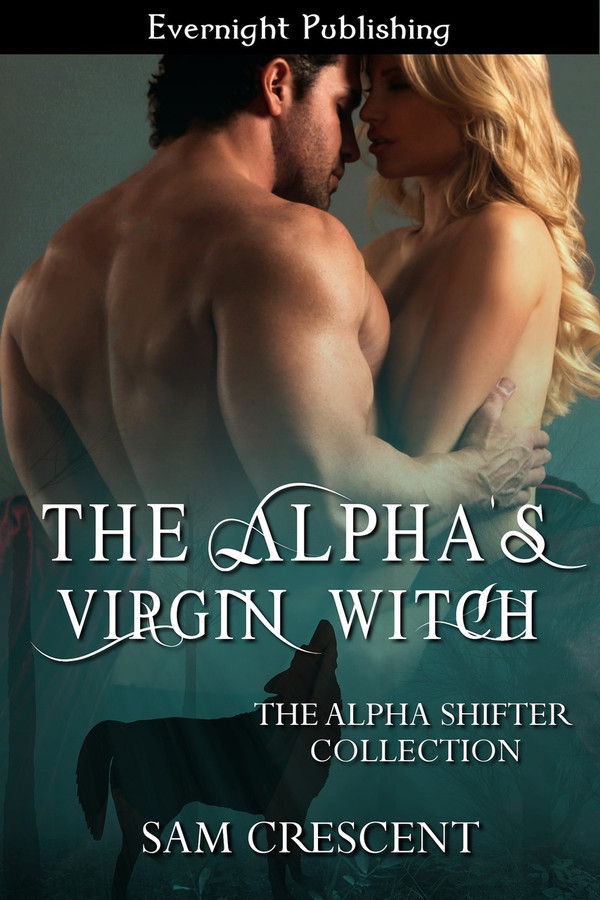 Though not a wolf herself, Lucy has always been part of the wolf pack. Years after discovering she's a witch, Lucy’s ready to go and find others of her kind. The only way to do that is to leave the only family she has ever known.

Caleb is the Alpha’s son, and one day he'll take over as ruler of the pack. Lucy has always interested and intrigued him, and now that she is planning to leave the pack, he realizes that he cannot allow her to leave. He strikes a bargain with her—he'll give her everything she has ever craved, and in return she stays. Together they explore the attraction between them, and Lucy starts to practice with her magic.

However, strangely, Lucy has the abilities of both a witch and a warlock. When she almost kills one of the pack females, the truth is revealed about who she is, and the danger she poses to everyone. Caleb will do everything in his power to keep Lucy safe. She is his mate, the one female that calls to his wolf, and he refuses to lose her.

When witches and warlocks come to destroy Lucy, she has to make a choice. Is her love for Caleb strong enough to sacrifice herself and her magic? Will she survive when put to the test?

“If you leave, she will try to follow, and it will torture her wolf.”

“She loves you as well. It will hurt her for you to leave.”

“Are you trying to get me to stay?”

She released a sigh, and Caleb looked toward the dance-floor. Guy had gotten Bianca into his arms, and the couple looked sweet together. Bianca was tense, but his friend was showing a great deal of restraint, which surprised him.

“It is. I can’t let her leave. If you could see their aura, it’s magical.”

Turning back to Lucy, he saw the wonderment dancing within her eyes, and truly wished he saw what she did. “You can see the power that binds them together?”

He looked at Lucy, wishing he knew what she was thinking. Reaching out, he stroked her cheek with the back of his fingers, touching her. He couldn’t stop. For so long he’d been watching her from afar, always wondering what it would be like to be close to her. Now he knew, and there was no turning back.

“Are you having fun?” he asked.

“I’m a little bored, but Bianca’s having a good time.”

He wasn’t about to have Guy win this. Leaning close to her, he captured her lips, sliding his tongue into her mouth. She moaned, putting her hand on his chest, and pulling away. “What are you doing?”

“We’re kissing.” He licked his lips. “It’s all part of the dating process.”

“I’m a little strange? You can see auras. What does my aura say?”

He laughed. “And you want this ass.”

Pressing his nose against her neck, he took a deep inhale. “You’re protesting too much. You forget that I’m a wolf. I can scent how much you want me. Your pussy is completely wet, and you smell so good.” Touching her thigh, he stroked up and down. The scent of her arousal grew thicker, and his mouth watered for a taste. “You wanted to date, Lucy. I’m starting to think you want to fuck as well.”

“Dating is the precursor to fucking, Caleb.”

His cock was going to burst through his jeans. She was so hot, and listening to her say “fucking” was a fantasy come true. He wanted to fuck her and take her so damn hard. She was a virgin, and their first time he’d take his time, letting her virgin cunt get used to his dick. Once he’d take that little bit of flesh, he’d show her what real fucking was all about. He wanted to screw her so damn bad.

“Are you teasing me, Lucy?”

“Tell me, Caleb, what are you doing with me? You fuck nearly every girl within the pack. What makes me so different?”

This was a good story! I loved Lucy. She was adopted into a clan of wolf shifters and grew up not knowing about the secrets that surrounded her heritage. She believed that she was human only to learn that she was a powerful witch/warlock. She was tired of being looked down on by most of the shifter clan so she was ready to leave town and take along her best, and only, friend, Bianca. Then her mate Caleb, who happened to be the Alpha heir, steps in and makes some confessions of his own. By the way her friend Bianca is a submissive wolf and her mate has been ignoring their connection too. The main plot of this story is can the girls forgive the guys for ignoring them. Who will be strong enough to stop the evil coalition of warlocks and witches from overpowering the shifters and killing Lucy for her power. The irony is that Lucy was the only person strong enough to save everyone. I loved how nothing was as it seemed in this story. In other words, it had some surprise twists. I loved that once Lucy and Caleb made the connection it grew stronger. The intimate scenes were very sensual. I especially loved the mystical part with Lucy’s parents. This book was short, fast paced and the romance was real sweet. Of course Sam Crescent always takes me into the story and makes me wish that the book was longer.

Sam Crescent is an automatic buy for me. I have all the books in this series and have loved everyone of them. This is another awesome book. I was so rooting for Caleb and Lucy. I also love the fact that in this series, every book has a happy ending, which I want. Thanks for another great book Sam!!

Really loved this book had a hard time putting it down.Greatly enjoyed this, I love to see a happy ending. Paranormal romance Wolf Caleb meets Witch Lucy myth.I liked it. It was fun,Sexy and exciting. The chemistry was great with the character and very well developed. I loved PNR!

The Alpha's Virgin Prize by Sam Crescent and Stacey Espino