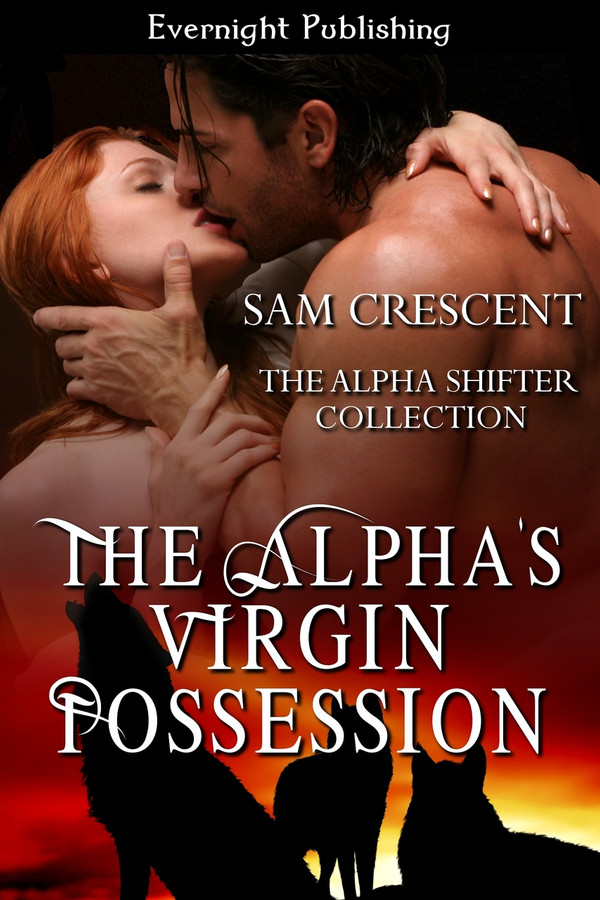 Nick is an outlawed alpha wolf who is never allowed to be part of or rule a pack again. He’s all alone and has spent his time making money. Now with plenty of wealth, all he needs is a female wolf capable of taking his passion, and he discovers a place where he can buy what he’s looking for.

Clara is a full-figured wolf. To her pack she’s considered an outcast because of her curves. No one wants her, so her family sells her to the highest bidder. Scared and afraid of the man who owns her, she tries her hardest to hate him. But Nick is not all he seems. Not only does he care about her, he awakens a passion Clara never thought possible to feel.

Their time together brings them both joy and love, but all too soon they could be torn apart. The sale of female wolves comes to light, and the collective of alphas has the final decision on whether Nick and Clara can remain together. Can Clara prove to them she’s in love with Nick, or will they take her away because she was sold and not mated to him?

“I can wait all day. We’ve got guests coming,” he said, reminding her.

She growled at him, stamping her foot.

“Fine, let’s get this over with.” She lifted the shirt off her body, revealing her creamy flesh to his gaze. Her hips were wide, her stomach nicely rounded. Up his gaze went to stare at her full tits. They were perfect with large rounded red nipples. Her hands rested on her hips. “Well, what do you want me to do now?”

“Sit on the coffee table,” he said.

He had to control himself so he didn’t pull her onto his lap and pound inside her tight pussy.

She glanced behind her then lowered her ass to the wooden coffee table. He always knew it would come in handy when he bought it.

“Lean back on your hands.”

Going to his knees before her, he gripped her knees, opening her thighs. Her arousal surrounded the room. The fragrance was heady, intoxicating, and sent the need to fuck coursing through him. She’d been left alone for far too long. Her mating need would be right around the corner, and he’d be the one to claim her.

Clara fought him to keep her thighs closed. He held her steady, refusing to let her close up on him.

“What are you going to do?” she asked.

“You’re going to trust me to give you more pleasure than you could ever imagine.”

She was panting for breath.

Her body remained tense even as he opened her thighs and drew her to the edge of the wooden coffee table.

Keeping his gaze on her he glided his hands up her thighs feeling the muscles quiver beneath his touch.

“Don’t worry about a thing, baby. I’m here, and I’m not going to do anything to hurt you.”

In “The Alpha&#039;s Virgin Possession” we have Nick and Clara. Clara has curves and that’s a bad thing to have in her family. So they sell her to Nick. Nick is an alpha as well as an outlaw wolf. He can’t be part of a pack or rule one. Cara soon becomes more than a pet for Nick as they bond. Trouble is on the horizon when for Clara and Nick. More money is demanded and the council gets involved. First, let me say buying anyone is wrong. But Nick, in desperation for a she wolf, buys Clara. Clara’s pack is just wrong. I am glad they got in trouble and the whole buying of the she wolves is stopped. Nick is your typical alpha wolf shifter. He is strong but has a softer side in him when he meets Clara. Clara has had a rough life. She has a weight image problem and then on top of that is sold. I am glad she found Nick and their life works out. It was nice to see them get there happy ending. Each book in this Collection is about a strong alpha and females. Each is in a different pack with a different opportunity. If you are a fan of this author I am sure you will enjoy this book even with its back story.

Book 3 of the Alpha Shifters. Keep in Mind the books of this series are no way connected to each other and can be read in any order. My heart went out to Nick who was an Alpha who did the right thing only to be outlawed. Clara is just all class, handled the situation with complete calm and no tantrums tho she must have been terrified by the position she was put in. I roared with laughter at the 5 yrs later part totally loved it.

The Alpha’s Virgin Possession by Sam Crescent is an enthralling paranormal romance that I enjoyed immensely. I have read and enjoyed other books by this author and don’t plan on stopping until I have read every book she has ever written. The Alpha’s Virgin Possession is the third book in the Alpha Shifter Collection series. I have not read the previous ones but I would like to do so soon. It is Nick and Clara’s story and one I will not forget soon. Clara has been ridiculed her entire life. She isn’t skinny and she doesn’t look like the rest of the shifters. She is used to being the cast off and she has tried to make the best of it. Then her father sells her to Nick and her life turns upside down. She is someone’s possession and she doesn’t like that but there is something about him that is different than all the wolves in her pack. He hasn’t forced her into anything like she expected. The more time they spend together the more her feelings grow for him and it seems to be reciprocated. The more he reveals about himself the more she realizes he is just the alpha she was meant for. Their relationship is progressing smoothly until her father returns and threatens their serenity. He found out how much Nick was worth and demands more money or he was going to the council to report to him. When Nick tells him go ahead and he will get in trouble for selling her in the first place he seems to back off. Shortly after that the council comes knocking at the door to decide whether their union is legal and true. If they determine the transaction was illegal it could cause them their relationship. Will the council side with them? Or will she lose her love for the rest of her life? Nick has been without a pack for quite some time now and he doesn’t mind it. He enjoys the solitude and doesn’t miss the politics of being an alpha leader of a tribe. He has established himself quite well and his only problem is non-shifter women cannot keep him satisfied and he is too much for them. He needs another shifter that can match his passion but he doesn’t have that choice without a pack. He learns of a place where he can buy himself one. That is when he buys Clara a beautiful plus sized shifter that is an outcast in her pack. He knows the moment he sees her that she is perfect and is exactly what he needs. He knows that he can’t force himself on her and gives her time to adjust. The more time they spend together the more she means to him. When her father shows up stirring trouble he is afraid that he will lose her forever. Then his friend shows up and tells him the council is going to show up and decide whether their union is going to be allowed. He also offered to give him his old pack back. Nick wasn’t happy about either development and let it be known. Will they convince the council that their love is real? Or will their hearts break? I devoured The Alpha’s Virgin Possession in one sitting. The plot was interesting and the characters were loveable. My favorite character was Clara. I liked that she was a plus sized shifter and that she was perfect for Nick. I liked that she asserted herself when needed and that she had the confidence to do so despite the fact that she was so ridiculed in her pack. I liked the chemistry between the two of them too. I liked Nick’s character because he was an underdog and he made something of himself despite it all. I also like his backstory because it proved he was a man of integrity and that he really cared about his pack when he was their alpha. I had already liked him at that point but it made me fall for him more. I would highly recommend The Alpha’s Virgin Possession to anyone who enjoys paranormal romances.

This was a really good story about Nick and Clara. Nick bought Clara and took her away from her own personal hell. It was interesting watching Nick work through his past and what Clara thought when he told her. Clara finally came out of her shell and was such a strong person.

The Alpha's Virgin Prize by Sam Crescent and Stacey Espino