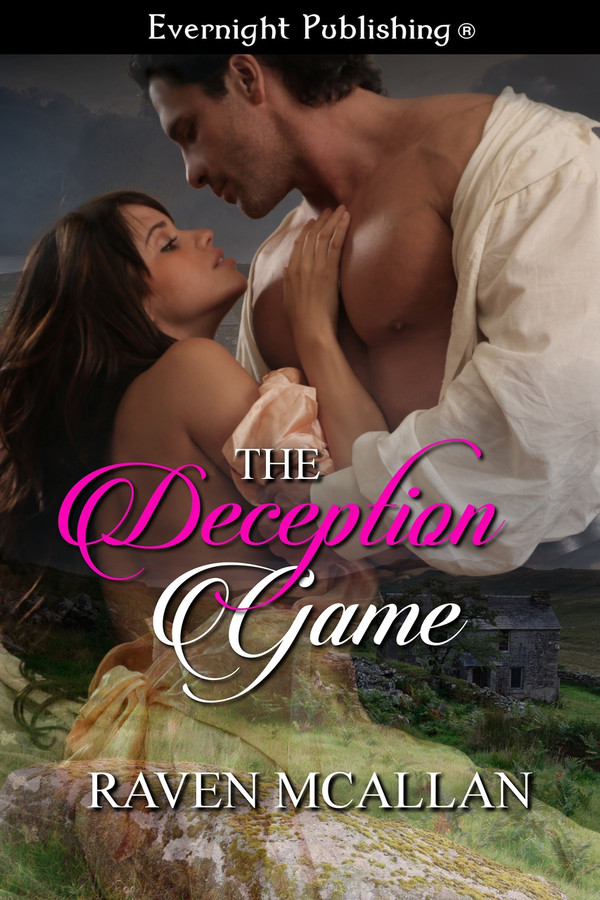 Jack, Lord Trevithan, is about to offer marriage to Beatrice’s sister Louisa. For Beatrice it’s personal: Jack is the reason she’s been banished from polite society. His interest in her sister is the perfect opportunity for some swift and merciless revenge – and keeping Jack away from Louisa will all but guarantee her sister’s happiness, for Louisa loves another.

But Jack isn’t a man to take a challenge lying down, and Beatrice’s desire for retribution ignites a fire in him, a burning need to possess the woman whose downfall he so unwittingly engineered several years before. Can Beatrice stifle her attraction to him long enough to get the job done? Or will Jack’s overwhelming physical presence conquer her affections?

With a groan, Jack pulled her tight to him and kissed her. His tongue demanded entrance and Bea opened her lips without conscious thought. Her mind went blank and her whole being became focused on him. The texture of his skin as it touched her face, his breath as it feathered over her neck just before his mouth met hers, and the way he molded her to him, so their bodies met in a dance of desire.

He tasted of man. Even in her befuddled state, Beatrice decided he spelled trouble. However, trouble could wait. The long forgotten itch deep inside her had begun to surface and demand attention. She sighed into his kiss, and wriggled on him, to try and assuage the throbbing.

He lifted his mouth. “Not enough,” Jack said thickly. “We need more, you need more.” He shifted his leg until Bea’s quim rested on his thigh.

“Rub on me, love, ride me and scream as you reach your release.”

What?Bea dipped her head so her hair hid her heightened color. Her skin was on fire with tiny pinpricks of desire and her nipples chafed at the material covering them. Through her dress the insistent pressure of his leg as he lifted it up and down and moved it side to side, pressing and rubbing her, encouraged her juices to gather, and her quim to contract.

Long suppressed feelings flooded her, and Bea realized it wouldn’t take much, before the inferno she’d ruthlessly quashed for all those years once more engulfed her. She gave in to the moment, and matched his movements, rub for rub and thrust for thrust. Her skin was so sensitized, and her breath choppy that she moaned, and searched for that elusive something that she’d missed. Luckily Jack understood and increased the pace of his movements.

She was aware her muff was damp, and her quim throbbed as the avalanche of feelings overwhelmed her. Bea began to shake and Jack thrust his thigh hard against her.

“Ride me, fall apart for me, Beatrice. Scream your completion. Do it now.”

The command in his tone was enough for her to obey. She screamed. Long and loud as her body filled with heat, and daggers of hot arousal stung her. Stars sped across the inside of her eyelids, and she would have sworn the earth shook along with her. Wave upon wave of sensations bombarded her and her skin tightened until even her scalp tingled. With a gush of arousal she fell into the abyss, and slumped on top of Jacob. It was many seconds before she became conscious of his hard staff squashed between them.

It was almost too much effort to lever herself up off of him. She tried, but got no more than a few inches before he pulled her back down.

“Stay there.” The chain, which helped to hold his hands captive, was warm from his body, and slid over her neck, as he used his fingers to comb through her curls. “Relax. You have my word I’ll do nothing to aid my escape.”

Bea slid boneless and slack bodied down onto him once more. It would have been comfortable except for his pego, which throbbed against her.

Does a man’s weapon have a mind of its own? It seems so. Why am I muttering such rubbish to myself? I am sated and oh so tired, and need to remember why we are here. She allowed herself the luxury of a few seconds’ rest. His heart beat erratically under her cheek, and his breath tickled her nape. If it wasn’t for the hardness of his body, she would have thought he was a man who had reached his own climax and gloried in it. Instead, Bea suspected he was uncomfortable, and needy. Dare she give into temptation, and help him to his release?  Was it too forward? That made her smile. How could that be too forward when not minutes before he encouraged her to gain her release with the aid of his thigh?

There was only one problem. How to do it? She may have had a full—or as full as Harold’s imagination allowed—sex life with her late husband, but some things she knew nothing about, until she’d happened upon an old book in the library of her parents, one she assumed they had no idea was there. The plates inside it opened her eyes, made her inner muscles contract, and encouraged her to try some of the things shown on herself. Taking a man in her mouth hadn’t been something she’d had the opportunity to practice. However, she decided that to actually take him inside her elsewhere was several steps too far.

Now’s my chance, to see what a man tastes like…there. She slid even lower, and Jack lifted his hands to let her. As her cheek made contact with the material that covered his cock, Bea took the edge in her teeth and pulled it away from his body. His pego sprung free like a bullet from a pistol, stroked her face like a lover, and rested close to her mouth as if seeking succor. It occurred to her, she really did think it had a mind of its own.

“Are you sure?” Even to her untutored ears, Jack’s husky voice brought half-remembered pictures from her reading to the forefront of her mind. Goose bumps covered her skin. Her heart missed a beat as his hands stroked her hair. The slight tug as he finger combed some tangles brought her awareness of him to the fore. Before she could answer him in the affirmative, he continued to talk.

“For if you are, I accept with alacrity,” Jack said. “Oh and pleasure, both yours and mine I hope will be the outcome.” His words enticed and teased her. Bea licked her lips, before she used the tip of her tongue to circle the head of his staff.

He was heat and velvet, with a core of steel that pulsed in time to her heartbeat. It thrummed through her like the echoing notes from a harp, and plucked at her heartstrings like the clever fingers that played the instrument.

Drops of liquid coated her tongue as she traced the line of the tiny opening. Bea dipped her tongue gently inside and gathered his essence up before she swirled it around her mouth and over his cock. The sticky essence was warm, and salty with a hint of sweetness. She firmed her lips and pulled him further into her mouth, and the slick skin moved with her action.  If it was possible his staff responded by growing bigger and harder.

My goodness, what next?

Beatrice has had enough of Society and is ready to set up her household alone. However, she can&#039;t possibly sit back and watch her sister be forced to marry the Earl of Trevithan. Instead of simply stating her concerns, Beatrice takes action in THE DECEPTION GAME by Raven McAllan. While short in length, this is a story packed with heat. Although Trevithan is taken by surprise, readers soon discover that these two share a past. What starts out as a kidnapping ends up capturing them both. Some of the language is a bit odd; I can&#039;t say I have ever heard of a &quot;pego&quot; as a reference in a love scene. Aside from a few examples like that, the interaction between the two is well crafted. The story moves along well, providing readers with a good storyline to support the heat between the characters. When the prisoner turns the tables and the restraints become part of their interaction, Trevithan and Beatrice become equals. With deception cast aside, the characters set forth to explore their shared passion. - See more at: http://erotic.theromancereviews.com/viewbooksreview.php?bookid=20361#sthash.p9jhavpt.dpuf

Beatrice devices a plan to ensure that her sister does not have to accept a marriage to someone she does not love. With the help of the man her sister does love Beatrice abducts Jack. Jack awakens to find that he has been tied up and abducted. He wonders who and why he was abducted. It doesn&#039;t take him long to realize that his captor is a woman. Now he must figure out who she is. When he learns that he&#039;s been abducted to keep him from offering marriage to her sister he is shocked. The last thing that was on his mind was marriage, and that is not why he was going to see her father. But to get all the answers he wants he must turn the tables on Beatrice. The only way he knows to find out why she feels so strongly of him marrying another is to tie her up like she did with him. They both have been in love before, and both have suffered great loss in their lives. Can they be what the other needs? Raven doesn&#039;t disappoint. With a wide range of emotions you feel like you are right there in that small cabin with Beatrice and Jack.