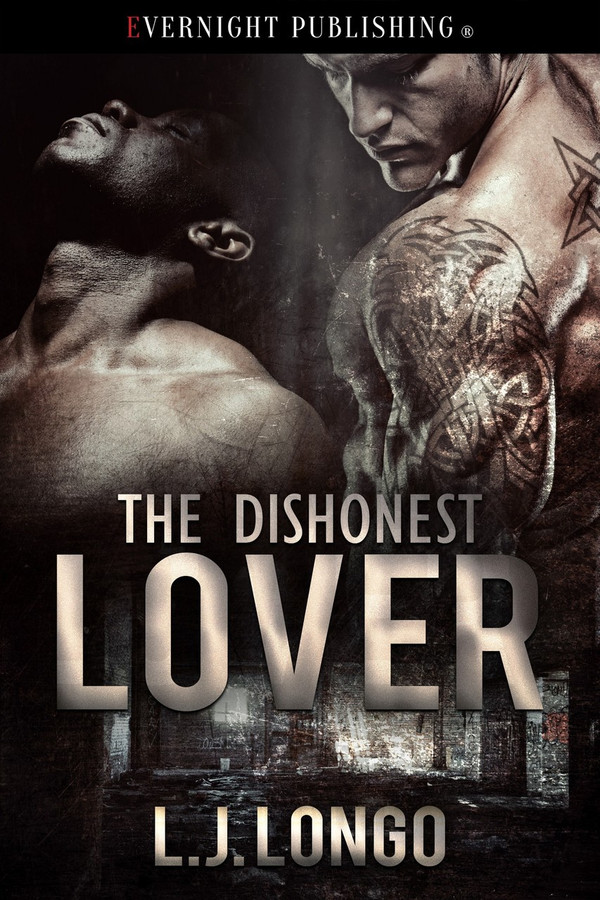 For Royal Chanticleer, forging false IDs was basically joining the Peace Corps: make a little money and help refugees. But when his employers branch into human trafficking, Roy decides to steal his share and cut ties.

George Morrison, a lapsed Catholic and non-practicing gay in Ireland, has his lonely Christmas disrupted when a dangerous gang demands he abduct a fleeing con-artist by threatening his family. George manages to capture Roy… when Roy mistakes George for the average local, he charms and seduces him.

Suspicion and desperation soon war with their growing love for each other as Roy struggles to escape and George fights to protect his family from the gang that might kill them both.

“Another beer, cutie?” The man behind the counter sashayed and winked at him.

George nodded trying not to see the bartender.

“Sure I can’t interest you in something hard? We serve great cocktails. Sex with the bartender is my favorite.”

George shut his eyes and blocked out the suggestive remark. “No, but thanks. Just another Guinni.”

The bartender went away and George could breathe again. He had to figure out a way to get a hold of Dizie and get Roy into his car. Had to stop thinking about sex.

How to do that? When right there was the dance floor. Male bodies grinding. George had no idea there were that many gay men in Galway, though with the tourists…

Boyish cheeks leaned against neatly trimmed beards. Lips on ears. Bulges in tight jeans or tenting pressed trousers, over here rubbing against the firm globe of another man’s ass, over here against a stranger’s thigh, then his hand. Sex just there for the asking. All George’s dirty DVDs came to life and surrounded him in this prissy club, suffocating him with the heat and promise, drowning him in the scent of wine, sweat, and his own desire.

Then Roy stumbled out of the crowd, smiling, laughing at someone else’s joke or maybe his own happy thoughts.

His eyes shone with too much liquor and he staggered toward George, then fell into his chest. Instinctively, George caught him under his arm to bolster him. He’d caught many falling drunks in order to sit them down and call a taxi.

But Roy was different. For one thing, Roy hugged him.

George’s breath sucked out of him. Accident of gravity, sure. Just a faltering step, sure. But the look in those big brown eyes, the way his fingers lingered to trace a circle over the flannel of George’s shirt, made George’s cock lunge.

“Hello there.” George tried to steady the American on his feet. “I think you’re drunk, mate.”

Roy closed the gap between them. No accident. Not in the way the American pressed his lean body against George’s mass and squeezed away any space between skin and muscle. “As an otter in a Kansas cornfield.”

“Is that a real expression ’cross the pond or just drunk nattering?”

The bartender returned with George’s beer and cooed with approval.

“No! It’s not like that. He’s just—” George tried to step away from Roy, but the bar prevented him and besides Roy was … Roy took his hand.

George was aware he was stronger, that he could easily break the drunken hold on his wrist and pull away, but his hand went obedient and limp where Roy lead it. His fingers settled on the swell of Roy’s ass. George trembled weakened by the wave of desire.

Roy was smiling. “It’s yours for the asking, Cowboy.”

George stared at him, lacking the strength to move away. Instead, he found the fresh beer and drank half in one gulp. “You’re … paralytic drunk, man.”

“Can we anyway?” Roy’s entire weight hung on George’s arm, so much trust, so poorly placed.

George sipped the beer. It was a way to get him to his car, to keep him close until Dizie could tell him what to do. Take him home. Be a gentleman, put him on the couch. Yeah. That was the way.

“I don’t care that you’re into girls.” Roy rubbed his body against the boulder in George’s trousers, spoke near his ear. “I just want you.”

On its own volition, George’s hand squeezed Roy’s ass. So taut. That’s what was meant when they talked about a juicy bottom. The music, some British bitch crooning over and over again “take me, take me home”, pulsed through his body. His blood matched the beat and his cock hammered along.

“That’s the idea.” Roy’s lips moved at George’s ear, then lower and Roy kissed him.

Not just a little peck, either. A mouths-parting, tongues-tangling kiss. It stole George’s breath, will, and senses.

A kiss from a dead man. Fuck.

George was undone. Before he could think to stop, before he could reorient himself and this man he intended to betray, George grabbed Roy’s ass with both his hands. He squeezed the soft mounds tight and jerked him even closer.

“You have no idea the hurt you’re in for, riling me up like that, you fuckin’ slut.”

Roy’s mouth opened in a kind of happy shock.

Look no further! When Roy decides to sneak out after his roommate comes home with a crazy plan, he doesn&#039;t realize that he will be in danger. George, aka, Cowboy, has been forced into kidnapping Roy during Christmas Eve and Christmas Day. After meeting George, Roy convinces him to go clubbing with some of his friends. Roy seduces George and George takes him home to his apartment. When the two get together, it is hot. The scene in the warehouse contains some pretty hot role playing. I would have loved an epilogue to see how their lives are in America.

Hiring the Tiger by L.J. Longo

Freeing the Witch by L.J. Longo