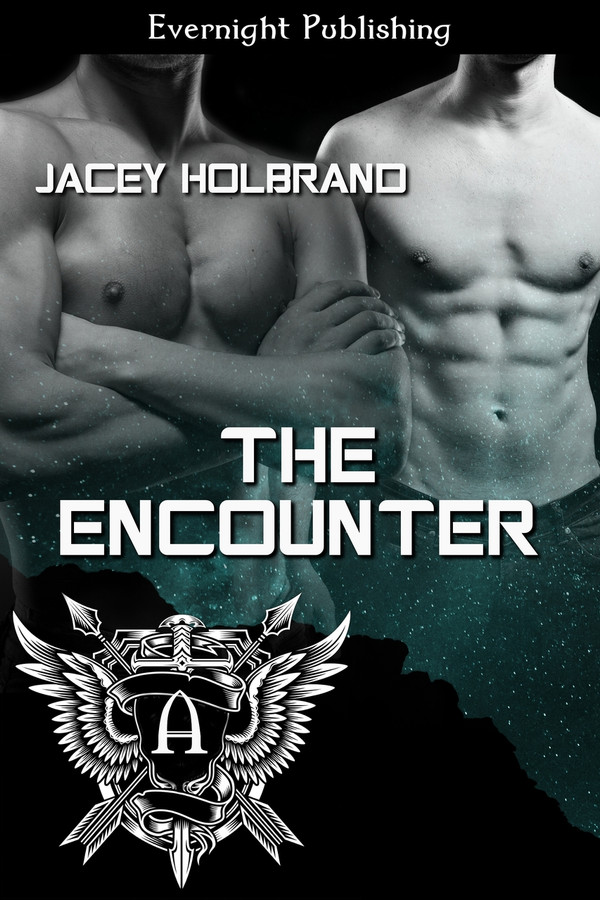 Evan ‘Zen’ Zenas is the top agent at The Agency and is known for his brusque demeanor. He’s also known to be tough on trainees. Those who find themselves under his tutelage usually don’t last long. When he’s assigned a new assistant, Seth Trivos, Zen’s faced with questions about his past he’s not too keen on answering.

Seth Trivos knew Evan once upon a time, loved him even, but when Evan disappeared, he unknowingly broke Seth’s heart. Now, he’s in Evan’s world as the newest recruit at The Agency, and he’s looking for answers.

Will Zen chase away another new assistant because he doesn’t want to open up about a past encounter or will being forced on a case together make him face the demons he’s been trying to hide from?

Zen threw his arms around him in a tight hold and claimed his mouth with wild abandon. Seth’s head reeled. He couldn’t believe he and Zen were kissing. Granted, it wasn’t anything like the soft moments and slow love making he’d imagined over the years, but he’d take what he could get at the moment.

Zen moved his hands up and down Seth’s back. The heated touch under his jacket and over his shirt seared his skin in a delightful way. Zen’s lips pressed upon his almost too violently. He swept his tongue out, forcing Seth to open his mouth.

Seth adored the taste of him, salty and spicy, and his scent of leather and earth as well.

God, for so long he’d waited to have Zen in his arms, his body close. Zen’s lips trailed down his neck. Seth reached up and cupped the back of Zen’s head. Zen pulled at his shirt, tugging it from the confines of his pants without breaking the kiss. In the process of kissing him, somehow Zen was able to unbutton and unzip both their pants and free their cocks out of the openings.

Desire rushed through Seth, clawing at his insides. Zen clutched at him like a drowning man scrambling for purchase on any floating thing to save him from the watery depths. Hands traveled over his shoulders, up his shirt, feeling all the nuances of his chest and back down to his rock-hard cock. The man held their dicks against each other, and Seth sucked in a long stream of air. The feel of their two satiny lengths rubbing together was a heady sensation.

Zen turned their bodies and laid them down. He stretched over Seth. Seth loved feeling the weight and heat of Zen’s strong body atop his. Still, Zen continued to kiss him, and he continued to surrender to the demand of Zen’s mouth.

In The Encounter we first meet Evan, or Zen as he prefers, who is an agent for The Agency whose job is to investigate paranormal activity. Zen is one of the toughest agents around and he really is like an old bear when it comes to new recruits. Think &#039;Dirty Harry&#039; in a scifi setting. LOL. He&#039;s also closed his heart out to love. But when Seth shows up, a man from Zen&#039;s past, he has to work real hard to break down the walls Zen has built around him. Their chemistry sizzled throughout and I was glad there was a follow on book with more of them.

Evan &quot;Zen&quot; Zenas is one of the best agents The Agency has. Funny his nickname is Zen, considering he&#039;s just about anything but. Zen will chew up and spit out new recruits to The Agency faster than anyone else, but he&#039;s only doing to it make sure they&#039;re right for the job. Imagine his surprise when a little blast from his past becomes his next assistant, Seth Trivos. Seth has his own agenda. There are things he needs to know, and Zen is the only one with answers. Unfortunately, those high walls Zen has built up might just keep him from giving what Seth needs, or getting his own happily ever after. The Encounter is a short read. Really short. It doesn&#039;t delve too deep into the characters beyond face value of the story, meaning you&#039;re not meeting people close to them, or seeing them in other situations other than exactly what you get from the start. It also doesn&#039;t explain a lot about The Agency they work for, other than the fact they seek out paranormal activity, and from what I gathered here, Zen specifically seeks out alien or otherworldly activity. So if that isn&#039;t someone&#039;s style, just a quick read, then this probably isn&#039;t for them. We really don&#039;t get to see them at work, so to speak, either, but for a trip out that doesn&#039;t add up to much other than some sexy times. Hey, that was fine with me. I don&#039;t so much mind the shortness myself. I enjoyed the small bit of backstory between the two, which I think set it up well for them to become a couple. Zen has his issues, and rightfully so. One his &quot;encounter&quot; comes to light, everything about him suddenly makes a great deal of more sense. Especially why he changed all those years ago. Seth, on the other hand, is a man on a mission. Determined to know and pick and prod until he gets every answer he wants, and frankly, it&#039;s probably just what Zen needed to break him out of his shell. Someone to force him into talking. He needed a safe haven, Seth happened to step up to the plate. The vagueness of this story and The Agency itself works well for the series, I think. It makes a reader curious to pick up the next book and see what information they can find between the pages for more satisfaction. The hotness level for the scenes in this particular story wasn&#039;t off the charts, but it was appropriate for the length and characters, which I appreciate a heck of a lot more than 12k of porn. If short stories are your style, pick this one up and give it a try.