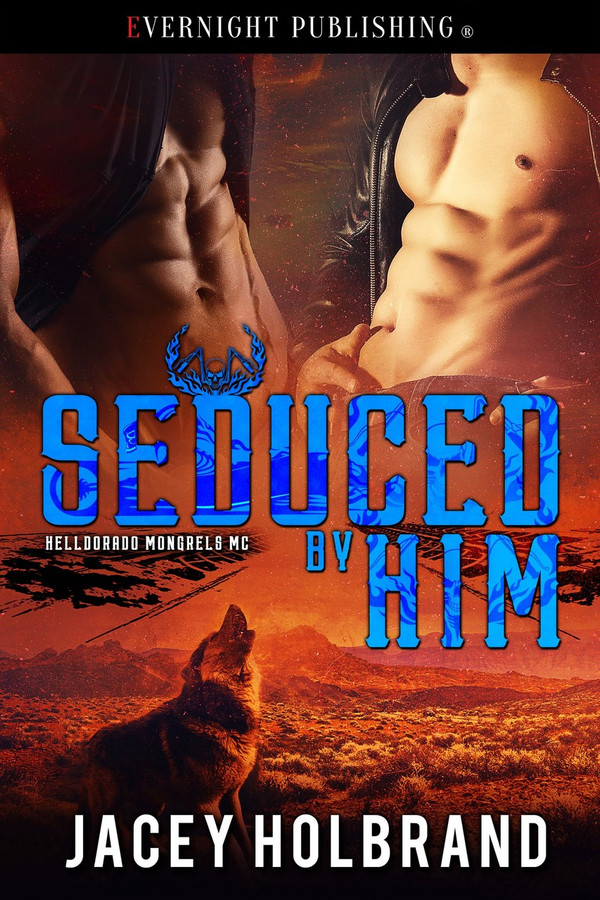 Wolf shifter and member of the Helldorado Mongrels MC, Dante “Tex” Valentin is restless and dissatisfied. He goes on a ride in search of excitement, never expecting to encounter his mate—a human male.

Jarrod Russell is envious his brother, Cameron, found love. Wondering if fortune will ever smile on him the same way, he runs into a man who rocks his world. A man he believes could be the love of his life.

When Jarrod and Tex’s paths cross again, a passion-filled night connects them. Because of who they are, though, they’re in danger from the Mongrels. Will their relationship be over before they even have a chance to love?

The crowd’s excitement grated on Tex. Didn’t these people feel anything for a fallen comrade? Especially those related to the deceased? How could Preach be happy about a death of a family member?

Tex turned to head back to the clubhouse and grab a beer. The fight hadn’t perked up his mood. He had to do something to shake his disquiet.

Thumbs hurried to his side. “You sure you fine? You don’t seem fine. You know if you fight you never die. You not related to anyone here.”

“That’s true,” Tex replied. He hadn’t been a miner’s dog or a feral one. He wasn’t a Shinan wolf. He was from a Nagul shifter line and had traveled to Nevada, back in the gold and silver rush days, to find his fortune. He’d just happened to have been in wrong place at wrong time and got cursed with the rest of the poor animal souls in the area. Yet like Thumbs reminded him, it was a good thing. No one here could murder him since only immortals of the same breed could kill each other. Like Kane and Preach both being from the Shinan bloodline.

Unless, of course, it was Tabu wolf against Shinan wolf. They could do each other in without blinking.

Maybe that was it. He missed having family nearby, actual family, not brothers made so because of some club. Perhaps it was time to escape the ’pound and return to Texas.

That didn’t feel right either, though. He hadn’t given his family much thought in over a century. Why would he care now?

Besides, like it or not, the moment that crazy renegade Native American, Queho, had uttered his spell, Tex had become a member of the El Dorado canyon pack, and even though the gang drove him nuts sometimes, he wouldn’t give them up for the world. The thought of losing connection to a group again, family or not, distressed him.

He shook his head. “I assure you, Thumbs, I’m good. Just something in the air bothering me.”

“Must have allergies. Come to garage. You help me with bikes. Air in there stinky. You’ll feel better.”

Tex followed Thumbs, thinking that tinkering on some engines couldn’t hurt and might even help get his mind off his uneasiness about what he’d been scenting on the breeze. Plus, it’d keep him out of trouble, like robbing a store.

The fragrance, reminding him of home cooked meals, brought up memories of happy times filled with laughter and love in the house with his mother and grandmother and other family members.

He’d always heard stories about wolf shifters discovering their mates due to scents they enjoy, but he didn’t believe he’d ever experience the phenomenon.

And the fact that he’d picked up on his mate?

It made his inner animal stir with sexual desire again.

Maybe his life was about to get interesting after all.

Possessed by Him by Jacey Holbrand