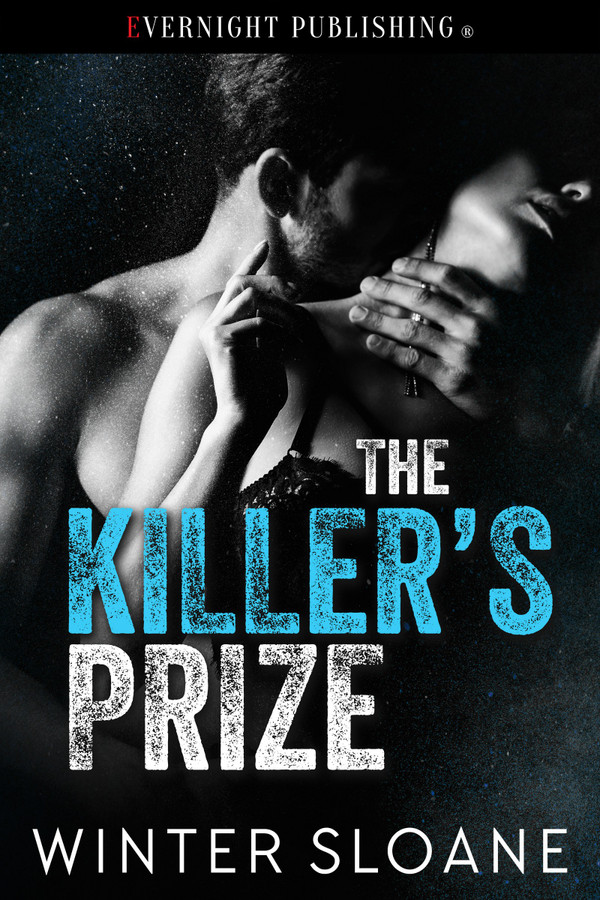 Sergio Castello’s task is simple. Kill the unfortunate waitress who saw something she shouldn’t. As the right-hand-man of the Rossi Family Don, Sergio’s probably killed more people than he can count. Ending lives is his forte except he can’t bring himself to touch a single hair on Jessie’s beautiful head. She’s his latest obsession. His prize. No one else can ruin her but him.

Jessie McDowell is a survivor. When fate throws her into Sergio’s path, Jessie doesn’t know what to make of the hitman. He’s controlling and possessive but the attraction between them is raw and undeniable. Sergio promises to keep her safe, but he wants something else in return—Jessie’s body, heart, and soul. He’s one greedy bastard. If Sergio thinks he has Jessie cornered, he’s in for a rude awakening.

Sergio jerked to one side. The bullet scored his shoulder, cutting through his jacket and shirt and drawing blood. Her hands shook violently. Sergio took three, four steps toward her. Suddenly, he stood in front of her and wrenched the gun from her hands. Part of her was glad he could move like some supernatural creature. Using a weapon capable of murder had taken several years off her life. She didn’t want to hold it again.

This was it. The moment Sergio would steal her life. How would he do it? Would he pull out a gun, a knife? Strangle her with his bare hands? Sergio did none of those things. He pulled her close until her breasts pressed up against his solid chest. Sergio wounded his arms around her, embracing her.

“W-what are you doing?” she whispered, lifting her face.

His dark-green eyes were unreadable. He lowered his mouth to hers. The kiss took her completely off-guard. Her first instinct was to shove him away, except her resistance died the moment he thrust his tongue down her throat. One kiss and Sergio managed to light a fire inside her. Jessie gripped his shoulders and responded. She became aware of her nipples tightening against the fabric of her lace bra, the moisture gathering between her legs.

Her mind might hate him, but her body reacted differently. When he pulled away, she panted.

“Does that answer your question?” he asked her. Sergio cupped her cheek. His callused fingers felt rough, but they were so warm. She didn’t know why she leaned in closer or why she rubbed against his palm like a kitten seeking heat. No one had ever touched her this tenderly before.

“No. Not at all,” she whispered. Jessie recovered from her initial reaction. She tried to draw away from him, but he refused to let her go. “Why are you doing this?”

“I didn’t lie to you, Jessie. I didn’t come here to kill you. You’re mine to keep and protect.”

Jessie is a waitress who witnessed something she shouldn’t have and Sergio is sent to kill her. Sergio can’t bring himself to hurt Jessie but he does plan on making her his. Fast-paced read with intense chemistry, loads of drama and twists and turns. Great characters and a story that draws you in from beginning to end. I really liked it!

Jessies&#039; job is to work and internally ignore all the signs that her employer is involved in the dark underbelly. But she can&#039;t ignore the sexy as sin protector, Sergio. She doesn&#039;t know just how dirty his hands are and she honestly don&#039;t care. She has a pulse and it beats for him. Sergio knows he can&#039;t touch but he won&#039;t let others do it either. One day and circumstance are about to grab these two like dice and roll them into a gamble that both secretly want but don&#039;t understand all that&#039;s involved to get there.