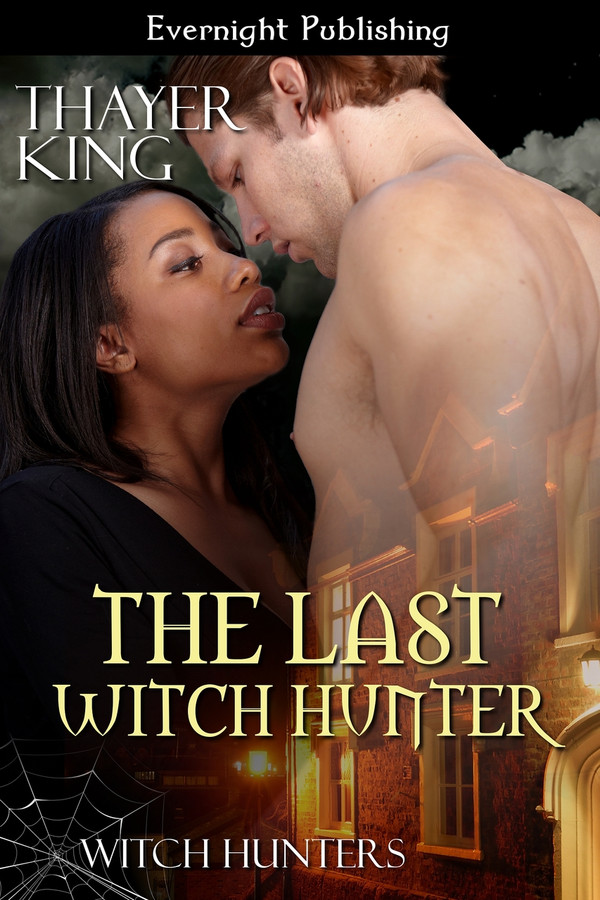 Nikita Gray is the last witch hunter in her family. Though she doesn’t want to admit it, the pressure is getting to her.  And as soon as her current mission is over, she’s going on vacation.

Ronan McKinley isn’t making Nikita’s mission easy. He’s decided that Nikita is his mate and he’ll do anything to convince her that a witch hunter and a witch can make be a perfect match.

“Is something wrong?” He shook his head, his jaw clenching. “Come on, I know something is bothering you. What is it?” For a brief second, his eyes glowed. If she hadn’t been carefully observing him, she would have missed it. Most people would have thought it was a trick of the light or believed they’d imagined that unnatural glow. Nikita recognized it for what it was—a witch suppressing strong emotion. Gotcha! She’d searched his house whilst supposedly using the bathroom. That search had come up empty. No books on spells, ceremonial daggers, or vials of mysterious potions. She had nothing to prove he was a witch—until now.

A smile graced her lips as she turned her body to face him. “What was it? Was it me searching your house? Do you have some sort of warning system?”

“I don’t know what you’re talking about.”

“Ronan, I saw it. You’re furious that you invited me into your home, your sanctuary, and that I invaded your privacy.”

He turned off the television. “Why would you do that?” He arched a red eyebrow.

“I needed to know if you were a witch. And now I know.”

His lips curled upward. And then he laughed. “There’s no such thing as witches.”

She nodded her head towards the silent television. “Mystique Gray, my cousin, is a witch. So is her husband Sean Savage. And his brother Keith Savage. And you, Ronan McKinley.”

He stood, towering over her. She had to tilt her head back to maintain eye contact. “What you’re saying is ridiculous. There’s no such thing as witches. I’m just a simple carpenter.”

She stood but he didn’t retreat. Heat radiated off his body and warmed her. “Cut the shit lest I burn your favorite pointy hat. I saw your eyes glow. You don’t need to fear me—unless you’re evil.”

Again Ronan laughed. He clasped her chin in one massive hand. “And why would I ever need to fear a small slip of a girl such as yourself?”

“Don’t I know it.” He cupped her ass with his other paw and pulled her close. His thick erection pulsed against her belly. Clearly, all of his appendages were of jolly green giant-sized proportions. Nikita inhaled. When had red headed behemoths become so appealing to her?

Ignoring an answering response from her body, she slid a hand between them and cupped his testicles. “It would pain me to twist these off.” The hand on her ass shifted and slid between her thighs. Long fingers circled over her pussy, stroking her stiff clit. A strangled yelp of surprise escaped her. “You like to live dangerously,” she gasped as he continued to stroke her.

What can I say!! Her books are always a treat! I totally loved how strong Nikita was and how Ronan was not at all intimidated by a strong black women! I loved that Nikita&#039;s vulnerabilities did not diminish her strength in any way. Great read!! THANKS THAYER!!!