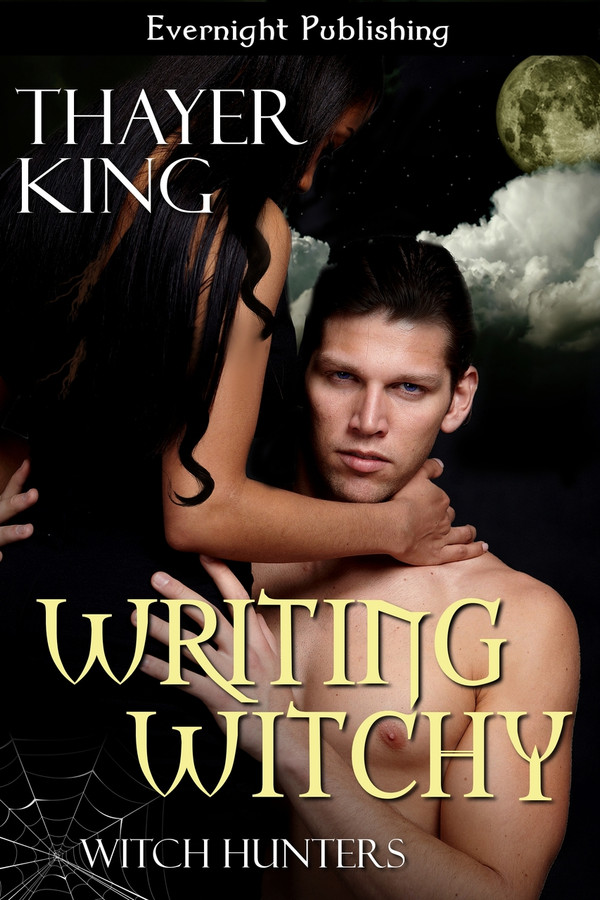 Science fiction writer and witch Keith Savage has found his mate. When he finally gets up the nerve to ask her out, she tells him that she doesn’t date. Persistence pays off and he gets her to agree to dinner. But she will only continue to date him if he agrees to her rules. No sex. And no attempting to seduce her to have sex.

Imani Tolliver isn’t stupid. She knows Keith Savage is a catch. He’s famous, he’s handsome, and he’s rich. But she has her rules for a reason. She hates sex and will be happy if she never has to suffer through it again. But when a female friend of Keith’s makes it clear she wants to be more than a friend, Imani becomes worried that she’ll lose Keith to a woman who’s willing to give him everything.

As dreams went, this one was tame and boring. Imani was at work. It was closing time. She locked the front door before beginning her routine tour of the library. Visitors often left books, magazines or newspapers unreturned to their proper locations. Occasionally, she found a purse or a cell phone.

Imani rounded a shelf and came face to face with Keith Savage. She gasped and clutched her chest. “Why are you here? The library is closed.” Closer inspection of him almost had her gasping again. He was the same, yet somehow different. Same mesmerizing bright blue eyes and jet black hair. For a moment, she couldn’t put her finger on what had changed. Maybe it was the clothes. He wore a black t-shirt that molded to his broad shoulders and flat tummy. His black jeans were so tight, they bordered on indecent. The impressive bulge between his legs was giving her heart palpitations. She tore her eyes off him before her wayward thoughts could become obvious. “Come with me. I’ll unlock the door so you can get out. I’ll be more than happy to help you with your research tomorrow.”

She blinked in surprise. In a million years, she wouldn’t have credited Keith with the ability to make such a straightforward comment. Her dream-Keith was more confident, more assertive than the real Keith ever would be. “I thought I made myself clear.”

Great, another romantic. Imani barely restrained herself from rolling her eyes. “Trust me. You’ll be much happier with another girl. I’m not the woman for you.”

He took her hand. A crackling sensation like static electricity zinged her fingers. She yelped, in equal parts from discomfort and shock. Tugging her hand away, she looked into Keith’s eyes. They appeared to be glowing.

The dream shifted and they were in her bedroom. They were still holding hands, only she was naked. With a cry she grabbed a fluffy pillow encased in a cream-colored sham and hid behind it.

She closed her eyes to avoid taking in his bared assets. “You should put some clothes on and leave before I call the police.”

But instead of leaving, he came closer. His arms wrapped around her, the pillow trapped in between. Her eyes flew open as his hands caressed her spine. He ended by cupping her bottom in two large palms and pulling her closer.

“You have no idea how much I want you, Imani.” He gave her buttocks a light squeeze.

She shook her head, causing her curls to tumble from her bun and bounce around her bare shoulders. “I’m sure you’ll get over it.”

His eyes seemed to glow. “I’ve wanted you since the first time I laid eyes on you.”

“Really?” Even in a dream, she couldn’t help but be skeptical. She didn’t dress to impress at work. In fact, she did the opposite. But she also couldn’t deny the thrill that raced through her at being found attractive by such a good-looking man.

“Mmmm.” He ran the backs of his fingers against her cheek. “Milk-chocolate skin, big amber eyes.” He plucked her glasses from her face and then grinned. “I can’t wait to eat you.”

Her body pulsed in response to his deep voice and the thought of his mouth on her. But she wasn’t fooled. This would never work.  “No.” She released her death grip on the pillow that separated them and shoved against his shoulders.

The pillow slipped. Keith pounced on the opportunity. Grasping the corner, he yanked it from between their bodies and tossed it across the room. He was swift to close the remaining distance between them. Skin to skin, he swayed so that his chest hair teased her nipples, his hard belly rubbed against hers, and the thick bar of his erection found a home between her thighs. He shifted his hips so that the bulbous head stroked through her pussy lips, taunting her clit and cunt with the possibilities of what could be.

“You’re so wet,” he groaned. He bent to kiss her neck. Leaning back, he studied her body. “Damn, you’re gorgeous.” He brought his hands up to cup her breasts, tugging and flicking her nipples. She moaned helplessly. His hips never stopped moving. His erection glistened with her juices.

Imani was trembling with an oncoming orgasm when he maneuvered her so she was lying on her back. He spread her thighs wide and slid between them. She blinked at the sight of his cock. He was large. The visual was enough to keep her silent a second longer. Keith fit himself to her opening and began to push. The head breached her, stretched her, when she suddenly remembered. She slammed her hands against his shoulders to halt his progress. “But I don’t like sex,” she cried.

Everything that I have read by this author is fantastic. She never disappoints. This book was no exception. I enjoyed the first book with Sean and Mystique. Can&#039;t wait for the next one.

I actually enjoyed this book better than the first one. Nice how the villain was taken out. It may not happen in the real world, but it is nice to know that in the literary realm good trumps evil.